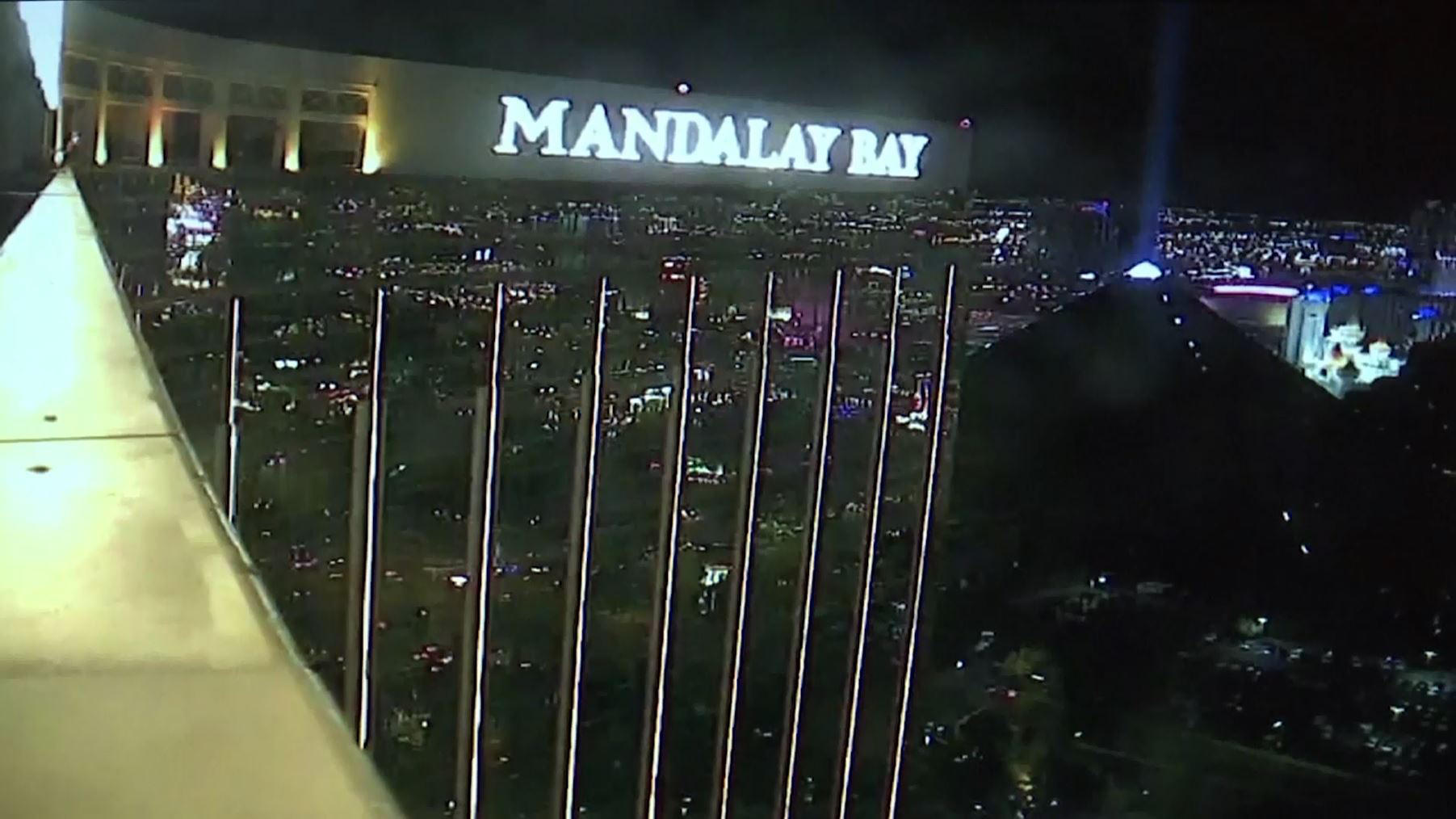 LAS VEGAS -- Screams and pleas for help, descriptions of people falling amid rapid gunfire, and breathless questions about what to do next emerged Wednesday in 911 audio made public by Las Vegas police. The release came eight months after the deadliest mass shooting in modern U.S. history.

"Shots fired! Shots fired! Hurry!" a woman screams, crying as a dispatcher asks where she is and the call disconnects. The dispatcher calls back and another woman answers.

"Machine guns are being fired into the Route 91 festival," she says. "It's coming from above, I would assume from the Mandalay Bay side over by the Luxor."

In addition to the 518 audio calls, police released video from a camera atop the Mandalay Bay resort that provided a bird's-eye view of the country music festival where 58 people were killed and hundreds were injured on Oct. 1.

The gunfire came from 32nd-floor windows into a crowd of 22,000 people at the Route 91 Harvest Festival across Las Vegas Boulevard.

The camera atop the hotel bears silent witness as floodlights sweep the concert crowd before the shooting starts; follows the massacre as bright lights come up and people flee; and shows small groups huddled over apparently injured victims.

After sunrise, covered bodies are seen as coroner's vans arrive at the green concert grounds.

The haunting 911 tapes reflect a range of emotions among callers, including panic, fear and desperation.

"We just ran from the concert. Can you tell us what's going on? We were there. It was bad," one man tells a police dispatcher from the safety of a nearby motel room where he and others took shelter.

The dispatcher asks if he is injured. "No," he replies then sobs. "Just not shot."

A woman tells a dispatcher that she's hiding under the concert stage where country music star Jason Aldean had been performing before he fled to safety when the gunfire started.

Some first names are heard on the calls but last names and phone numbers were bleeped out on the recordings released under a court order obtained by media organizations including The Associated Press.

In one call, time-stamped about two minutes after police say gunfire was first reported, a man says he saw his best friend get shot in the stomach.

"Send everyone!" he pleads to the dispatcher, who asks if he's hurt.

"No, but there's a hundred people on the ground bleeding out, right now. Send everybody! There's ... people running for their lives right now. Please, there's another person shot in the leg. Please, hurry up!"

About the same time, a man who identifies himself as a military special forces member without a weapon says he hears automatic weapon fire.

"I have no idea where he is," the man says of the shooter. "It's a chopper that's going off. There's at least 20 that are down, it looks like. We're in the middle of the festival. I don't have visual on target."

The material, provided more than eight months after the shooting, represents the fifth batch of records made public without comment by Clark County Sheriff Joe Lombardo or his department. The FBI in Las Vegas also declined to comment.

Authorities say Paddock acted alone and that no link has been found to international terrorism.

Lombardo has said investigators don't know a motive for the attack and he doesn't think one will be determined.

The sheriff, who is running for re-election, told a Republican luncheon group earlier this week that he expects to release a final report about the investigation by August.