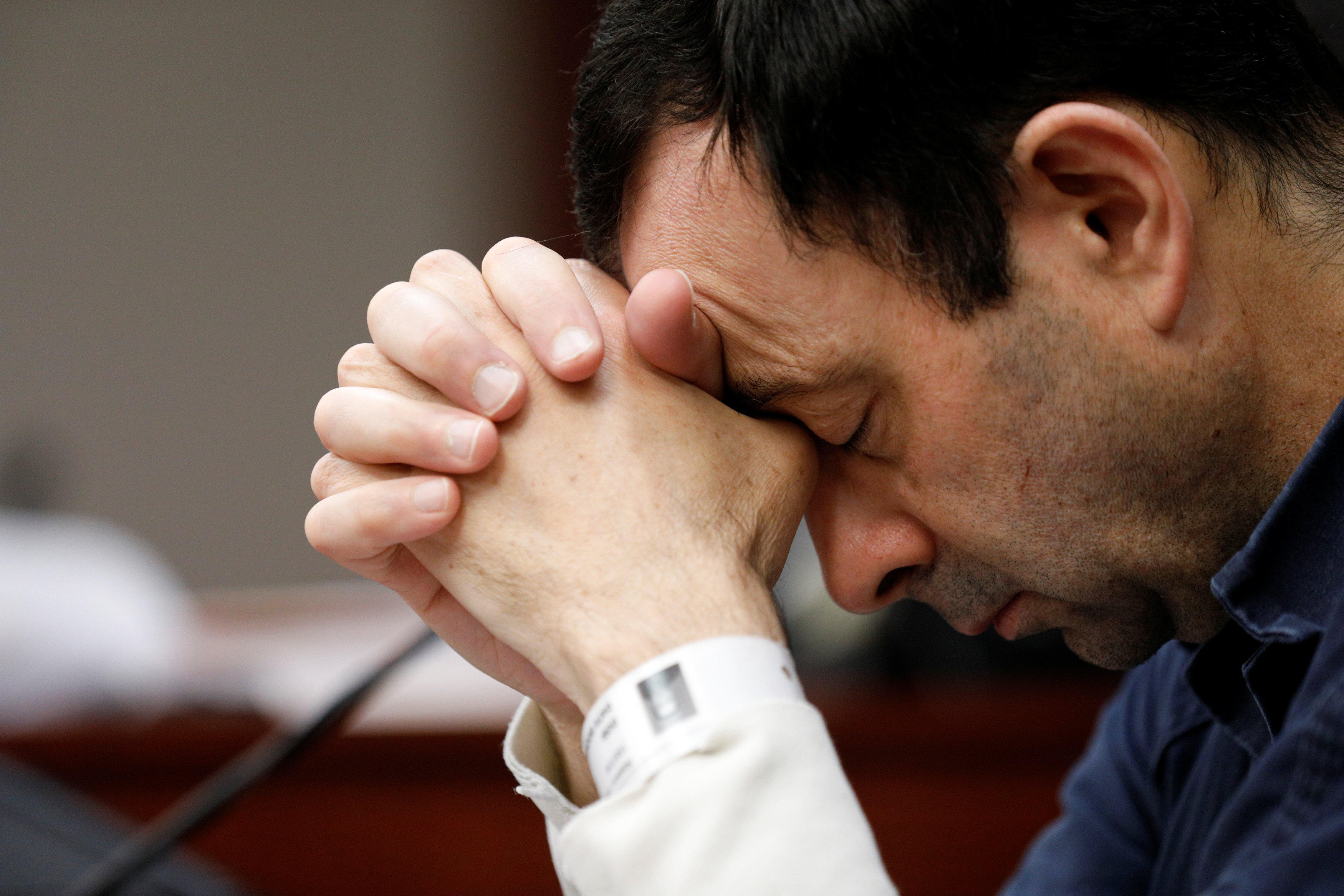 He has pleaded guilty to molestation. More than 100 women and girls plan to share their stories. Some of their accounts may be graphic.

USA Gymnastics has encouraged Olympic gymnast McKayla Maroney and other abuse victims to testify. Under a settlement agreement, Maroney technically could face a six-figure fine for speaking out, but on Tuesday USA Gymnastics said it will not seek any money from her.

Prosecutors are asking for a sentence of up to 125 years for Nassar. A federal judge has already sentenced him to 60 years in prison in a separate child pornography case.

Here are some stories shared in court Wednesday:

Maggie Nichols, a former USA Gymnastics national team member, became one of Nassar's victims when she sought treatment for back pain at the age of 15, her mother Gina Nichols told the court.

"I trusted what he was doing at first, but then he started touching me in places I didn't think he should," Gina Nichols read from a statement from her daughter.

Gina Nichols told the court that she held USA Gymnastics, the U.S. Olympic Committee and Michigan State University, where Nassar also worked, responsible for his actions. She also spoke directly to Nassar.

"You actually are not a real doctor," Gina Nichols said. "You're not a doctor at all. You're a serial child molester, a pedophile."

Tiffany Thomas Lopez told Nassar that she will try to forgive him even though she said he robbed her of the full experience of competing for a Division 1 college.

"I imagine hitting you if I ever had the opportunity to see you again," she said. "Instead I will allow my thoughts and my feelings to hit your heart."

She told him that his victims have become an army of survivors.

"We seek justice," she said. "We deserve justice, and we will have it."

Jeanette Antolin told the court that "only a monster would harm innocent children the way Larry did."

She said that being abused by Nassar has made it difficult for her to trust people and that the abuse has ruined memories of competing that she would otherwise cherish.