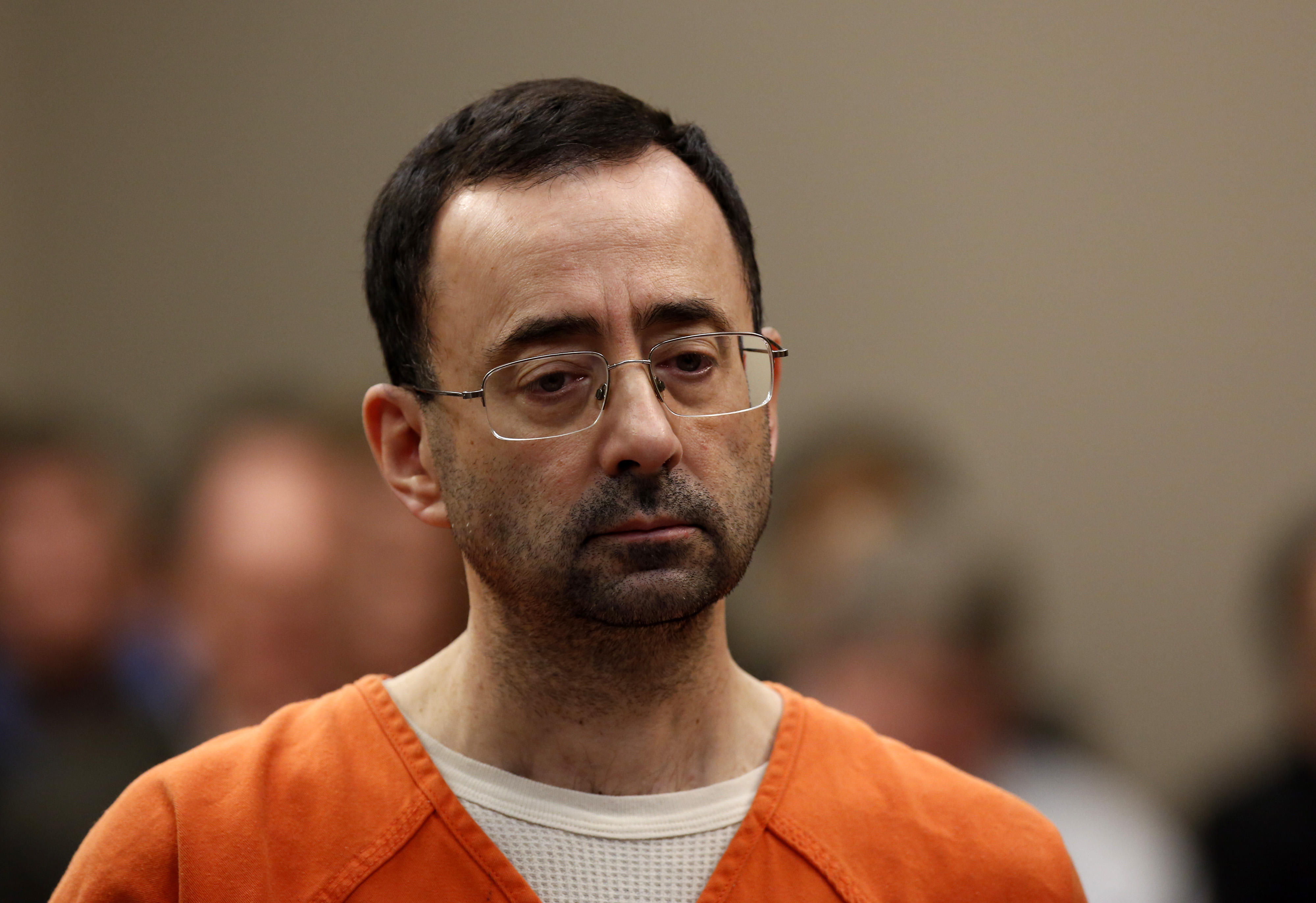 DETROIT -- Federal prosecutors on Thursday asked for a 60-year prison sentence for a Michigan sports doctor who was caught with child pornography while under investigation for sexually assaulting female gymnasts.

Nassar "has led a double life," Assistant U.S. Attorney Sean Lewis said in a court filing. "On the surface, he was a respected, world-renowned expert for elite athletes. He was a medical doctor, a husband and a father. But underneath this veneer lurked a predator."

Lewis said Nassar "poses an immense risk to the community."

In July, he pleaded guilty to three charges in federal court in western Michigan, each carrying up to 20 years in prison. Sentences typically run at the same time, but U.S. District Judge Janet Neff can order separate, consecutive punishments.

Nassar's attorneys didn't make a specific recommendation in their memo but asked Neff for a "just sentence."

"While Mr. Nassar wishes he could rewind the hands of time and make different choices, he realizes that this is not possible. ... He deeply regrets the pain that he has caused the community, as well as his family and friends," Shannon Smith and Matthew Newburg said.

The hard drives were discovered only because the trash truck in Nassar's neighborhood was late one day.

"To be clear, this defendant amassed an enormous collection of abominable images of children being sexually abused, raped and degraded," Lewis said.

Nassar pleaded guilty Wednesday to assaulting three girls at a Lansing-area gymnastics club while they sought treatment for injuries. He made a similar guilty plea last week, admitting that he molested girls at his Michigan State clinic and his home. Meanwhile, more than 100 women and girls are suing him.

"I didn't know anything differently," she said. "We were told he's the best doctor, he's the United States Olympic doctor and the USA Gymnastics doctor, and we were very lucky we were able to see him."