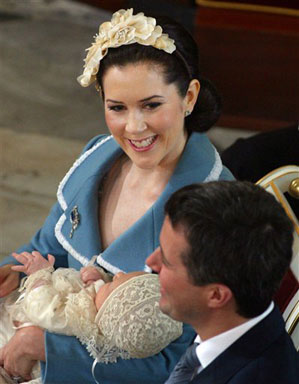 Barry Larkin spent two hours in the front office talking about his trade request, then showed Cincinnati Reds fans what they're eventually going to miss.

Larkin singled during a four-run first inning and added a solo homer and a sacrifice fly Friday night, leading the Reds to an 8-1 victory over the Houston Astros.

With a banner in left field pleading, "Say It Ain't So Barry," the team captain and last remaining link with the 1990 World Series championship team helped Cincinnati snap out of a five-game losing streak.

"It was a case of me not (playing poorly) today, which is what I've done every other day this year," said Larkin, who raised his average to .274. "It felt good, by the way."

The Reds' offense finally got to feel good about itself. Cincinnati hit five singles in a four-run first off Jose Lima (7-3) to set up only its second victory in 10 games. Larkin had the second of the singles and scored a run.

Larkin also led off the third inning with his fifth homer and his first since May 29. He completed his night with a sacrifice fly in a three-run eighth off Bob Scanlan, who set up the inning with a throwing error.

It was Larkin's first home game since general manager Jim Bowden announced that the player's agent had requested a trade because the Reds are rebuilding. Larkin and Bowden met for about two hours before the game Friday, and Bowden said the trade talk is a "dead issue" for now.

Mike Remlinger (4-7) gave up a game-opening homer to Craig Biggio, his 10th, then toughened to get his first victory since May 6. The left-hander held the National League's best-hitting road team to only one more hit, walked two and struck out five in a season-high eight innings.

"I was talking to (disabled pitcher) Jose Rijo during the last homestand when we were playing catch in the outfield, and he told me to stop worrying about all that other stuff," Remlinger said. "And he was right. If I walk a guy, I walk him, but I need to do it with conviction and stop nibbling."

"We just didn't get any hits. We didn't really hit the ball that hard," said Jeff Bagwell, who singled in the ninth off reliever Danny Graves. "After a leadoff homer, you don't expect to get one hit the rest of the night, but he pitched a good game."

Lima, who threw a five-hitter against Kansas City last Saturday for his first career complete game and shutout, barely got out of the first inning against one of the league's worst-hitting teams. Cincinnati had not scored more than two runs in a game since June 3.

"It had to happen: Sooner or later he was going to have a bad outing," Astros manager Larry Dierker said. "He never got anything going. They were getting good swings at all of his pitchs."

Willie Greene and Larkin singled to start a one-out rally, Eddie Taubensee broke an 0-for-15 slump with an RBI single and Dmitri Young followed with a single that scored Larkin.

With the Astros' bullpen warming up one out later, Melvin Nieves singled to right for two more runs and a 4-0 lead. Lima lasted a season-low 3 2-3 innings, giving up eight hits and five runs.

Houston, which came into the game with a .271 team average on the road, did little against Remlinger after Biggio's leadoff homer. Moises Alou singled with two outs in the fourth and Sean Berry walked, but Carl Everett lined out to left to end the Astros' only threat. That was the first of 13 consecutive batters retired by Remlinger.