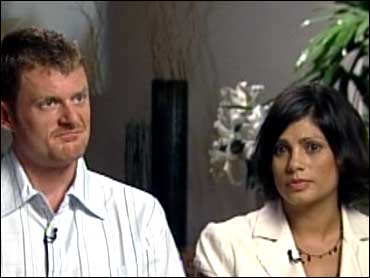 American cyclist Floyd Landis says his remarkable comeback in an Alpine stage of the Tour de France is legitimate, and that he never used testosterone patches of any kind on his body.

Landis was fired by his team and the Tour de France no longer considered him its champion Saturday after his second doping sample tested positive for higher-than-allowable levels of testosterone.

The samples contained synthetic testosterone, indicating that it came from an outside source.

"Ordinarily, after a stage, I don't do any kind of intravenous anything. That day, I was extremely dehydrated. Doctors thought, OK, give him saline solution with a little bit of glucose in it. Other than that, no, nothing," Landis told CBS News chief investigative correspondent Armen Keteyian.

Landis said on CBS News' The Early Show he does not know how to explain why testosterone levels reportedly three times higher than what is permissible in the Tour de France and allegedly synthetic testosterone in his urine.

"Listen, I've learned about this at the same time everyone else did. And I've not become an expert on this test yet, but I've found some people who are working on that. There are multiple explanations as to why this could have happened," Landis said.

Responding to criticism that Landis has offered a wide-range of explanations for his negative test results — ranging from naturally high testosterone levels, dehydration, alcohol, or possibly thyroid medication — Landis told Keteyian "that was a mistake on my part."

"I felt like I had to defend myself. My friends and my family were being harassed. So, you know, I said whatever I could say that came to mind that I thought may be a possible explanation," Landis said.

But Landis said he's going to fight the charges. "Whatever it takes, whatever I have to put into this, that's what I'm going to do because there is a solution. There is an explanation for this, and I need to find out what it is," Landis said.

Dr. John Sonzogni, a sports medicine specialist and former medical director for the World Cup told The Early Show there's "certainly" a chance the test was tampered with. "Anything's possible. We don't have the whole story yet. Tampering is a potential problem, the lab error is a potential issue, contamination, whether it be purposeful or nonpurposeful," Dr. Sonzogni said.

Amber Landis, Floyd's wife, told Keteyian it's been the long week and a half of her life. "It was hard to even realize that he had won the tour. It was still trying to sink in, and then this is thrown at us," Amber said.

In the meantime, Landis said he's holding on to his yellow jersey. "I spent my life working for that and I earned it the same way everyone else who raced that race, and I deserve to keep it," he said.

Nevertheless, Landis likely has a long way to go to prove his innocence. "This could go on for a long time. I don't know what his plans are or what his counsel's plans are, but he's got a long road ahead of him," Dr. Sonzogni said.

It's an issue that is not likely to go away any time soon in professional sports. Landis is just the latest elite athlete wrapped in a web of drug allegations, Keteyian reports, from Barry Bonds to steroid hearings on Capitol Hill to the cadre of top cyclists banned on the eve of this year's Tour.