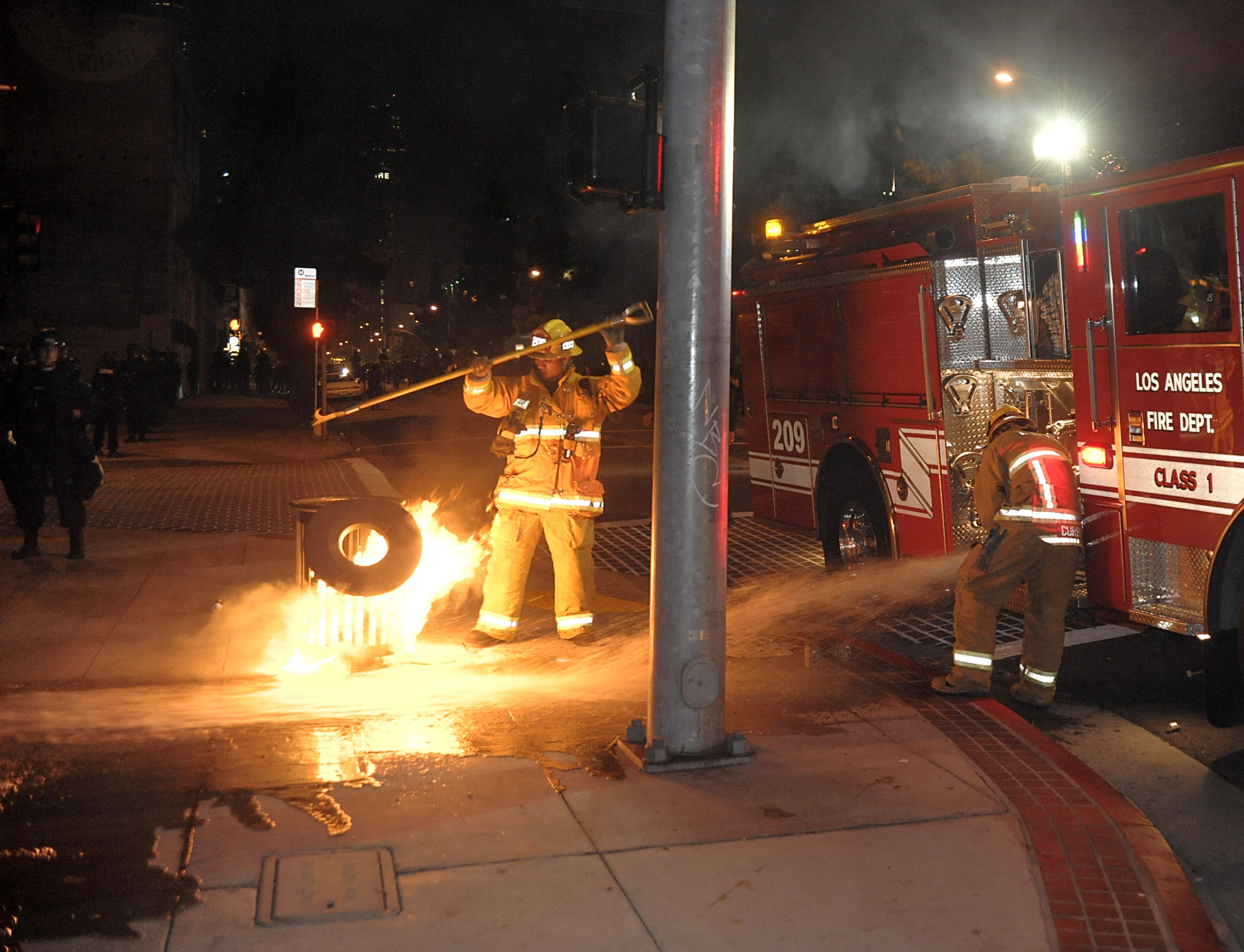 LOS ANGELES (CBS/AP/KCBS) Celebration after the Lakers win over the Celtics for the NBA championship turned ugly Thursday evening in neighborhoods near the Staples Center in Los Angeles.

Hundreds of police officers massed around the Staples Center before Game 7 of the NBA finals , aiming to prevent a repeat of the violence that accompanied the Lakers' victory last year. But despite that, scattered pockets of violence erupted around the arena.

CBS affiliate KCBS reports that rocks and traffic cones were thrown at cars, and motorists were harassed. At least two fights broke out that included several people being dragged from cars.

The windows of one car were smashed and bonfires were started; a cab was set on fire and within moments was engulfed in flames, according to aerial reports from the station.

KCBS reporters saw one man kicked and beaten by at least three people until he appeared to be unconscious.

There were also reports that several fans attempted to loot a gas station and that a nearby McDonald's was apparently broken into and looted.

Moments after the game, the LAPD said they had an "unlawful assembly' situation. Officers on horseback pushed several small groups away from the downtown area. Brian Humphrey of the Los Angeles Fire Department said paramedics treated "multiple patients."

By Friday, police spokesman Cleon Joseph said 38 people had been arrested. Most of the arrests were for public intoxication, while others were for vandalism and inciting a riot.