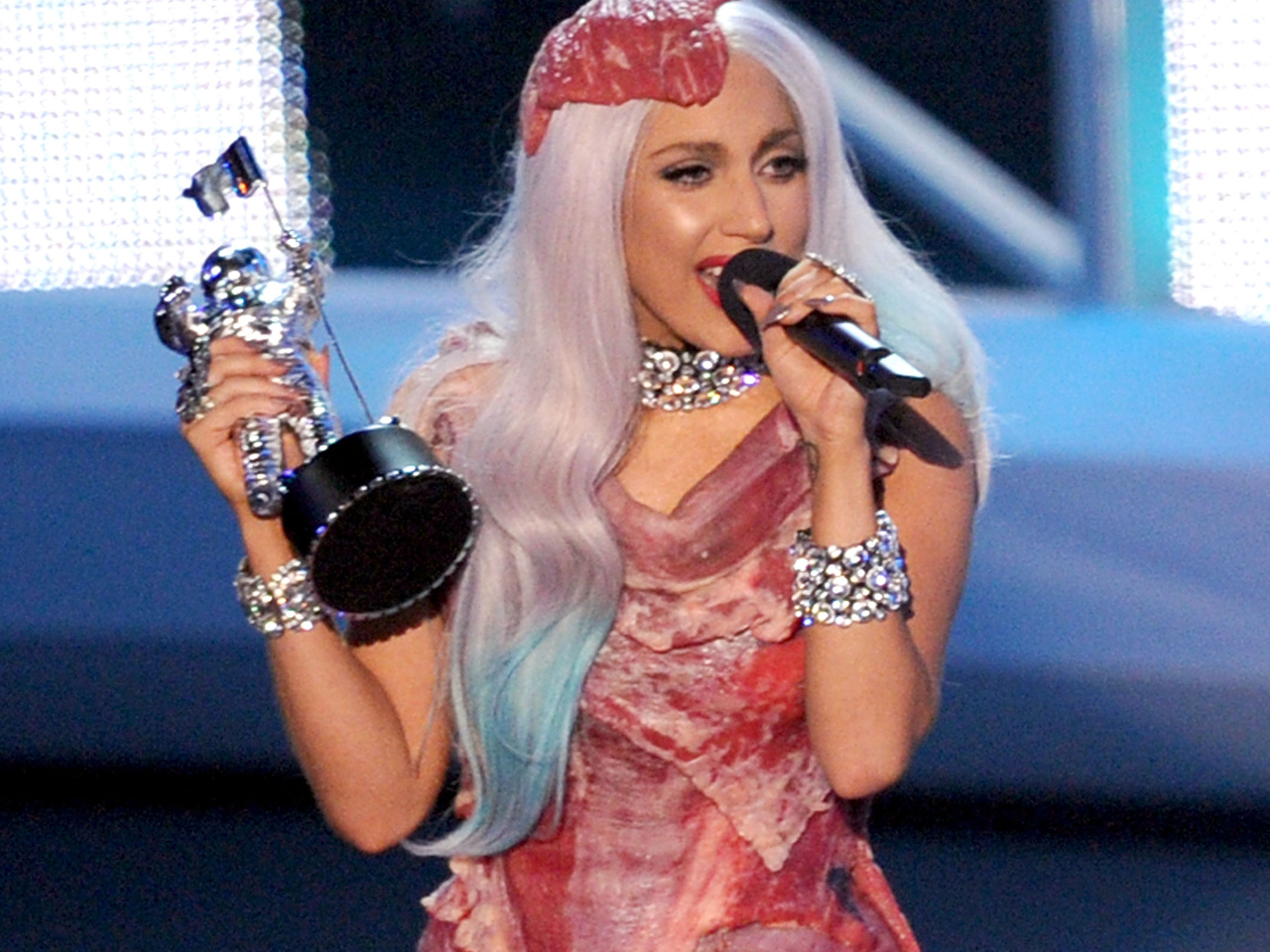 (AP) WASHINGTON — Lady Gaga's famous meat dress has made its way to Washington, along with Loretta Lynn's song about "The Pill" and other relics from music history.

Lady Gaga's dress from the 2010 MTV Video Music Awards is now dried and painted to restore its raw meat color. Beyond its shock value, though, it's being displayed at the National Museum of Women in the Arts with an explanation of her political message.

When Lady Gaga wore the dress, she was accompanied by U.S. soldiers affected by the "don't ask, don't tell" policy on gays. She later explained that if people don't stand up for their rights, they'll have as many rights as a piece of meat.

The dress is featured in an exhibit opening Friday with items from other pioneering women in music.