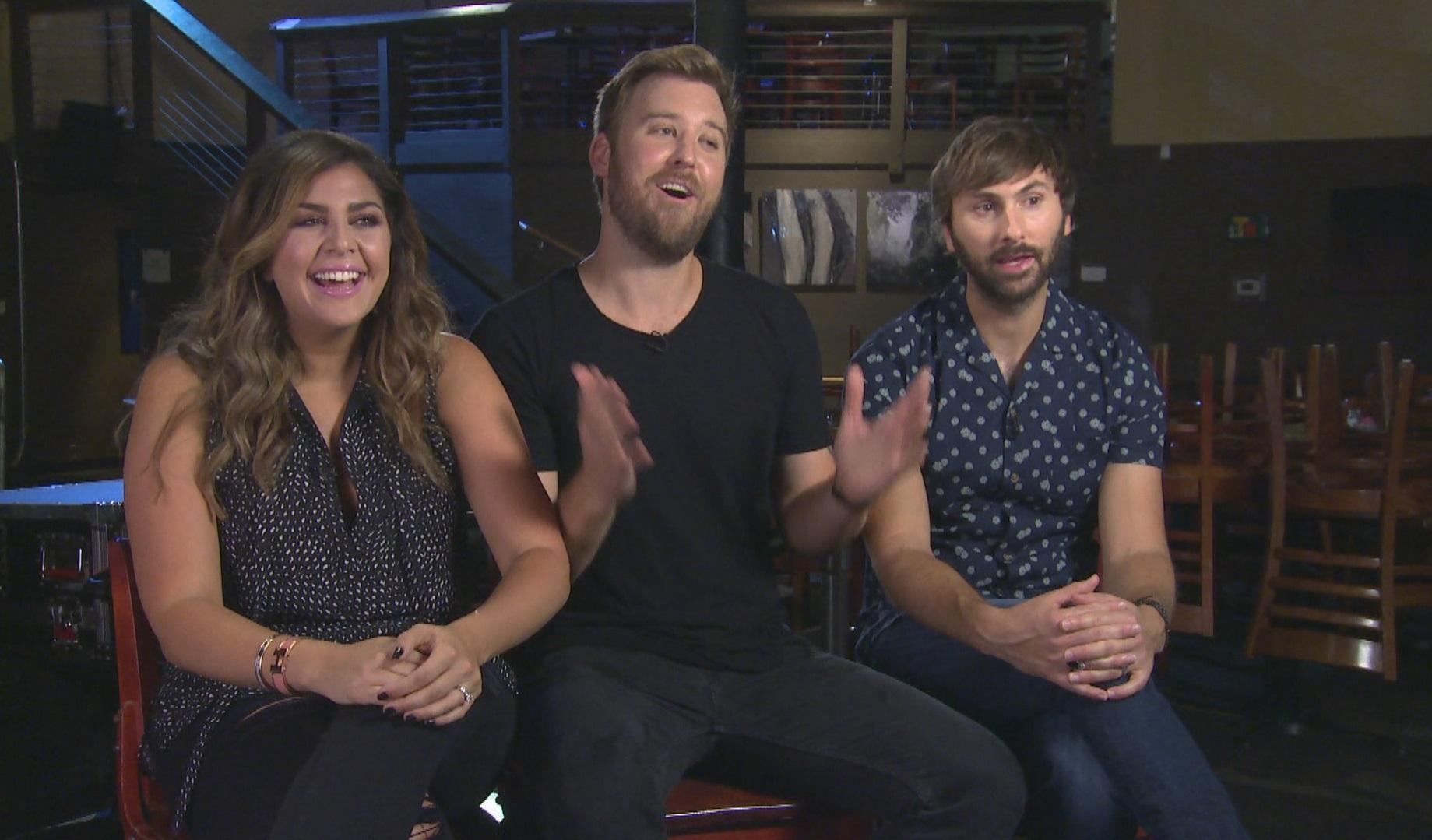 Although Lady Antebellum is right at home on stage at the Ryman Auditorium, they’re just as happy to be audience members.

“How big of a deal is this? I mean, for folks who don’t understand the Ryman,” CBS News correspondent Michelle Miller asked.

That “church” is a five-minute drive, but a long way from “3rd and Lindsley,” the Nashville bar where the band got its start 10 years ago

“That’s a good song. We should write that,” Dave Haywood joked.

Their first album won them the ACM Award for top vocal group and a Grammy for the single, “I Run To You.”

But it was their song “Need You Now” off their second album that vaulted to number one and made the trio a crossover sensation.

“Do you ever, like, worry that, ‘That one song that put us over the top, that introduced us to the world’ -- you can duplicate that success?” Miller asked.

“It gets brought up so much, you know? Or it’s like, ‘How are you going to top ‘Need You Now?’’ And we still get that,” Kelley said. “I mean, to me, we may write a song that’s better than ‘Need You Now’ but… may not have that same success. Again, it’s timing. It was the right song at the right time.”

In all, the band has released six albums and won seven Grammys. This gives them the country street cred they need to host this year’s Academy of Country Music Honors, where a who’s who of modern country pays tribute to industry giants like Glen Campbell and Crystal Gayle.

“And to be able to show our appreciation for them is really – it’s neat,” Scott said. “That’s just what country music is -- it’s a brother and a sisterhood. And we have -- it’s a friendship. You know, it’s really special.”

It’s a description that fits the band, too. The three remain close, although their lives have changed over the decade they’ve been together, including marriages and children.

“But when you think about it though, I mean, that’s a lot of personalities to sort of juggle, and male-female relationships,” Miller said. “How did you manage to get it right so that it didn’t impact this?”

“Well, I think we’ve always had our moments. You know, where… you’ll have moments where somebody is just over it at that time and they’re snappy or whatever it may be,” Kelley said.

“Yeah, diva. They call me the diva,” Haywood called himself out.

“We all have our moments. Trust me. Let’s just say,” Kelley said.