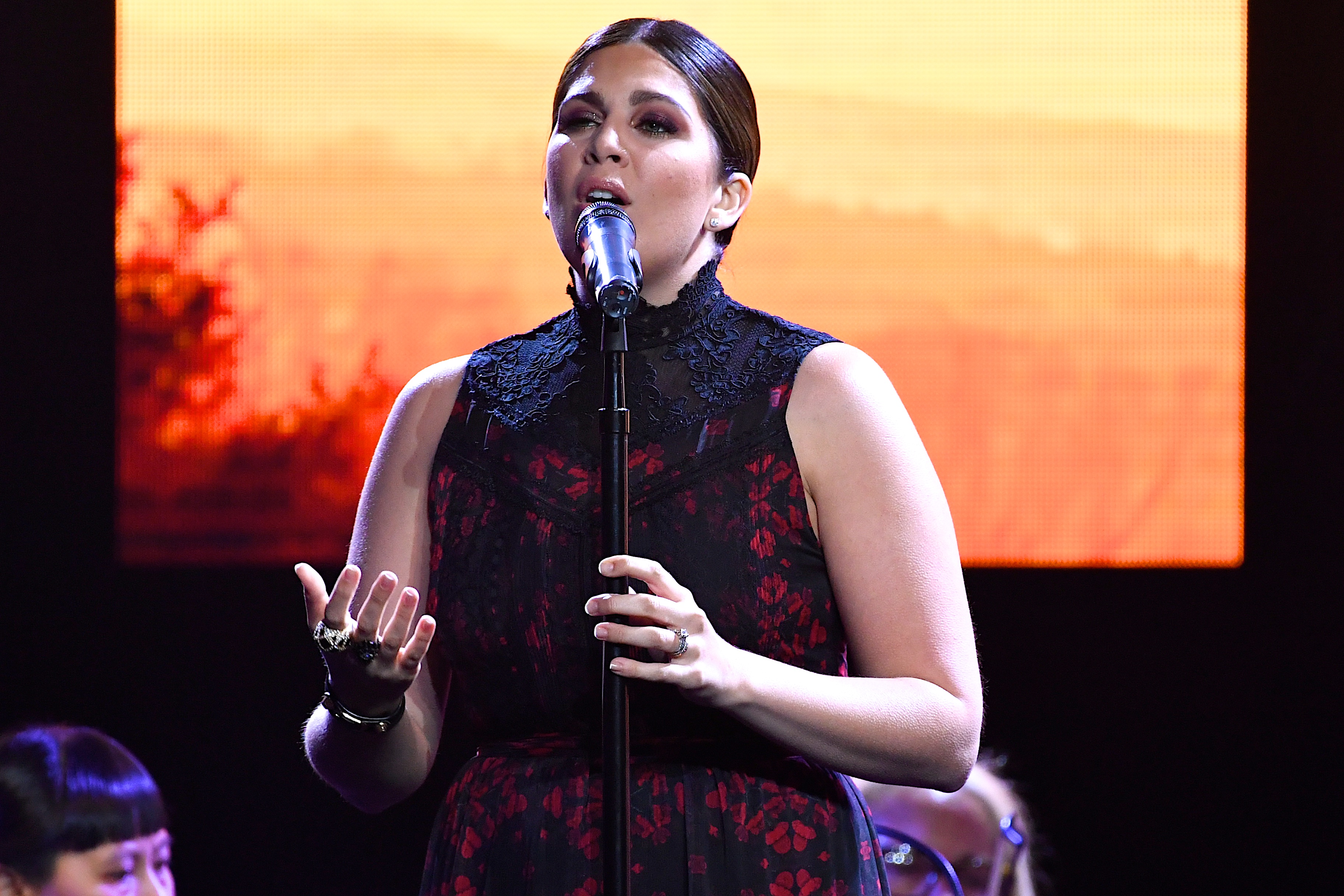 NASHVILLE, Tenn. -- When Lady Antebellum announced a hiatus last year, singer Hillary Scott thought it was a good opportunity to finally work on an album of hymns with her equally talented musical family.

But instead she found herself grieving over a miscarriage she had last year and feeling like she was at the most broken point in her life. Scott turned to songwriting to have a conversation with God about the pain she felt, and "Thy Will" became the focal point of the deeply personal family faith album called "Love Remains," released Friday.

"I fully believe that God showed up that day and we were pass-throughs for a message that he knew and I quickly saw that a lot of people needed to hear," Scott, 30, said of the song that she wrote with Emily Weisband and Bernie Herms. "And that is it is OK to question why things happen. We're supposed to -- he expects that."

Scott, who has a three-year-old daughter Eisele Kay with her husband Chris, said she didn't want to hide the truth from her fans about the miscarriage.

"It just felt like this silent struggle," she said. "And there is some pressure, whether it's put on myself or society or whatever, to not talk about it. I just had to go in with a hammer and bust that out because I knew that this was something that was going to be a part of me for the rest of my life."

Scott said that it's easy to get consumed by doubt and self-blame after a miscarriage, but she said it's necessary to mourn that loss.

"To feel like you can't outwardly grieve, that is really messed up, in my opinion," Scott said. "I know it's not something everyone can see."

Her message has clearly resonated, as "Thy Will" has topped Billboard's Hot Christian songs and Christian digital songs charts, and even crossed over to the country charts.

Prior to her career as one-third of the Grammy-winning Lady Antebellum, Scott grew up singing with her family. Her mother, Linda Davis, came to Nashville in the 1980s to pursue music and won a Grammy with her mentor Reba McEntire for their duet, "Does He Love You." Her father, Lang Scott, is a musician, singer and songwriter as well. And Scott's 15-year-old sister, Rylee, also sings on the "Love Remains" album.

This passion project initially started as covers of hymns, but the recording process blossomed when they started writing new songs and finding new Christian songs to record. They asked their close friend and bluegrass musician Ricky Skaggs to produce the record, who has a long history of recording gospel music and working with family groups like the Whites.

The music includes contemporary Christian pop and country, along with distinct nods to bluegrass, Southern spirituals and traditional gospel music.

"I really wanted to honor the contemporary sound they were going for on certain songs, so that was a learning curve for me, too," Skaggs said.

He said Scott pushed herself through tears on the recording of "Thy Will," which features her vocals simply paired with piano and strings.

"She knew the emotions she had over the miscarriage and she also knew she wanted to get that pain and emotion out to where others could hear it," Skaggs said.