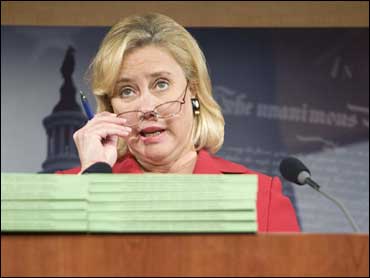 CBS News chief investigative correspondent Armen Keteyian reported Wednesday that more than 30 complaints had been filed by employees against Whitmer in the last year, creating an environment of constant delays on rebuilding projects in the area following Hurricane Katrina.

"It was very disturbing to see the CBS story about the dysfunction at the New Orleans FEMA recovery office," said Sen. Landrieu, D-La. "The people in Louisiana, Mississippi and Alabama are shocked to hear that our recovery has been slowed by the toxic environment created by the office's management."

"There was not one, not a dozen, but 30 complaints against one employee," Landrieu said. "The clean-up process should begin with the resignation of Doug Whitmer."

This is leaving hundreds of projects, like a police station in New Orleans, and the Charity Hospital, waiting.

Three senior level staff people in the New Orleans office, which is responsible for distributing FEMA money, spoke with CBS News on the condition on anonymity.

"The harassment, the equal rights - violations that are currently taking place over there, this office is slowing down the recovery in this region." said one former FEMA employee.