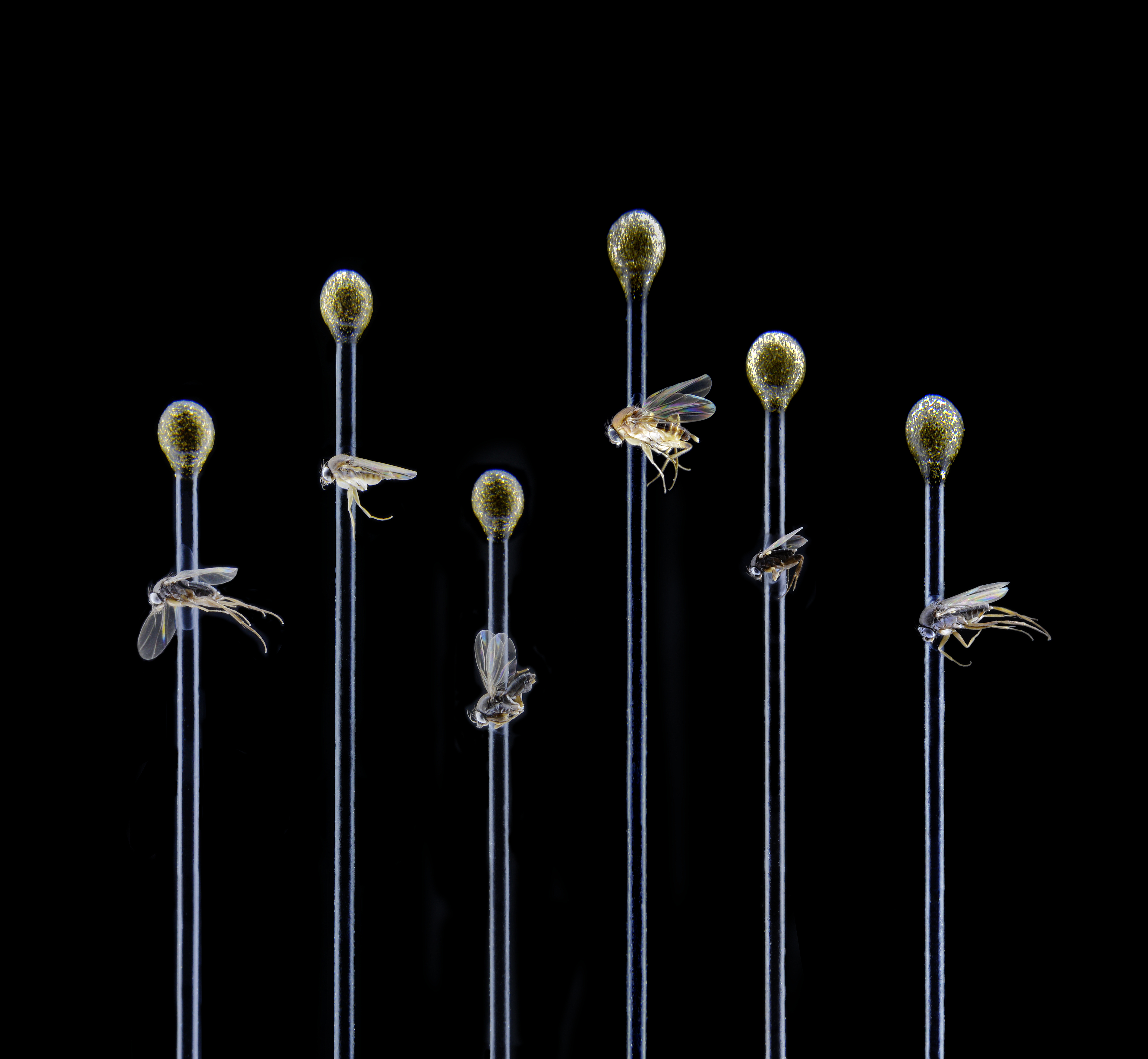 Brian Brown is used to hiking through the rain forests of Costa Rica in search of insects.

But when he was challenged to find a new species in Los Angeles, the curator of entomology at the Natural History Museum of Los Angeles couldn't resist. He and his colleagues set up 30 sampling sites in backyards, a school and a community garden across the city and starting trapping flying insects.

A year into the three-year Biodiversity Science: City and Nature project (BioSCAN), they have identified 30 new species of flies. About the size of a fruit fly, these all come species in a single genus, Megaselia, of the fly family Phoridae. The discoveries are being described in the journal Zootaxa, which comes out April 6.

"I always thought we had the potential to discover new species wherever we sample -- urban, tropical, anywhere," Brown said, adding that the first species he examined turned out to be new to science. "But 30 new species from a heavily urbanized area is really astounding."

To come up with the other new species, the paper's lead author Emily Hartop and several other researchers had to wade through 35,000 captured fly specimens. When the petri dishes filled with scores of specimens unfamiliar to the scientists, Hartop brought her payload to Henry Disney at the University of Cambridge, considered the world's leading expert on Megaselia.

"I wasn't happy leaving so much of the samples unidentified," said Hartop, an entomologist at the museum. "I ended up spending a month last summer with Henry Disney and, with his help, I was able to determine that, indeed, I had 30 that were not described. It just sort of happened naturally with my curiosity."

Hartop said the results demonstrate that "we really don't know what insects are around us in urban environments."

"One of the main problems that we see with scientists is that they go to the tropics or beautiful locations where there are lots of interesting questions for them to answer," she said. "They don't necessarily look at what is around their home and workplace. We need to be looking at the ecosystems where we live."

Hartop said the presence of so many flies shouldn't alarm residents. None are considered threats to agriculture or human health and shouldn't be lumped in with the Calliphoridae, those shiny flies that often show up at picnics or buzz around dog poop.

"These flies are not biting flies, disease carrying flies," she said. "There is practically no chance that they will be any sort of a problem."

Still, the researchers said they still don't know enough about the flies including "how they fit into our urban ecosystem."

"The next step is to figure out what are they eating, where are they living and then hopefully down the road we will be able to make some conclusions about some of these species," she said. "Have they been in Los Angeles for a long time? Have they been introduced elsewhere?"

Hartop suspects they could be helping keep the city clean.

"Cities need to have all the organic matter broken down so we have trash that goes away. But we have tons of leaf litter, grass and soil that needs to be continually broken down," Hartop said. "That work all happens by microbes, fungi and insects. In our urban environment, it is likely some of these flies, if not all of them, are playing some sort of role in the breakdown of organic material."

It wouldn't be all that surprising that these tiny creatures are chowing down on urban litter. A study last year in New York found that arthropods - ants, beetles, mites and other small creatures - eat up tons of garbage on the streets of Manhattan. Other studies have looked at the New York's other garbage men, rats, and found a more unsettling conclusion - they carry bubonic plague and other diseases.

The study in Los Angeles is ongoing for another two years and the researchers have dozens of other new insect species - including more fly species - which they expect to announce soon. The discoveries are unlikely to be big insects like butterflies but probably the "small things" like ladybird beetles that are "challenging to study."

"The core goal of the project is to get a better understanding of what actually causes biodiversity to be different inside a city than outside it," Dean Pentcheff, BioSCAN project coordinator at the museum, said. "By looking at the biological diversity in combination with physical changes, we can understand what it is about building a city that changes diversity."