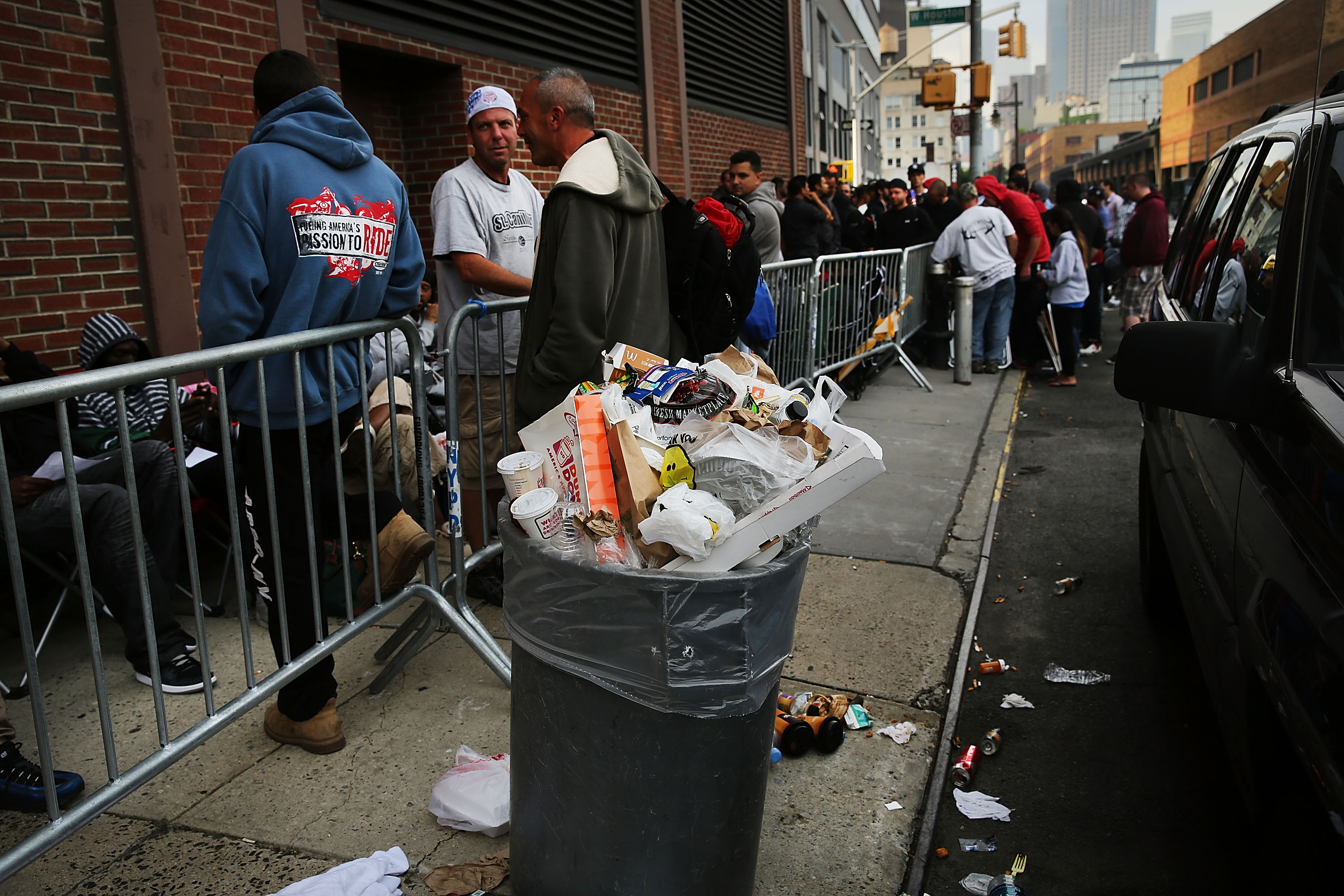 You might call them the tiniest garbage men in New York.

A new study finds that arthropods - ants, beetles, mites and other small creatures - eat up tons of garbage on the streets of Manhattan. Literally tons.

"This isn't just a silly fact,"said Elsa Youngsteadt, a research associate at North Carolina State and lead author of a paper on the bugs in Global Change Biology. "This highlights a very real service that these arthropods provide. They effectively dispose of our trash for us."

She and her team set out cages loaded with hot dogs, cookies and potato chips in 24 grassy street medians along West Street, Broadway and 11th and 12th Avenues on Manhattan's west side, and at 21 sites in city parks and returned 24 hours later.

The next day, as much as 85 percent of the food was gone.

"When we came back to this much food missing, we thought, what, did a mouse get in here?" Youngsteadt told CBS News. (One hadn't; the cages were covered in a mouse-proof netting.)

In the medians, bugs ate an average of 3 or 4 grams in 24 hours, two to three times more than in the parks. That adds up to a lot of nibbled crumbs.

"We calculate that the arthropods on medians down the Broadway/West St. corridor alone could consume more than 2,100 pounds of discarded junk food every year, assuming they take a break in the winter," said Youngsteadt.

That's the equivalent of 60,000 hot dogs, 200,000 Nilla Wafers or 600,000 Ruffles potato chips. And just along a couple sections of city streets. Imagine adding the length of Park Avenue, with its leafy center islands, or all 526 acres of Brooklyn's Prospect Park.

Though the quantities in question are rather astounding, Youngsteadt said the findings shouldn't be all that surprising, given that "we know ants come to our picnics, we now they show up in our kitchen. We know they are really important scavengers and hunters."

Aaron Ellison, a senior research fellow in Ecology at Harvard Forest and lead author of A Field Guide to the Ants of New England, said the study supports famed biologist E.O. Wilson's maxim that "ants are the little things that run the world."

"It also illustrates that insects and other organisms, both native and nonnative are able to adapt to and evolve in human-dominated habitats," Ellison said. "Such nonnative species, like human immigrants, often enrich our environments and our cities, and provide valuable ecosystem services that sustain our quality of life. Now, if we can only find ants (or rats) that will eat plastic bags, Styrofoam cups, and discarded bottles and cans."

When presented with the findings, short of considering the notion of employing pests for waste management, the New York City Health Department offered little more than a shrug and a reminder to litterbugs.

"This study confirms that street litter, particularly discarded food, is a major source of food for rats and other pests, which is why we encourage the public to dispose of garbage in one of the many trash receptacles throughout the City," the health department said in a statement.

New York produces about 3 million tons of garbage every year. Across major metropolises, according to the study, a single city dweller tosses out about 23 pounds of refuse per year, up to six pounds of which may be food waste.

Youngsteadt was careful not to suggest people should "feed ants on purpose" as a public health policy. Yet, she said it was a reminder that ants - especially the pavement ant (Tetramorium sp. E), whose colonies can number 10,000 - are competing with rats, mice and other street dwellers for our crumbs. The more they eat, the more they take from the mouths of rodents.

"This means that whatever the ants eat isn't available for the rats," Youngsteadt said. "The ants aren't just helping to clean up our cities, but to limit populations of rats and other pests."