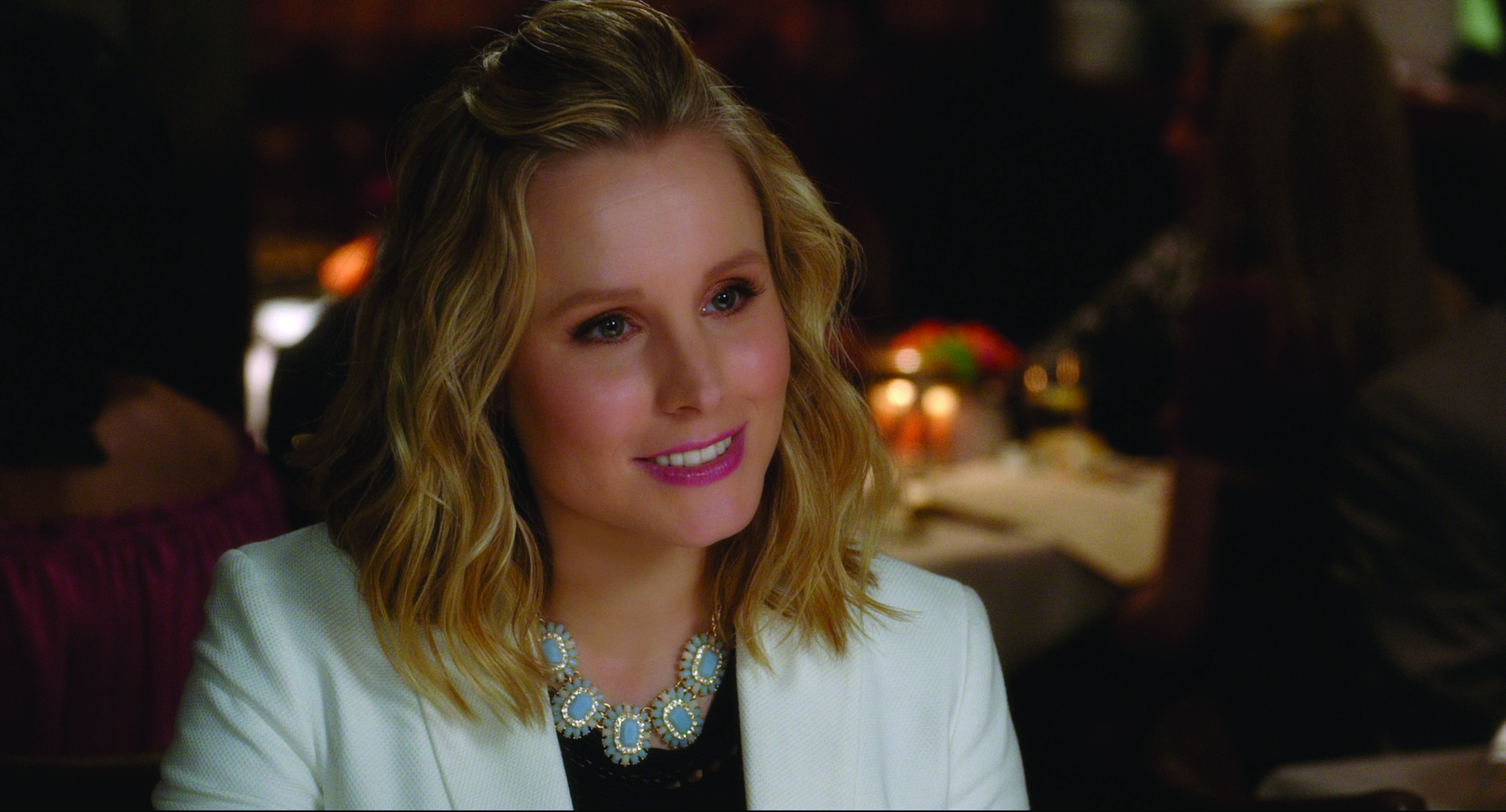 Kristen Bell knows all too well the pitfalls of modern celebrity, especially when you're a parent and regularly asked about how you raise your kids. But she keeps a level head when approaching social media and the world at large. She talks to CBS News about navigating her career and her new film opposite Melissa McCarthy, "The Boss."

Beyond yourself and Melissa McCarthy, "The Boss" is a film with an almost entirely female screen presence, which seems worth acknowledging in today's climate. There are scenes with a dozen people on screen and they're all women.

They're all women; they all have vaginas.

Sure, but we think. Maybe because I look up to so many female comedians and I feel like I have so many good role models in that department, it doesn't really occur to me on a daily basis. I'm not disgruntled about the amount of work out there for females because I feel like I get a fair amount of work and I'm looking up to a lot of women who are still paving the way but are making work for other women. So I'm not too disgruntled about it, I think it's changed a lot in the last five years, for the better.

Where do you see yourself going now as far as comedy? Do you have anything specific on your wish list?

I would love to do an action movie one day, because the idea of the camera work and how you shoot it and CG effects really interest me. But in truth, I pick my projects based on what comes up in the moment and what I'm available for and nowadays that won't take me too far from my kids and their lives for too long. I'm about to start a show at NBC called "The Good Place" which will keep me here in town working fairly reasonable hours, and I'm really excited about that. But I kind of go with gut reactions. I've always wanted to work with Melissa, and when this came about it was just the perfect alignment that they were considering me.

How do you get used to strangers asking you questions that so intimately reference your personal life, like, "As a wife and a mother of two"?

I take it as the journalist's way of letting you know what type of answer they would like, in relation to your humanity -- in relation to who you are as a person. Because part of my job is being asked questions, and I don't really feel qualified to answer most of them. I barely feel qualified to answer what I want for dinner tonight, so sometimes press days can be daunting, so shockingly, it helps a little bit if somebody steers you.

The questions about specific parenting styles must be tough to get used to, though.

I don't feel qualified to answer those questions, but I do understand that we are all monkeys and we want to look to the alpha for advice, and in weird ways, Hollywood actors are considered the alphas. I try very hard not to be negative, I try to answer questions thoughtfully and also not corner myself. Because my parenting ideas and techniques change daily, as I'm sure everyone's do. I don't know. Sometimes it's a little intimidating to know people care about your opinion, because I care about what I say and I don't want to fill the world with a bunch more nonsense. There are plenty of people doing that these days.

You've a great job of maintaining a social media presence without offending too many people, which is a feat these days.

Try. I try. I genuinely don't want to offend anyone, but I also have opinions and they're strong. But I believe in them enough when I state them to defend them.