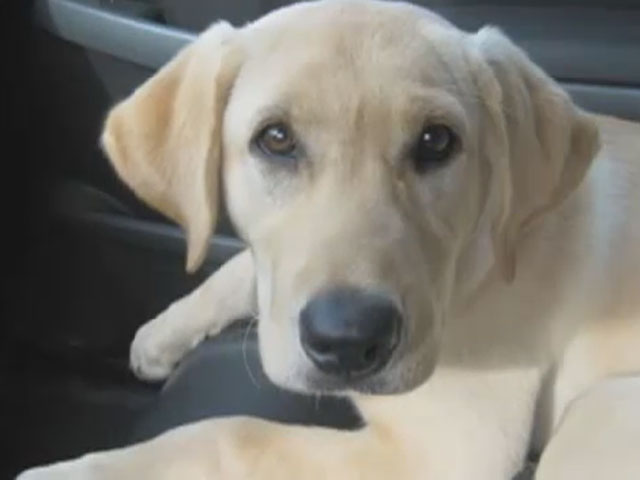 Two kittens who were thrown mercilessly into a a bag and then dumped in the middle of the road are now available for adoption from and Iowa rescue group. But if it weren't for the heroic actions of dog named Reagan, they probably would not have survived.

WHOTV reports that the two kittens, named Tipper and Skipper, were sealed in a Meow Mix bag with the rest of the litter and then left in the street. The bag had been run over by a vehicle, killing some of the kittens and making it difficult to tell exactly how many cats were inside. Somehow, Tipper and Skipper survived. "It was not a pretty sight," Linda Blakely from Iowa's Raccoon Valley Animal Sanctuary said.

That's when Reagan stepped in. He grabbed the bag, and carried it home. He didn't stop whining until his owner opened the bag. Covered in the blood and remains of the kittens who were killed, she found two seriously injured survivors.

"The instinct of the dog was to nurture and not kill the kittens. With all the blood some dogs would have responded to the scent. Reagan the dog is a hero," Blakely said.

Tipper and Skipper were traumatized and weak from the experience, and had to be fed with a bottle every two hours. They have recovered, and are now available for adoption. Blakely believed their their survival is proof that there is always a way to make things right, and wanted to remind pet owners that there's always a safe method to finding a new home for pets if you are unable to take care of them.