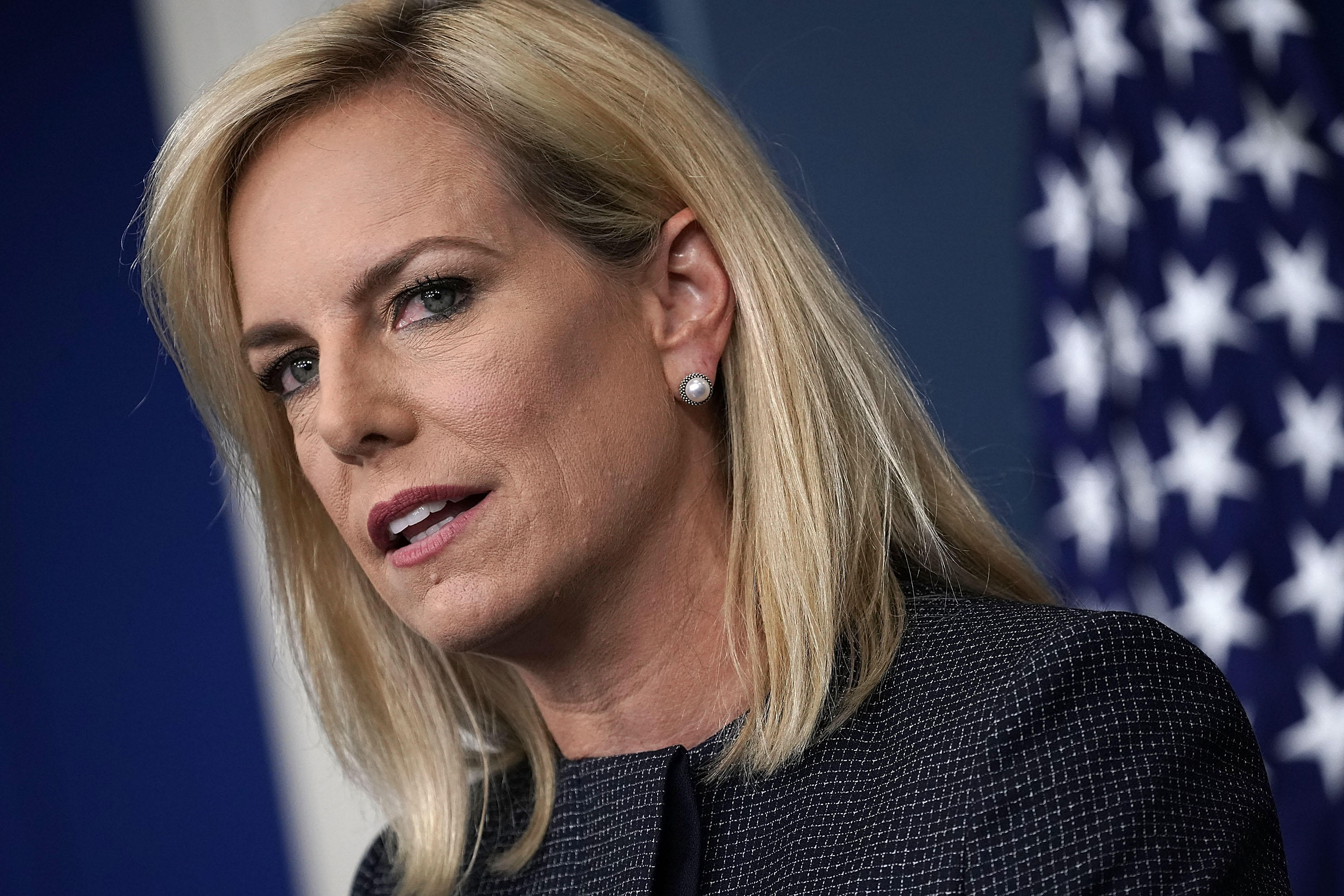 A group of protesters disrupted Department of Homeland Security Secretary Kirstjen Nielsen's dinner Tuesday evening at MXDC, a Mexican restaurant near the White House. The Metro D.C. Democratic Socialists of America claimed responsibility for the protest and wrote in a statement that they would not let Nielsen "dine in peace."

This comes amid backlash over the Trump administration's "zero tolerance" policy over undocumented immigrants at the U.S. border, which has led to the separation of children from their parents.

The Department of Homeland confirmed in a statement Nielsen heard from "a small group of protesters who share her concern with our current immigration laws that have created a crisis on our southern border."

The Metro D.C. Democratic Socialists of America documented their protest in a Facebook video stream.

In the video caption, they wrote that "the irony isn't lost on us that this is a Mexican restaurant" and demanded "an end to separating families," "ICE and CBP must be abolished" and called for Nielsen's resignation.

In another post on social media, a video shows Nielsen appearing to leave the restaurant.

The D.C. Democratic Socialists of America, who have claimed responsibility for the protest, released a statement saying "we will not stand by and let Secretary Nielsen dine in peace, while she is directing her employees to tear little girls away from their mothers and crying boys away from their fathers at our border."

Nielsen addressed reporters Monday about the Trump administration policy of prosecuting immigrants crossing the border that has resulted in the separation of families. She blamed Congress for a supposed "loophole," calling on the legislative body to fix the issue, despite the fact that the situation has been spurred by the administration's decision to expand prosecutions.

"As long as illegal entry remains a criminal offense, DHS will not look the other way," Nielsen said. "The children are not being used as a pawn, we are trying to protect the children."

She argued that the Trump administration is merely continuing a policy from "previous administrations" that mandates separating a child who is "in danger, there is no custodial relationship between 'family' members, or if the adult has broken the law."

Nielsen on Monday defended the administration's policy of separating children from their parents as the enforcement of the laws on the books. But the separation of families is actually an outcome of the Trump administration's increased prosecution of undocumented migrants under Attorney General Jeff Sessions' zero-tolerance policy that is driving up the number of families separated at the border.

President Trump praised Nielsen in a tweet Tuesday night saying she "did a fabulous job" at Monday's press briefing "explaining security at the border and for our country, while at the same time recommending changes to obsolete & nasty laws, which force family separation."

The children are separated from their parents while the parents are being prosecuted for illegally crossing the border.

When families enter the country illegally, DHS may only keep children for 72 hours. While DHS continues to oversee prosecution of the parents after this point, their children then become the responsibility of the Department of Health and Human Services (HHS).

Members of Congress from both parties have called for the Trump administration to end the separation of families.

In addition, all five living first ladies, including Melania Trump, have come out against the policy.

Nielsen claimed this policy is in place not as a deterrent to keep families of immigrants away from the border, as other administration officials have said, but rather as a means of keeping the children safe.