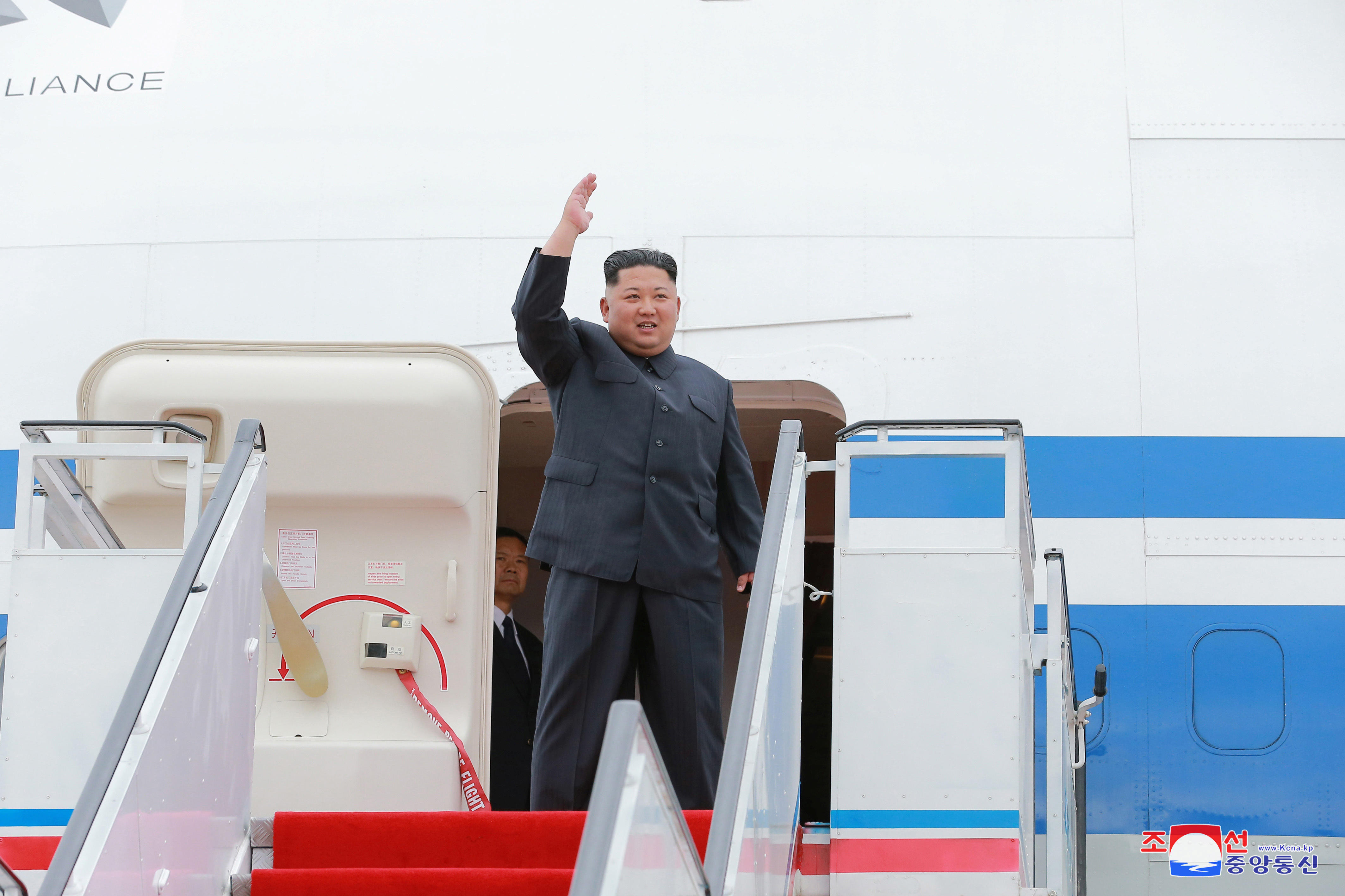 President Trump and North Korea's Kim Jong Un are both in Singapore for their highly anticipated summit, the first of its kind between a U.S. president and a leader of North Korea. And while officials remain uncertain as to what exactly will come out of Tuesday's unprecedented discussions, Mr. Trump has stated that he wants to strike a deal to get the Pyongyang to give up its nuclear weapons.

This U.S.-North Korea Summit comes after Kim made history in April by becoming the first North Korean leader to cross into South Korean territory since the Korean War armistice in 1953. This time, much like last, Kim has agreed to a seat at the table, but is reportedly refusing to sit on any of the summit's public toilets.

South Korean news agency The Chosunilbo reported that when Kim arrived in Singapore this week on an Air China Boeing 747, he also was accompanied by an IL-76 transport plane carrying food, "his bullet-proof limousine and a portable toilet."

And accordingly to Lee Yun-keol, who worked in a North Korean Guard Command unit before defecting to South Korea in 2005, that's par for the course.

"Rather than using a public restroom, the leader of North Korea has a personal toilet that follows him around when he travels," Lee Yun-keol told the Washington Post.

The reason? They are protecting against a literal info dump.

"The leader's excretions contain information about his health status so they can't be left behind," Lee Yun-keol explained.

Similar travel considerations are reportedly made whenever the North Korean leader conducts on-site inspections of military bases and state-run factories across the country. In fact, according to the South Korean news agency DailyNK, there is a customized bathroom built into Kim's convoy of vehicles at all times.

"The restrooms are not only in Kim Jong Un's personal train but whatever small or midsize cars he is traveling with and even in special vehicles that are designed for mountainous terrain or snow," a source in South Pyongan Province familiar with Kim's Escort Command told the DailyNK in 2015. "There are multiple vehicles within the convoy so that people cannot tell which one he is in, and there is a separate car that acts as his restroom."

So, in this respect at least, it seems this historic summit is no different than Kim's other excursions. He simply always uses a personal, highly guarded toilet in "loo" of public facilities.