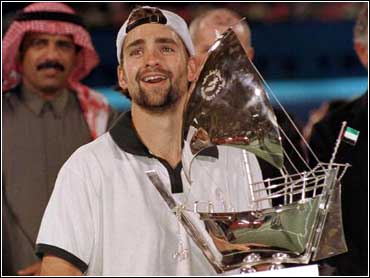 Kiefer, the losing finalist last year to Jerome Golmard of France, became the first No. 1 seed to win the tournament. He got $187,000 and a BMW.

Ferrero, 20, the youngest player in the tournament, played well throughout the 2 1/2-hour match. He saved two match points in the next-to-last game, but Kiefer won the title with superb serving.

In all, Kiefer, who trains with world pole vault record-holder Sergei Bubka, served 11 aces compared to only one by Ferrero.

The victory moved Kiefer from fourth place to sixth in the world rankings. Ferrero moved to 10th, the highest of his career, after coming to Dubai ranked 43rd.