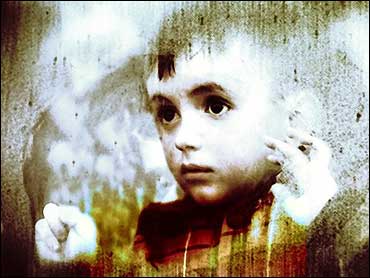 The recession's impact is wide-ranging and felt in all corners of the nation, and all circles of society.

As CBS Evening News anchor Katie Couric pointed out on The Early Show Monday, "(CBS News) has reported on every aspect of this recession, practically -- on businesses, on the effect it's having on institutions, the banking crisis, the mortgage crisis."

But what about our nation's children?

Early Show co-anchor Maggie Rodriguez said "Children of the Recession" is an "event we're very proud of, in association with our print partner, USA Today. ... It looks at the suffering that the recession is causing our children and the solutions that some people have found.

"A new CBS News poll found nearly four-in-ten parents say the recession is affecting the lives of their children. Nearly a-third of parents say the recession has had a lot of impact on their family. And at some point over the past six months, 60 percent of parents have had to tell their kids they might not have as much money to spend as they used to. Two-thirds of parents believe children lacking health insurance is a very serious problem.

"We will focus on all of this, this entire week. We'll have reports on The Early Show," on CBS News Sunday Morning, Weekend News, CBS Radio, our partners at USA Today and, of course, on The CBS Evening News with Katie Couric.

Couric explained that CBS News was approached by Irwin Redlener, director of the Children's Health Fund, which does medical outreach to underserved communities, and he "talked to us about this underreported story about the impact the recession is having on our youngest citizens. You know, there's the baby boomers, and 'Gen-x,' and we wondered if this generation is going to be known as 'The Recession Generation." '

"Children of the Recession" will look not only at the suffering the recession is causing for our nation's young, but at solutions some people have found. The economic crisis can affect all aspects of our children's lives, including their health, psychological development, education, housing, and medical care.

Children don't have the voice adults have. This week, CBS News will give children that voice, taking you inside the lives and the hearts of children facing an economic crisis that holds their future -- and in many ways, our future -- in the balance.

On The Early Show, Couric previewed a piece she did for Monday's Evening News on a program called Safe Families, which steps in when a parent simply can't afford to take care of their children. It harkens back to the Great Depression, when kids were sent away while parents got back on their feet. "Safe Families" enables parents experiencing a temporary crisis to arrange for their children to stay with a Safe Families volunteer family.

Couric told Rodriguez "Children of the Recession" will also be looking at the psychological impact of the recession -- at "teens who want to talk about it, even if their parents are trying to protect them. We'll meet some terrific teachers who describe how they see students less able to focus on school work when there are money troubles at home, and how they are trying to help kids as best they can, even spending their own money to buy a prom dress, or pay for a test. We'll meet children who are homeless and making the best of it.

"So there's heartbreak, but hope, too."