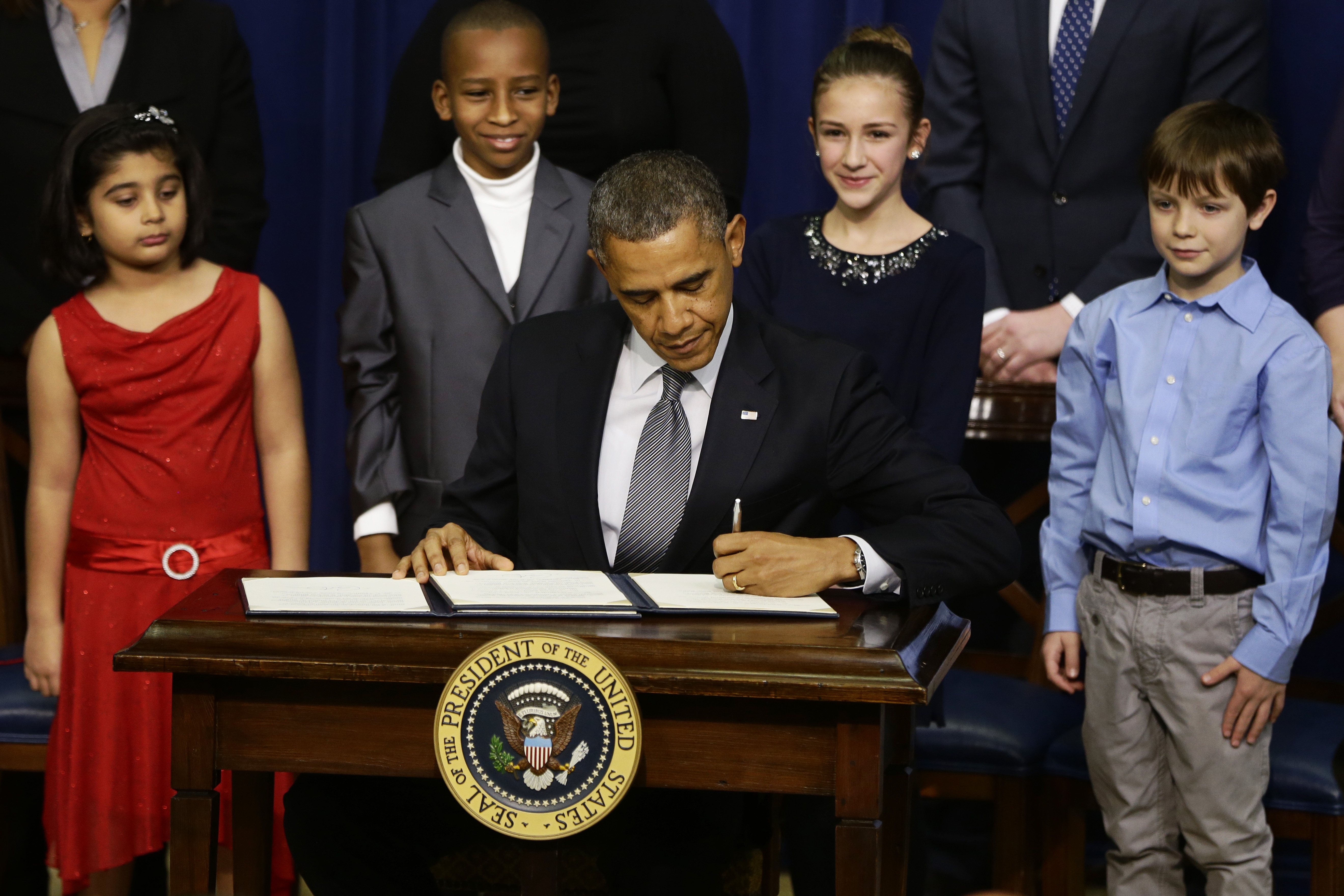 When President Obama today outlined a comprehensive plan for reducing gun violence, four children were seated by his side.

The president read parts of their letters and remarked, "This is our first task as a society: Keeping our children safe. This is how we will be judged. And their voices should compel us to change."

Taejah wrote to the president, "I am writing you to ask you to STOP gun violence. I am very sad about the children who lost their lives in Conn."

Hinna noted in her letter that "bullets don't have eyes," so "it can hurt anyone."

Julia, meanwhile, said she was worried about the safety of others.

"I have 4 brothers and sisters and I know I would not be able to bear the thought of losing any of them. I may not [be] that into politics but my opinion is that it should be very hard for people to buy guns.... I know that laws have to be passed by Congress, but I beg you to try very hard to make guns not allowed. Not just for me, but for the whole United States."

Grant noted in his letter, "It's a free country but I recommend there needs to be a limit with guns. Please don't let people own machine guns or other powerful guns like that. I think there should be a good reason to get a gun... We should learn from what happened at Sandy Hook. I feel really bad about what just happened."

Grant also added at the end of his letter: "P.S.: I know you're doing your best."

Read the letters below.