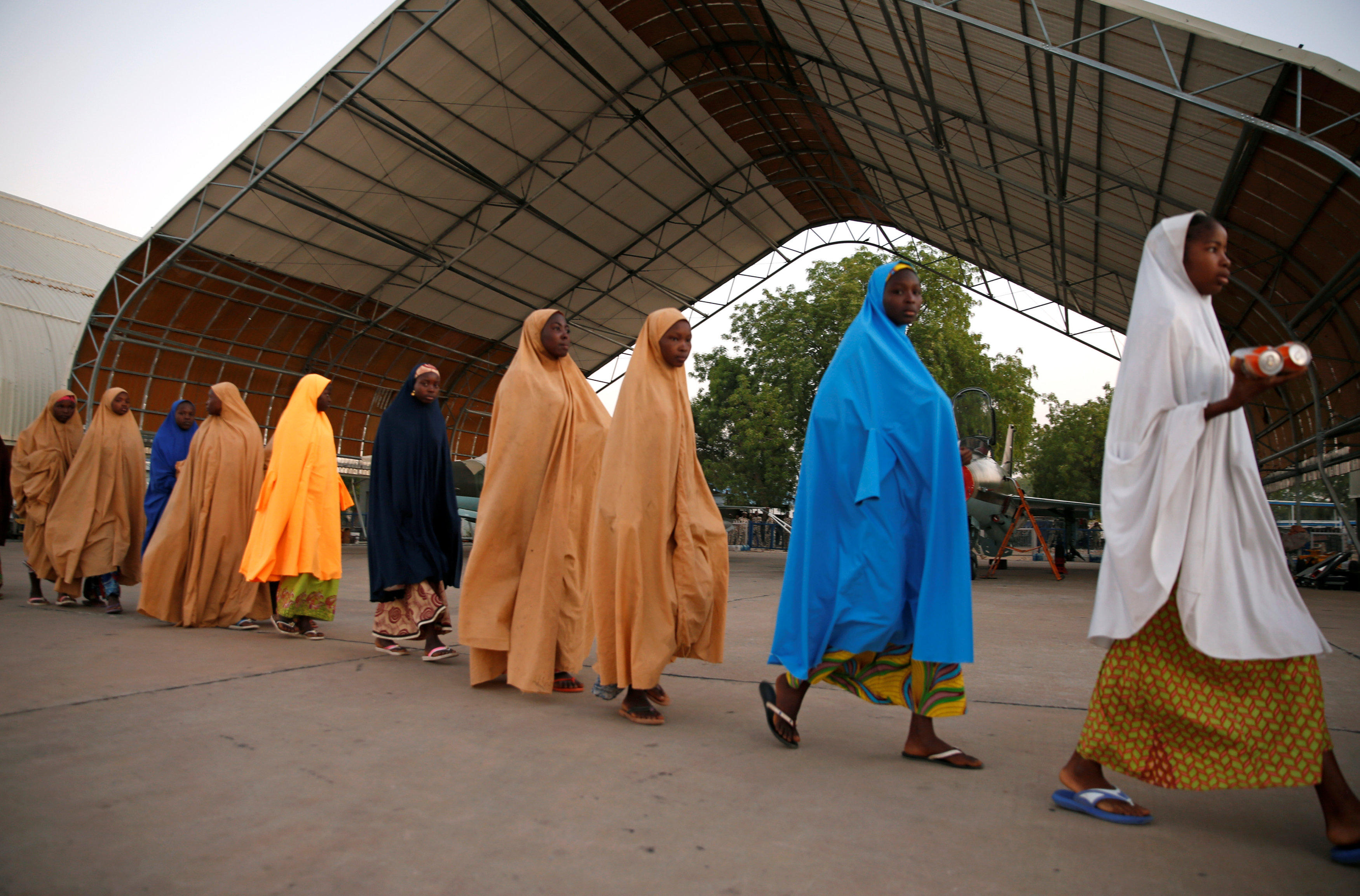 A Nigerian Christian schoolgirl abducted by Boko Haram in February has called on the government to secure her release, local media said Tuesday, citing a purported audio recording of the hostage. Leah Sharibu, 15, was among more than 100 schoolgirls abducted from their hostel in the town of Dapchi in the restive northeast on February 19.

The only Christian among the hostages, she remains in captivity months after all the other girls were released.

In an unverified recording the jihadist group sent to local media late Monday, Sharibu made a passionate plea to the government of President Muhammadu Buhari to work towards her freedom.

"I plead with... the government and the president to have pity for me and save me from my situation," Sharibu said in the Hausa language widely spoken in the north.

Sharibu faltered and repeated herself in the recording, suggesting she was reading from a prepared text.

If verified, it would be the first evidence that Sharibu was alive since she was kidnapped.

The audio was accompanied by a picture of Sharibu clad in a light brown hijab revealing only her face, sitting on a mat in an undisclosed location.

The government said it would work to verify the authenticity of the recording.

"The secret service is analysing the voice. Our reaction will follow the outcome of the investigation," Buhari's spokesman Garba Shehu said on his Twitter page.

"For President Buhari, nothing will be spared in bringing all our girls home. He will not rest until all of them are freed," he added.

Fighters believed to be loyal to an ISIS-affiliated Boko Haram faction led by Abu Mus'ab Al-Barnawi abducted the girls after storming the Government Girls Science and Technical College in Dapchi in Yobe state.

The incident evoked memories of the April 2014 kidnapping of 276 schoolgirls from the town of Chibok in neighbouring Borno state.

Although more than 100 Chibok girls have been freed or rescued, some 112 are still missing.

The jihadists returned 110 Dapchi girls to the town on March 21, following negotiations with the government.

Both the government and the jihadists claimed no ransom was paid, but a UN report earlier this month said Nigeria paid huge sums for the girls' release.

Some of the released girls said five of their schoolmates died in captivity while Sharibu was held back for refusing to forsake her Christian faith for Islam.

Sharibu's captivity has stoked tensions particularly among Christians who have accused the government of insensitivity and not doing enough to secure her release.

Nigeria is roughly evenly divided between Muslims and Christians and religious tensions lead to occasional flareups.

Sharibu's captivity has become a political issue with Buhari seeking a second term in office in February elections.