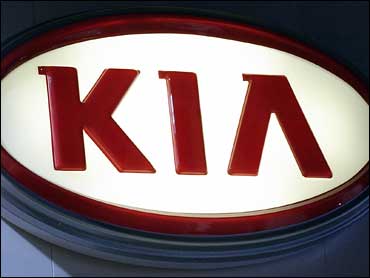 Kia Motors Corp., South Korea's second-largest automaker, announced Monday it will set up an auto factory in the state of Georgia that will begin production in 2009 and employ 2,500 workers.

Kia said the $1.2 billion facility will be its first manufacturing plant in the United States. Georgia Gov. Sonny Perdue and President and CEO Euisun Chung made the announcement at a ceremony in Seoul.

Locations in Mississippi and Tennessee had also contended for the plant.

The facility is expected to produce 300,000 vehicles per year at maximum capacity, Kia said. Kia also said that five to six auto suppliers are expected to set up nearby, resulting in the creation of an additional 2,000 jobs.

The company, maker of the Optima midsize sedan, the small-size Picanto and Sorento sport utility vehicle, is an affiliate of South Korea's largest carmaker, Hyundai Motor Co., which has a factory in Montgomery, Ala. West Point is about 80 miles southwest of Atlanta.

Proximity to the Hyundai site — combined with a $258 million incentive package from the state — helped sway Kia.

Kia, which last year exported three-fourths of its South Korean production, is pursuing an aggressive overseas expansion. Besides moving into the United States, it's building a second plant in China and expects its first European factory to start up in Slovakia at the end of the year.

"Kia Motors has entered an aggressive growth phase in the U.S," Chung said.

The company also supplies materials to partners for vehicle assembly in Malaysia, Indonesia, Vietnam, Russia and Iran. Kia sold 1.27 million vehicles in 2005, 13.9 percent more than the year before.

Georgia has been hit hard by decisions at Ford Motor Co. and General Motors Corp. to close their plants in the state.

Perdue said Kia's decision to locate in the state "is a testament to the tools, experience and know-how Georgia will deliver to one of the automotive industry's leading innovators."