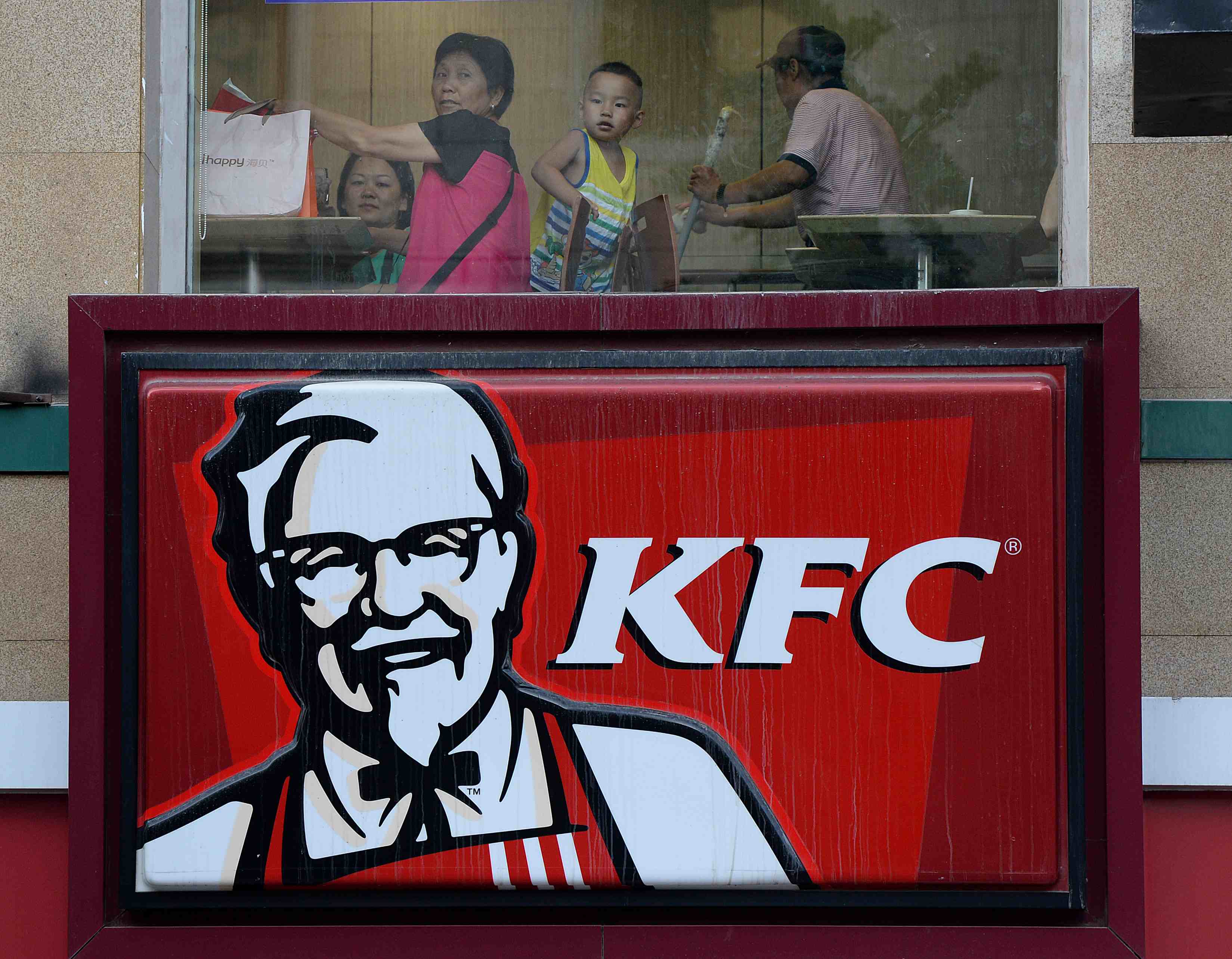 Selling chicken is no easy task during outbreaks of bird flu. Just ask Yum Brands (YUM), the owner of KFC.

Yum has made a huge investment in China over the years, where it gets more than half its total sales. That seemed like a smart move when the country's economy was growing like wildfire and when diners couldn't get enough of American fried chicken.

But in 2013 came the first wave of an avian flu outbreak, followed by another one this year that caused more than 20 deaths. The company also faced news reports that one of its suppliers was overusing antibiotics, revelations that caused an immediate consumer backlash.

As a result, the Chinese began cutting back on chicken, including KFC. Sales took a plunge, and KFC's attempts to reignite customer interest have faltered.
So now, KFC is pulling out all the stops with a total makeover, including new uniforms and packaging and a new look for stores. It's also taking the unusual step of introducing 15 new or relaunched products simultaneously, including two new chicken sandwiches, three rice dishes, four snacks and six drinks or desserts. The menu will eventually have 66 items.
The effort may still not be enough in a country where chicken's popularity has plunged. The bird flu "actually took a lot of people just completely out of poultry," said Sam Su, who leads Yum's China arm, in an investor meeting last year, Businessweek reported.
One of Yum's chicken suppliers in China, Tyson Foods, said the demand for chicken in China is down as much as 30 percent in the country, Reuters reports, causing a large oversupply. Food-safety concerns, bird flu and a slowing economy likely all played a part in that slump.
And after people begin eating chicken again, Yum will have to get them into KFC stores -- a difficult proposition when consumers turned so forcefully against the chain. "Kick KFC out of China!" one person wrote on the Twitter-like microblogging service Weibo, according to The Wall Street Journal. "Otherwise their fast-grown chicken would continue to poison the Chinese people."
Then there was this doozy from Beijing-controlled national television broadcaster CCTV in 2012: "KFC's control and management over food safety cannot be trusted completely by customers."
Investors that previously applauded Yum's big gamble in China aren't sure now what to think. The stock has been on a roller-coaster over the last year, and Thursday was only up about 2.6 percent from a year ago.
View CBS News In
CBS News App Open
Chrome Safari Continue
Be the first to know
Get browser notifications for breaking news, live events, and exclusive reporting.