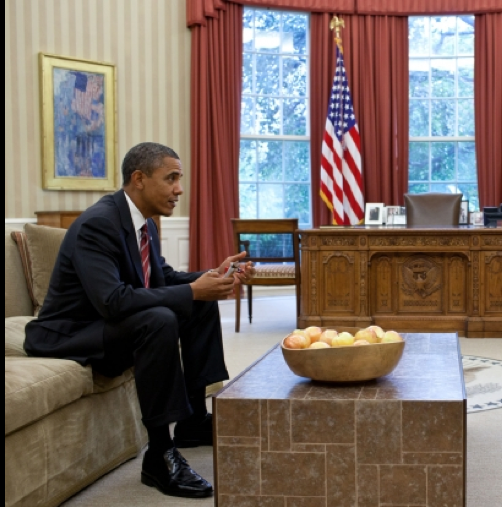 President Obama's move Wednesday to reject a permit to build the Keystone XL pipeline drew fire from supporters of the project, with a spokesman for House Speaker John Boehner telling CBS that the decision threatens to "destroy tens of thousands of American jobs."

Yet exactly how much work Keystone, a proposed 1,700-mile pipeline that would transport oil from Alberta, Canada, to the Texas Gulf Coast, would generate remains in dispute. Transcanada (TRP), the energy giant bidding to build the pipeline, projects the undertaking would create 20,000 jobs in the U.S., including 13,000 positions in construction and 7,000 in manufacturing.

That figure, based on a report by a consulting firm hired by Transcanada to assess the project's economic impact, has been widely cited by Keystone backers on Capitol Hill. Other estimates advanced by supporters of the pipeline have been even more optimistic, with the U.S. Chamber of Commerce claiming it could create 250,000 permanent U.S. jobs.

But subsequent analysis suggests that Keystone's job-creating potential is more modest. The U.S. State Department calculated last year that the underground pipeline would add 5,000 to 6,000 U.S. jobs. One independent review of Keystone puts that number even lower, with the Cornell University Global Labor Institute finding that the pipeline would add only 500 to 1,400 temporary construction jobs. The authors of the September report also said that much of the new employment stemming from Keystone would be outside the U.S.

Transcanada itself cast doubt on its employment forecast when a vice president for the company told CNN last fall that the 20,000 jobs Keystone would create were temporary and that the project would likely yield only "hundreds" of permanent positions.

Another reason for the discrepancy appears to stem from what that 20,000 figure really means. As Transcanada has conceded, its estimate counted up "job years" spent on the project, not jobs. In other words, the company was counting a single construction worker who worked for two years on Keystone as two jobs, lending fuel to critics who said advocates of the pipeline were overstating its benefits.

The construction of KXL will create far fewer jobs in the U.S. than its proponents have claimed and may actually destroy more jobs than it generates....

The claim that KXL will create 20,000 direct construction and manufacturing jobs in the U.S. is unsubstantiated. There is strong evidence to suggest that a large portion of the primary material input for KXL -- steel pipe -- will not even be produced in the U.S.

In a statement, President Obama attributed the decision to block construction of the pipeline to "the rushed and arbitrary deadline insisted on by Congressional Republicans," saying it "prevented a full assessment of the pipeline's impact, especially the health and safety of the American people, as well as our environment."

The furor is likely to continue, highlighting the intense election-year politics around Keystone. In urging Obama to approve the project, for instance, Boehner said on Wednesday that the pipeline would create 100,000 new jobs.