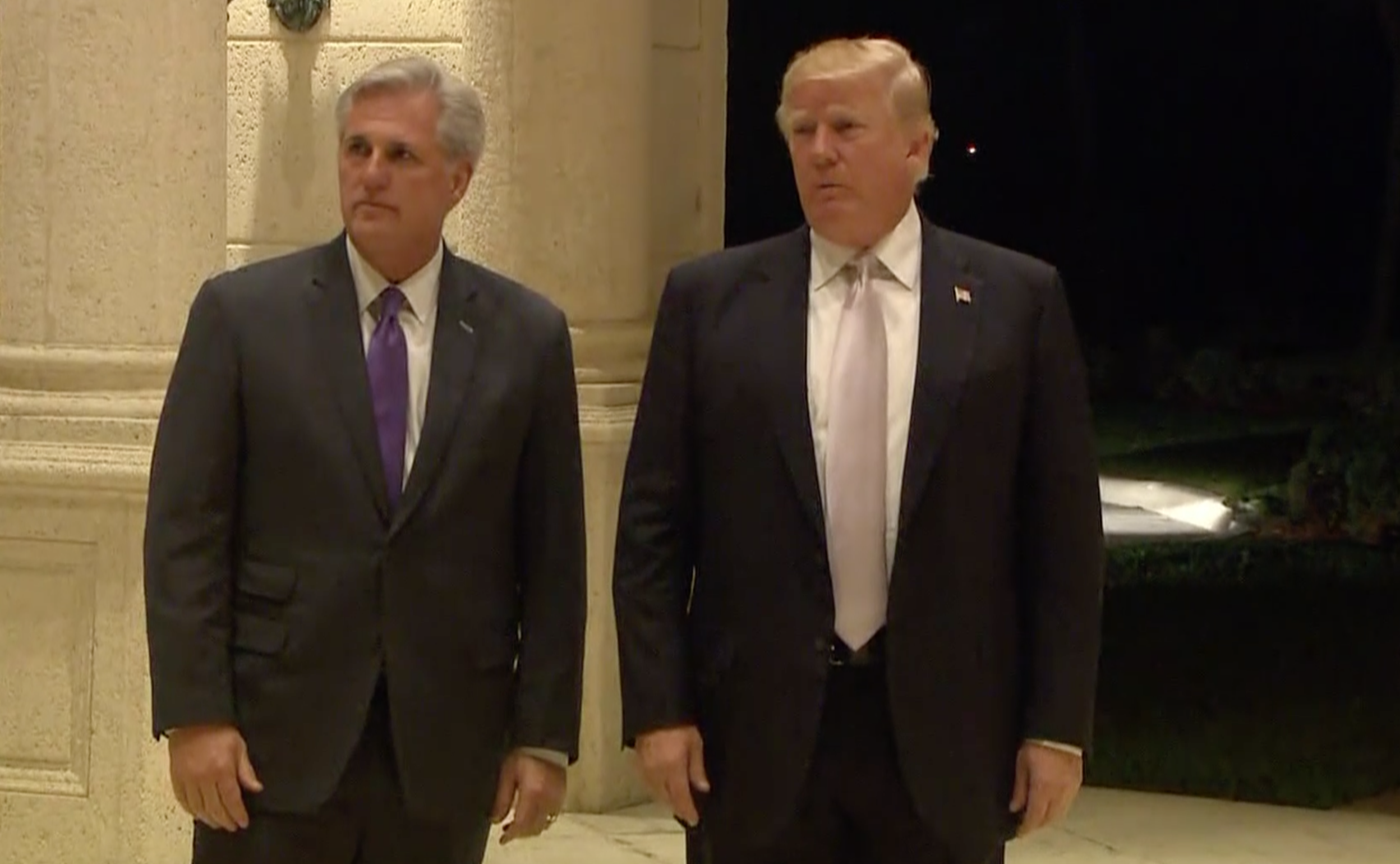 House Majority Leader Kevin McCarthy says he will introduce a bill this week to fully fund a border wall between the United States and Mexico. Building the wall is a campaign promise and rallying cry for President Trump, whose support McCarthy may be seeking as the frontrunner to be the next speaker of the House.

McCarthy is sponsoring the "Build the Wall, Enforce the Law Act," which would dedicate over $23 billion to building the border wall. The bill would also include measures to cut off funds for sanctuary cities and to facilitate deportation and detention of immigrant gang members. Breitbart, a right-wing news site, first reported that McCarthy would introduce the bill.

"For decades, America's inability to secure our borders and stop illegal immigration has encouraged millions to undertake a dangerous journey to come here in violation of our laws and created a huge loophole to the legal channels to the immigration process where America welcomes immigrants to our country," he said in a statement to Breitbart.

Congress has already given $1.6 billion to build the wall, although Mr. Trump has often said at rallies that this is insufficient funding. According to Breitbart, McCarthy is hoping to leverage his bill as an issue in the midterm elections in order to rally Trump-supporting Republican voters.

McCarthy is also running to be the next speaker of the House after current Speaker Paul Ryan steps down this year. However, he is facing an unexpectedly serious challenge from Ohio Rep. Jim Jordan, a hard-right member of the Freedom Caucus.

McCarthy has been close to the speakership before. When former Speaker John Boehner stepped down in 2015, McCarthy was seen as his natural successor. However, his campaign crumbled due to opposition from the House's more conservative members. Ryan eventually accepted the post.

McCarthy tweeted out a link to the Breitbart article discussing his bill on Tuesday.