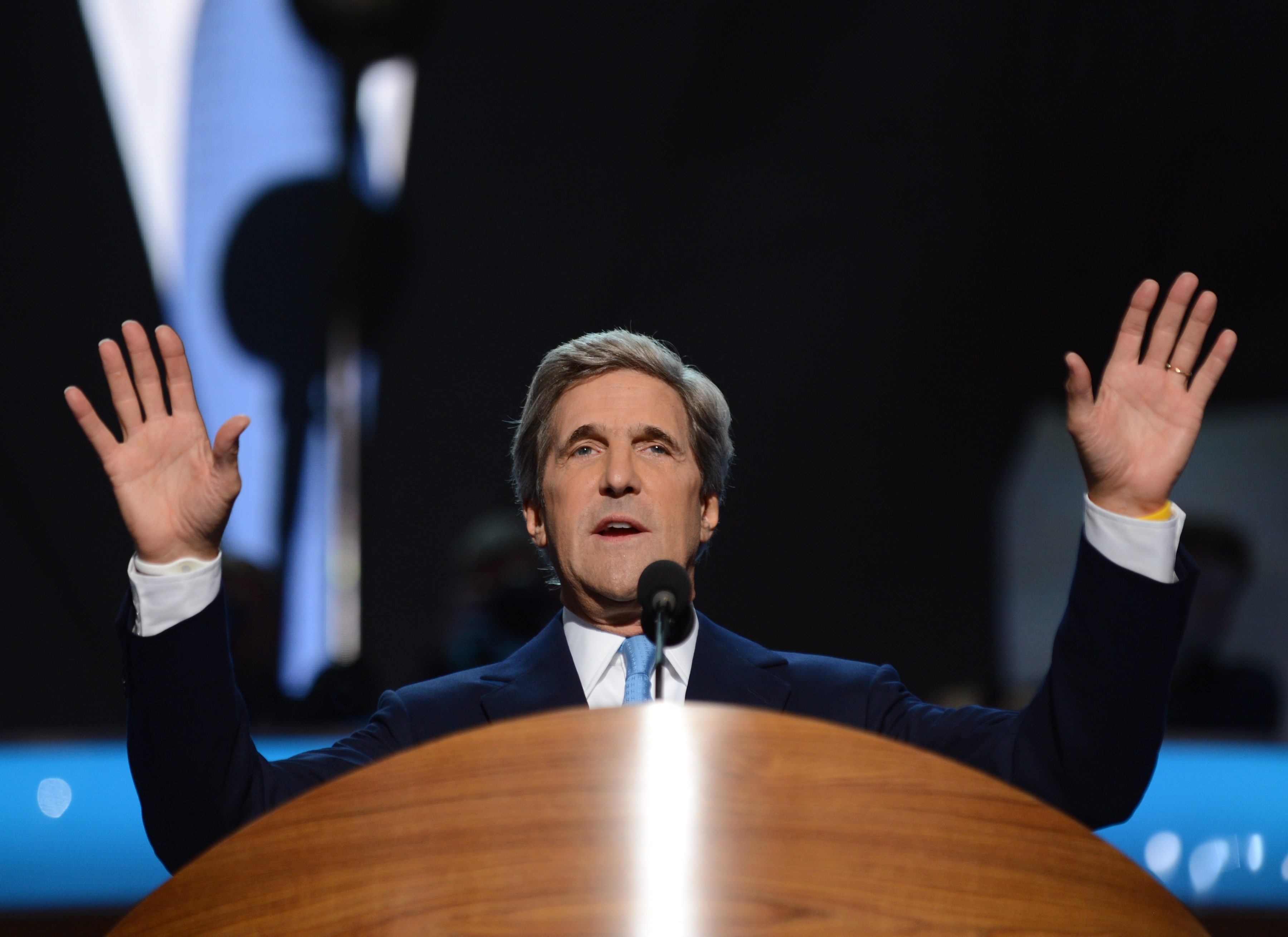 (CBS News) CHARLOTTE, N.C. -- Sen. John Kerry, D-Mass., one of President Obama's top surrogates on issues of national security and foreign policy, delivered a brutal speech against Mitt Romney Thursday night, casting the Republican presidential nominee as too inexperienced, inept and extreme to lead the most powerful nation in the world.

"We've all learned Mitt Romney doesn't know much about foreign policy," Kerry, the 2004 Democratic presidential nominee, said at the Democratic National Convention. "But he has all these neocon advisors who know all the wrong things about foreign policy. He would rely on them--after all, he's the great outsourcer."

Kerry added, "This is not the time to outsource the job of commander in chief."

At the same time, the senator characterized Mr. Obama as a principled and bold leader.

"Ask Osama bin Laden if he is better off now than he was four years ago.," he said to cheers. "Barack Obama promised always to stand with Israel, to tighten sanctions on Iran, and take nothing off the table."

Not satisfied with attacking his rival party's nominee, Kerry blasted the entire GOP as downright un-American.

"Our opponents like to talk about 'American exceptionalism,' but all they do is talk," he said. "The only thing exceptional about today's Republicans is that--almost without exception--they oppose everything that has made America exceptional in the first place."

Kerry cast Romney, however, as exceptionally ill-suited to lead, calling him "an extreme and expedient candidate, who lacks the judgment and vision so vital in the Oval Office." Romney and his running mate Paul Ryan, he said, are "the most inexperienced foreign policy twosome to run for president and vice president in decades."

The senator berated Romney for changing positions on issues like the wars in Iraq and Afghanistan, as well as the conflict in Libya. He also ridiculed him for his recent gaffe-filled trip to the United Kingdom.

"For Mitt Romney, an overseas trip is what you call it when you trip all over yourself overseas," Kerry said. "It wasn't a goodwill mission--it was a blooper reel."

By contrast, Kerry commended Mr. Obama for working with Russia to reduce the threat of nuclear weapons. He hailed the president's decision to pursue Osama bin Laden, his success winding down the war in Iraq and carrying out the war in Afghanistan responsibly. He also defended Mr. Obama's partnership with Israel, noting that Israeli Prime Minister Netanyahu has said of the U.S. under Mr. Obama's leadership, "our security cooperation is unprecedented."

"No nominee for president should ever fail in the midst of a war to pay tribute to our troops overseas in his acceptance speech," Kerry said. "Mitt Romney was talking about America. They are on the front lines every day defending America, and they deserve our thanks."