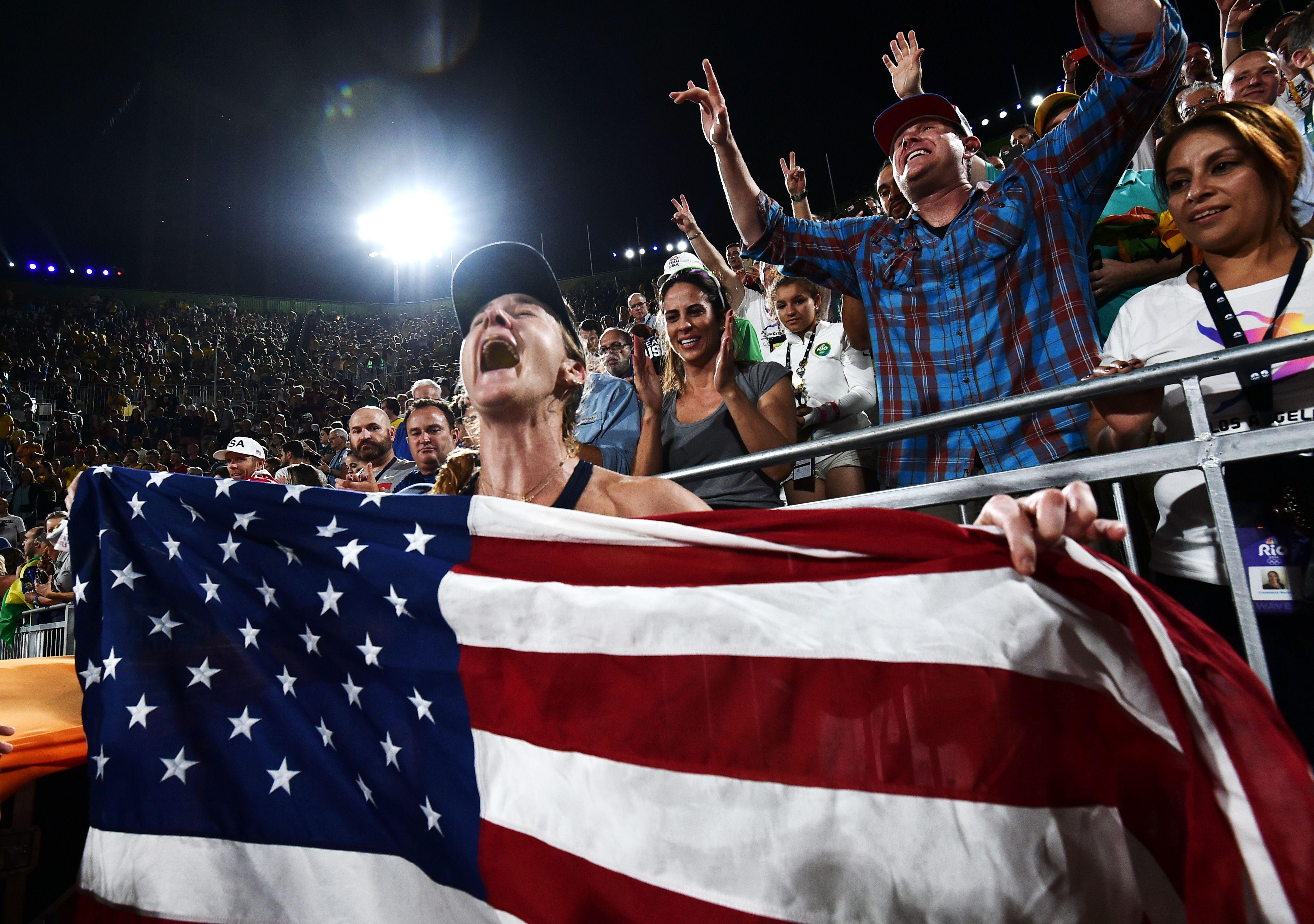 RIO DE JANEIRO -- Kerri Walsh Jennings has three gold medals from the last four Olympics, and has had 5 shoulder surgeries to make all that possible. On Thursday she and her volleyball partner April Ross took home the bronze in Rio.

Walsh Jennings has a nickname: Six Feet of Sunshine. She has quickly become one of the superstars of this Olympics. Fans have praised the 38-year-old’s strength and maturity as the oldest female medal winner in beach volleyball history.

“She’s not six feet of sunshine when she’s on the court. Make no mistake, no one wants to win more than her,” Ross said.

But, as Walsh Jennings has always said, her biggest job might be mom to her three children, all under 7.

During the London games she was five weeks pregnant with her youngest – as she became arguably one of the most dominant U.S. Olympic athletes ever. For the Rio Olympics, she said being a mom came in handy during her training.

“I’ve been working this whole year to try and be a morning person and it’s so hard,” she said. “But that being said, I’m a mommy. If you wake me up at four in the morning to play, I’m gonna be ready.”

After winning 26 straight Olympic matches, this week she lost to host country Brazil. Though clearly disappointed, how did Walsh Jennings respond?

When she finished the match, she started running around the beach high-fiving people, thanking the fans like she does when she wins.

After the match, Jennings refused to speculate on whether this Olympics would be her last.

I focus on the present, she said. That’s where my joy is.