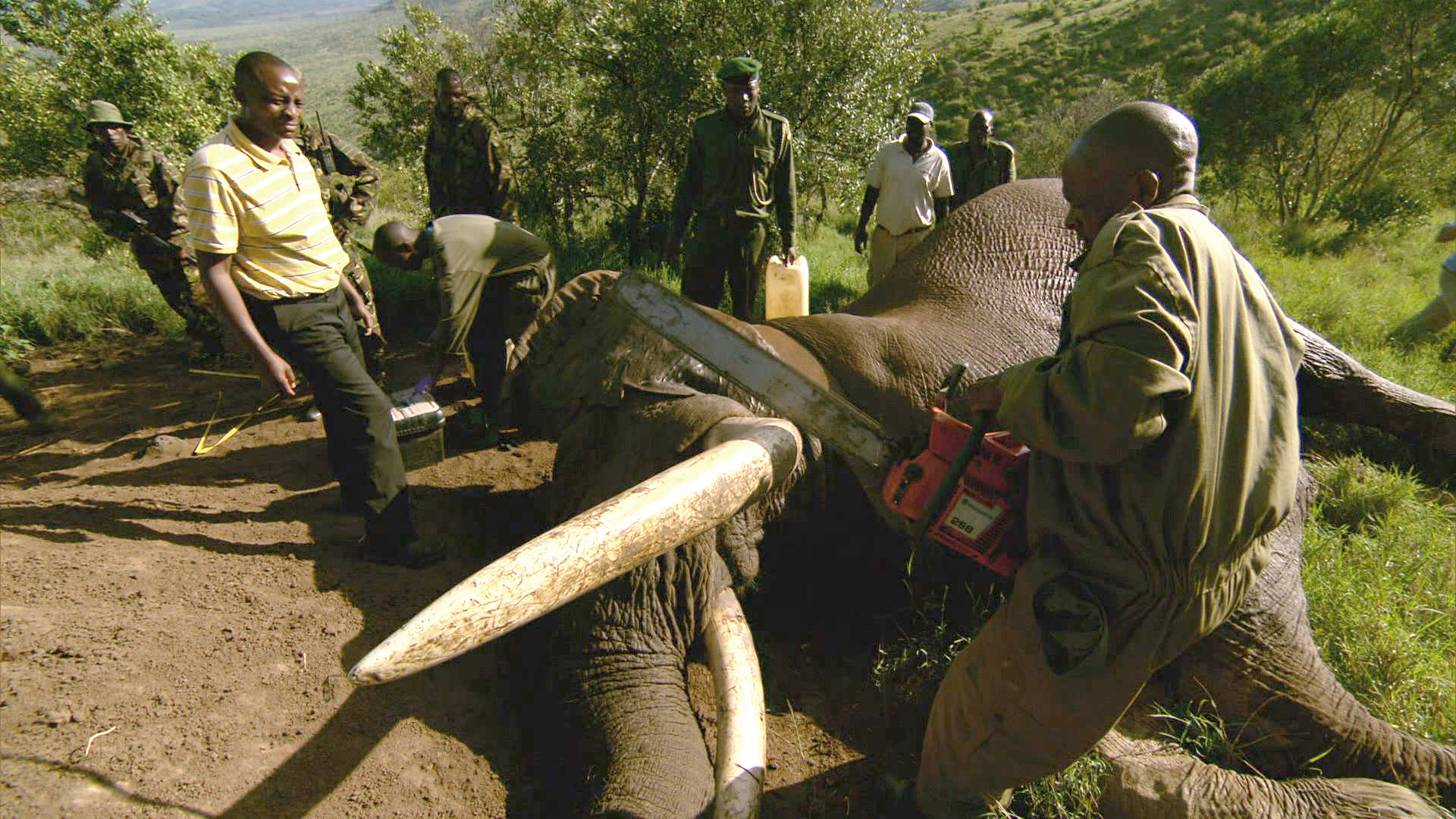 (CBS News) Mountain Bull is a six-ton living legend in Kenya. He has evaded poachers many times before. Now hunters are after him again -- for his massive tusks.

They chased him for more than an hour. Finally, the Bull broke cover, and there was a clear shot -- not from a bullet, but a drug-filled dart. These hunters were government veterinarians.

The magnificent bull elephant has already had lots of interaction with poachers. In one incident alone, he was shot eight times -- the slugs are still in his body. But he has survived. Now conservationists and rangers are doing something dramatic: they're taking off part of his tusks in the hopes it will make him less of a target.

It's a controversial move. He's less of a target for poachers but also less able to defend himself against other bull elephants. The tusks will eventually be destroyed by the government.

An estimated 25,000 elephants are being killed every year by well-armed African gangs -- some have links to organized crime -- with much of the illegal ivory ending up in China.

"It's the worst that it's been in the last 30 years," says conservationist Ian Craig. "It's a steady deterioration, and it's getting worse."

Craig co-founded the Northern Rangelands Trust, which receives some funding from the Nature Conservancy. His group helps protect wildlife across three million acres of private land.

Craig says that a gunman who kills an elephant with tusks weighing 10 kilograms each would receive about $2,500, or more than five times what an average worker earns in a month.

Poaching gangs use the light of the full moon to hunt. And now, so do the Rangers. This year, six rangers have died in firefights with poachers. On the night we joined the patrol, it was quiet.

But 300 miles to the south, the killing continued. Automatic weapons fire felled a family group of six elephants. Their ivory was hacked out and, in all probability, left the country within days. As long as the demand exists, the slaughter will continue.

"It's not a winnable war in the long term," says Craig. "As a country, we can't keep putting this level of resources into the protection of elephants forever."

Instead, Craig is promoting the idea that saving elephants for tourists can be much more profitable than killing them.

"They're seeing better security for themselves, money being generated from tourism going into education, water projects," Craig says. "Where these benefits are clean and clear to communities, it's working."

Mountain Bull eventually wobbled to his feet and headed back into the brush, where he now may be able to live out his days in peace.