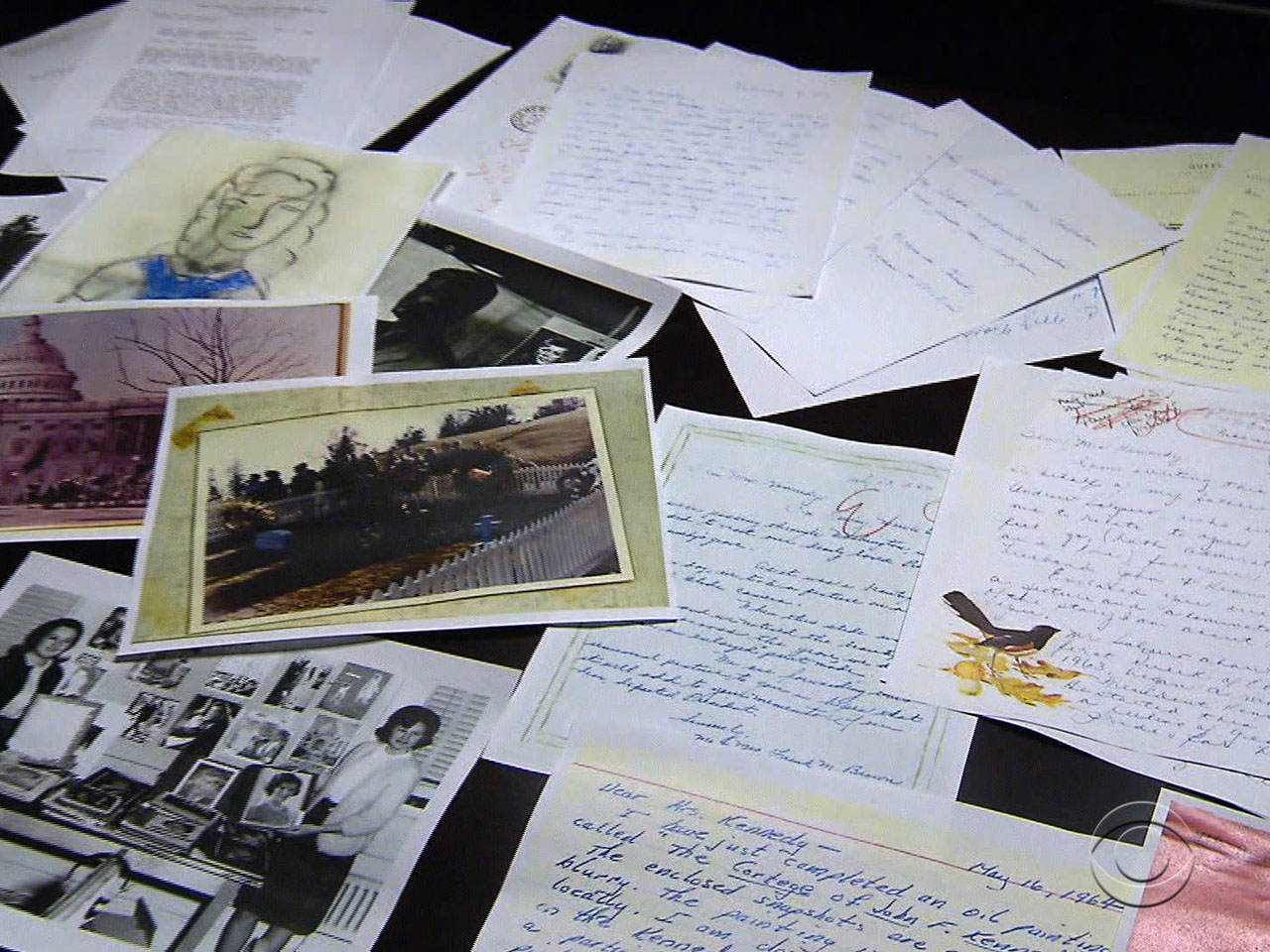 The former first lady, 50 years ago Tuesday, made her first public statement since the assassination of President John F. Kennedy. Jackie Kennedy said then, "I want to take this opportunity to express my appreciation for the hundreds and thousands of messages, nearly 800,000 in all, which my children and I have received over the past few weeks."

On Tuesday, for the first time, the Kennedy Library opened the files of condolence letters from Mrs. Kennedy's personal papers, posting them online.

Forty-four boxes of letters, some 7,000 in all, were kept in Jackie Kennedy's personal collection.

They came from ordinary people all over the world. An Italian sculptor sent a photo of a bust he'd made of the president. A California artist sent a painting of the funeral cortege.

Boy Scout Explorer Post 187 offered "to help you move into your new apartment when you come here to the City of New York in the fall."

The president's widow saved many letters from children, including one from 10-year-old Bridget Hebert of Lake Charles, La. “I guess you haven't gotten over the shock of your husband's death, because I haven't either," she wrote. "Come over, if you can, to our house to rest."

Bob Thorn, 13, felt partly responsible for the tragedy. "It was kind of my fault,” he said, revealing he'd received a "C" in American history at school. "After this tragic loss, I realized that I could do plenty to help my country. Next term, I promise you, I'll get an A."

An envelope from Maxine McNair in Alabama was marked V.I.P: “When the tragic news came across the airwaves, again," she wrote, "my heart said, 'It isn't true. It didn't happen’."

McNair's daughter Denise and three other girls had been killed five months earlier in the bombing of the 16th Street Baptist Church in Birmingham.

"May I commend you on your wonderful display of courage," she added. "Isn't it strange how people with so much to give the world are taken."

In 1964, Jackie Kennedy said, "The knowledge of the affection in which my husband was held by all of you has sustained me."

Mrs. Kennedy made certain all these letters were answered by her personal secretaries and saved as an archive of a nation's grief.