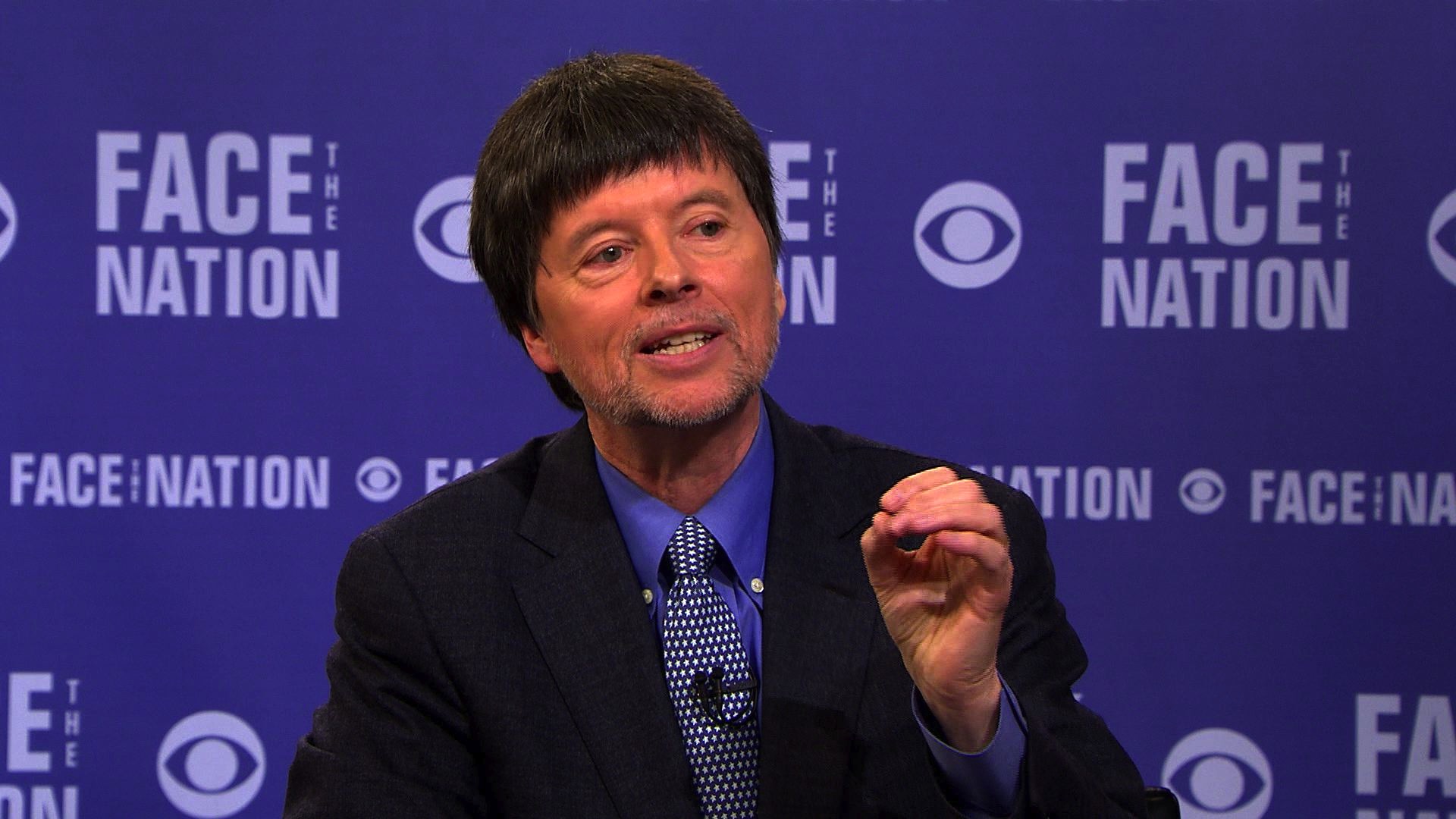 With the anniversary of Jackie Robinson's first game in Major League Baseball coming up on April 15, documentary filmmaker Ken Burns called him "the most important person in the history of baseball."

"He may not be the best player, but he's the most important," Burns said in an interview for CBS' "Face the Nation." "Because he was this pioneer, finally making the game what it had always claimed to be, the national pastime, by being the first African American in the modern age to cross the color line."

Burns was speaking about his new documentary, "Jackie Robinson," which airs this Monday and Tuesday on PBS. Robinson's story is important to focus on now, he said, because there are so many parallels between what was happening in the world at that time and the racial tensions that are flaring up today.

"What's so interesting about the story of Jackie Robinson is it resonates with today in so many ways, from Confederate flags, to driving while black, to stop and frisk, to all the things that we think are the modern stuff we're dealing with with regard to race," he said.

It's important to remember, Burns said, that Robinson was a forerunner of the Civil Rights movement--and that his entry into Major League baseball came before the actions of Rosa Parks or Martin Luther King Jr.

"When you realize when he came up on April 15th, 1947, Martin Luther King was a junior at Morehouse College. Truman hadn't integrated the military. There had been no Brown versus Board of Education," he said. "Rosa Parks hadn't thought of not giving up her seat, though Jackie had done it three years earlier on a military base in Texas, Fort Hood. He's really, as-- as King himself said-- a sit-inner before sit-ins, a freedom rider before freedom rides.

Burns also spoke about the story of Robinson and his wife, Rachel Robinson, noting how strong a partnership the two had and how much it affected Robinson's ability to deal with the discrimination he faced on the field.

"I don't think you could have had Jackie Robinson without Rachel," he said. "She was able to provide a kind of safe haven for him-- to go out to the ballpark and could see what was happening and then they didn't have to bring it home. There wasn't a kind of rot that developed there."

President Obama and first lady Michelle Obama were interviewed for the documentary, with Michelle Obama speaking about how the Robinsons' "real partnership ... is probably what made him such a great man." Burns said there are clear parallels between what Jackie and Rachel Robinson went through and what the Obamas have faced at the White House.

Fauci says Moderna boosters might not be ready by September 20