DENVER (CBS/AP) Kelsley Grammer, star of the television hits "Cheers" and "Frasier," never made it to the Colo. prison to confront his sister's killer during the man's parole hearing, but his words did.

"This is a butcher. This is a monster," Grammer's statement said. "I can never accept the notion that he can pay for the nightmare with anything less than his life."

A rain delay at a New York airport had prevented Grammer from confronting 52-year-old Freddie Glenn in person, but his words, read aloud from an email, had the intended effect. Glenn will not be seeing daylight any time soon.

The Colorado Parole Board also heard from other relatives of the victims and from detectives before deciding not to release Glenn.

Grammer had planned to attend the hearing at a state prison in Limon, about 90 miles southeast of Denver, but a rain delay at Kennedy International Airport in New York caused him to miss a connecting flight.

Glenn is serving a life sentence for the first-degree murder of Karen Grammer in 1975 when she was 18. She was abducted outside a Colorado Springs restaurant, raped and stabbed on July 1.

In addition to that slaying, Glenn was convicted of the June 19, 1975 slaying of 28-year-old motel cook Daniel Van Lone during a botched robbery, and the June 27, 1975, slaying of 19-year-old Army soldier Winfred Proffitt during a drug deal.

Glenn had been given the death penalty but that sentence was commuted in 1978 to life in prison with the possibility of parole. Colorado law no longer allows parole in life sentences for first-degree murder, but Glenn was convicted before that law was changed. 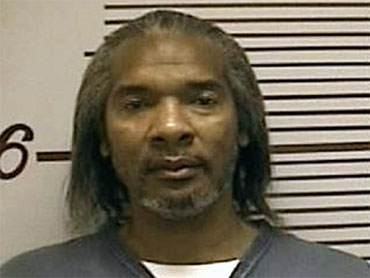 During the hearing, Glenn downplayed his role in the slayings and told the board, "I apologize for my participation in something so terrible. I am sincerely and truly remorseful," The Denver Post reported.

In his statement, Grammer said his sister had graduated from high school a year early and decided to take a year off after attending a semester of college. Grammer said she may have moved to Colorado Springs because of a boy she liked.

"She was so smart and good and decent. She wrote poetry ... We could laugh for hours together," Grammer wrote. "I was supposed to protect her — I could not. It very nearly destroyed me... When we heard this man might be paroled, the suffering began anew."

Glenn will be eligible for parole again in 2014.