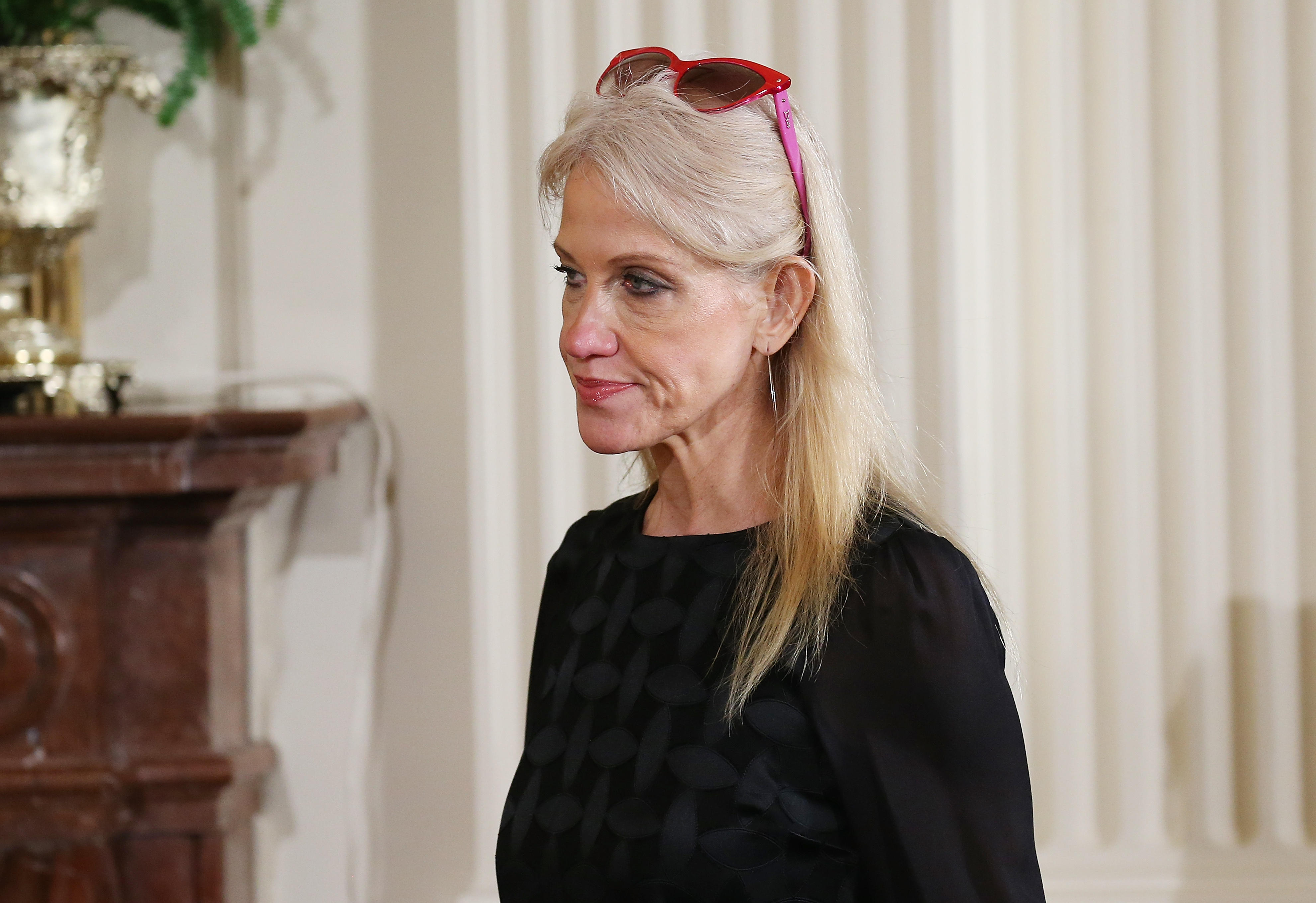 An investigation by the Office of the Special Counsel (OSC) found that White House aide and spokesperson Kellyanne Conway violated the Hatch Act on two separate occasions by "advocating for and against candidates" during the Alabama Senate special election campaign in December 2017.

The Hatch Act bars federal employees from using their government positions to sway an election in favor of or against a particular candidate in any election.

The OSC, lead by Henry Kerner, is a separate institution from special counsel Robert Mueller's probe into Russian meddling in the 2016 U.S. presidential election. OSC is an independent federal investigative and prosecutorial agency that investigates complaints about Hatch Act violations and other prohibited personnel practices (PPPs).

In Conway's case, the OSC found that "she impermissibly mixed official government business with political views about candidates in the Alabama special election," according to a statement addressed to President Trump that Kerner released Tuesday.

With the report, the OSC called on Mr. Trump to deliver "appropriate disciplinary action" for Conway.

"Ms. Conway was aware of the Hatch Act's prohibitions when she chose during both interviews to repeatedly identify reasons why voters should support one candidate over another in the Alabama special election," the document reads.

The OSC references two interviews Conway gave: one on CNN's "New Day," and the other on Fox News' "Fox & Friends."

"Doug Jones in Alabama, folks, don't be fooled," Conway said of the Democratic candidate in the Fox News interview on Nov. 20, speaking from the White House grounds. "He will be a vote against tax cuts. He is weak on crime. Weak on borders. He is strong on raising your taxes. He is terrible for property owners."

She again denounced Jones in favor of the Republican candidate Roy Moore during her Dec. 6 CNN interview.

"[T]he only endorsement that's mattered in the Alabama race … is the president's, because after he came out against Doug Jones -- and none of you seem to want to say those nine letters -- Doug Jones -- that God forbid people find out who he is and who he would be in the Senate, so the president had to go out and do it for you," Conway said.

"Kellyanne Conway did not advocate for or against the election of any particular candidate," he said in a statement. "She simply expressed the President's obvious position that he have people in the House and Senate who support his agenda. In fact, Kellyanne's statements actually show her intention and desire to comply with the Hatch Act -- as she twice declined to respond to the host's specific invitation to encourage Alabamans to vote for the Republican."