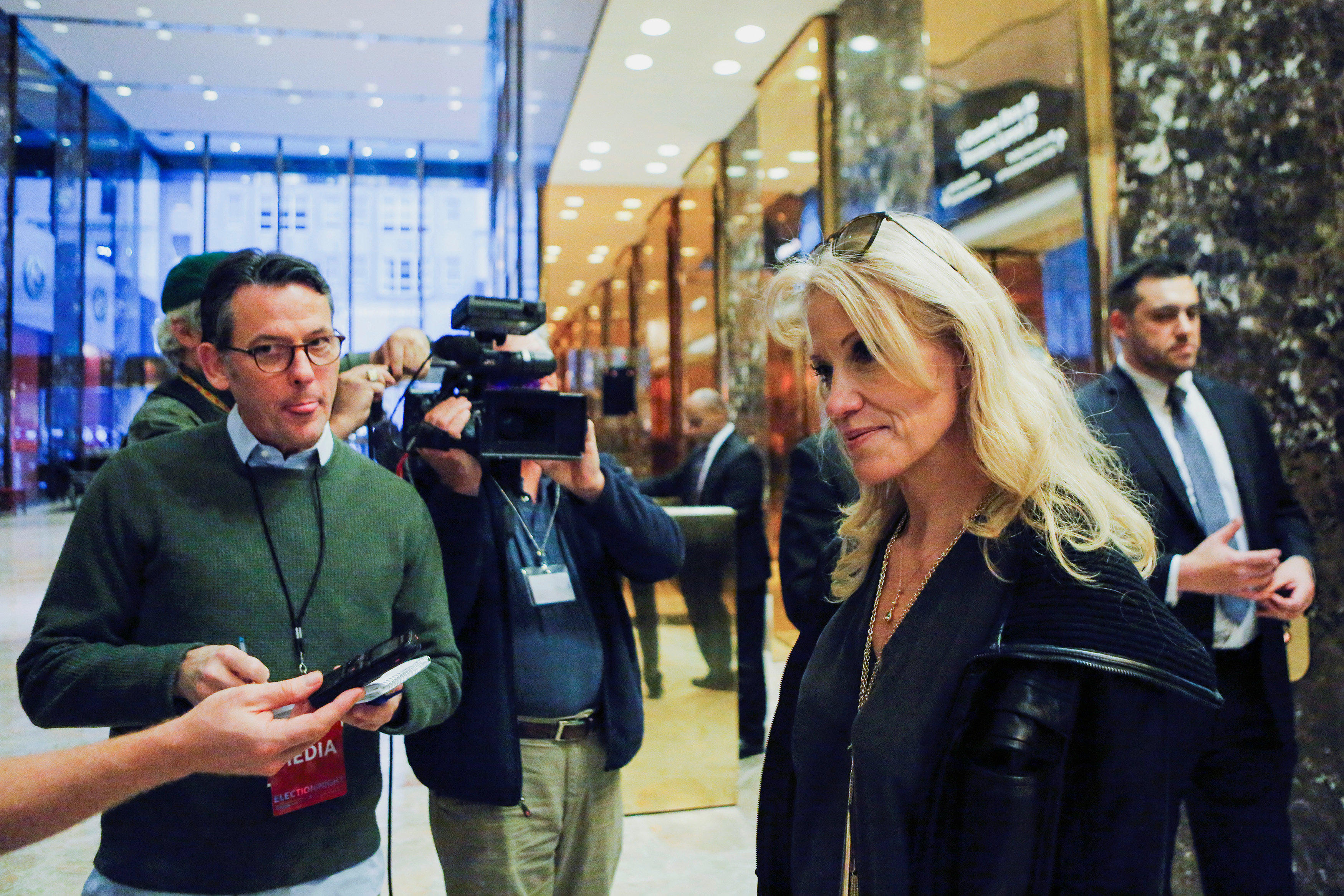 President-elect Donald Trump has a busy few days ahead of him as he enters into the flurry of transitioning to the White House.

Trump will be appointing a chief of staff “soon,” Kellyanne Conway, Trump’s campaign manager and now a senior adviser to the presidential transition team, told reporters Saturday as she arrived at Trump Tower. And he’ll soon be making his next public appearance “in the next couple of days,” according to press pool reports.

When asked by reporters what the timetable was on Trump announcing his chief of staff, Conway said it was “imminent.”

“I think chairman Priebus has expressed an interest in the position,” she added, referring to Republican National Committee chair Reince Priebus. “There are several people being considered. And it’s Mr. Trump’s decision ultimately.” Conway herself is discussing with Trump her own possible position in the administration.

Questioned when Trump would be making his first public appearance since his election night victory speech, Conway added: “In the next couple of days actually. We’re talking about that.” On whether Trump would be making a victory tour to certain states, the Trump campaign manager said, “it’s possible. We’re working on the schedule.”

Earlier in the day, Trump also met with Nigel Farage, the British politician who spearheaded the successful Brexit campaign for the United Kingdom to leave the European Union. Farage has also appeared with Trump on the campaign trail.

“I think they enjoy each other’s company and they absolutely had an opportunity to talk about freedom and winning and what this all means for the world,” she said.

Another big name that called on Trump Saturday -- to little avail -- was Michael Moore, the progressive documentary filmmaker.

Moore, who arrived at Trump Tower as protesters rallied outside, has been a vocal critic of the president-elect and he continued Saturday with his condemnation.

Trump, Moore told reporters, was an “illegitimate president and [he] does not have the vote of the people” because of the popular vote, which CBS projects Clinton is winning.

Moore, who was livestreaming his unscheduled visit, was eventually stopped by security on the fourth floor of Trump Tower.

“You’d have a to check with his staff,” Moore was told by a Secret Service agent.