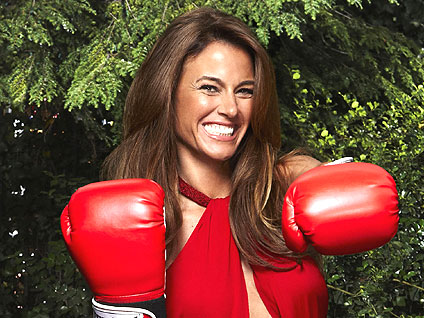 The "Real Housewives of New York" star reveals the truth about her infamous blowup with her fellow housewives on "Scary Island" in the August issue of Harper's Bazaar, in which she sets the record straight about her alleged breakdown.

"I am not crazy. I am unpredictable," Bensimon says. And in case readers were wondering, "I'm not in therapy."

In a May 20 episode, Bensimon blew up at her co-stars in a stunning rant that she later claimed was the result of systematic bullying by the other housewives.

Bensimon isn't afraid to let it all hang out, even if her daughters are around. She takes time to weigh in on her life following the success of the show and the storied blowup.

"I tell my girls, 'Your mom gets paid to engage in inappropriate behavior.' It's an amazing opportunity for them to see that being mean is not okay. I tell them, 'If you're in a situation like this, walk out. Don't come back with jelly beans.'"

When Andy Cohen gets asked about Bensimon's meltdown, he tells Harper's Bazaar, "I think it was deeply disturbing. It seemed like she had a break of some kind, but I can't say exactly what it was."

"She was not forced to go to Saint John by Bravo or the producers," he says. "That's untrue."