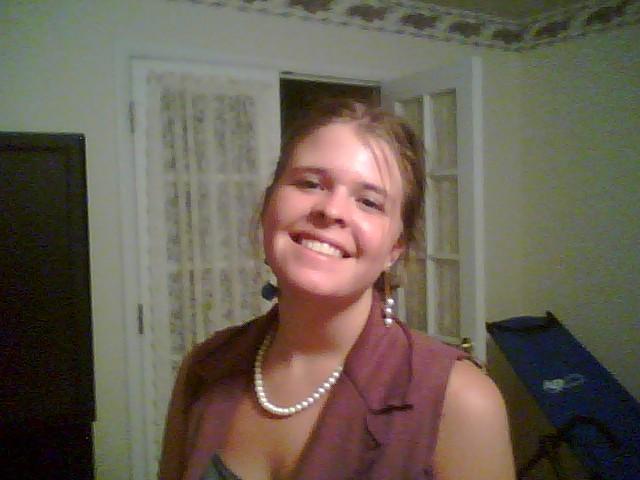 PHOENIX - Kayla Mueller was in a detention cell in Syria, face to face with her boyfriend who was posing as her husband. Had she told her captors she was married to Omar Alkhani, she might have been freed from the hands of Islamic State of Iraq and Syria (ISIS) militants, he said. Instead, she denied being his wife.

Alkhani had persuaded a string of people to let him plead for her release, but he left empty-handed. He said he saw Mueller's face for just a few seconds when guards uncovered it to show it was the American hostage from Prescott, Arizona.

The guards told Mueller, 26, that Alkhani would not be harmed if she told the truth, so she apparently stuck to honesty to save him rather than take the slim chance to save herself, he said.

"Since she's American, they would not let her go anyway. No sense to stay here, both of us," Alkhani said. "Maybe she wanted to save me. Maybe she didn't know I came back to save her."

Although officials have not mentioned Alkhani by name, the attempted fake-marriage rescue has been mentioned before by U.S. officials.

President Obama said in interviews after Mueller's death that there had been attempts by special operations forces to find and free American hostages, including a major operation in July that was focused on Mueller and others.

"I deployed an entire operation -- at significant risk -- to rescue not only her but the other individuals who had been held, and probably missed them by a day or two," the president said.

As for why the fake-marriage attempt failed, Alkhani mused that thinking about others first was Mueller's nature. She had long been content without spending the wages she earned as an international aid worker on new clothes, a hair dryer or makeup so she could use her money to help others instead, Alkhani said.

The Syrian spoke to The Associated Press on Sunday via webcam from Turkey in one of his first interviews, detailing how he met Mueller in 2010 and the last time he saw her in 2013 as a prisoner of ISIS.

The U.S. government and Mueller's family confirmed her death last week. In the days since, hundreds of people have gathered to honor her in her hometown and in Flagstaff, where she attended Northern Arizona University.

The White House is reviewing how to improve communication with families of Americans captured abroad, but the president has stood by the longstanding U.S. policy banning the payment of ransom for any hostage.

"Once we start doing that, not only are we financing their slaughter of innocent people and strengthening their organization, but we're actually making Americans even greater targets for future kidnappings," Mr. Obama said.

Mueller and Alkhani were taken hostage in August 2013 after leaving a Doctors Without Borders hospital in Aleppo, Syria, where he was hired to fix the Internet connection. Mueller had begged him to let her tag along so she could see the suffering firsthand and help, despite the dangers of traveling into the war-torn region. He said he agreed reluctantly.

"We argued about it," he said. "In the end, I was afraid if she didn't go with me, she would go with someone else."

Mueller took advantage of an unexpected overnight stay at the hospital when the repairs took longer than expected and asked Syrian women about how they managed daily life. During what should have been a 10-minute trip to the bus station the next day, Mueller, Alkhani, the taxi driver and a fourth person were ambushed at gunpoint and threatened with death.

Mueller remained a hostage, while Alkhani said he was released 20 days later after being beaten and interrogated about his work as a photographer, his religion and his relationship to Mueller.

Against the advice of his friends, Alkhani said, he returned to Syria from Turkey later in 2013 to try to get back the woman he met three years earlier in Cairo after she responded to an advertisement he posted to house international visitors.

Mueller had stayed less than a week in Cairo, but Alkhani said they quickly bonded and kept in touch through the Internet and traveled together, discussing ways they could change the world. They became a couple, and he said he promised her that he would always look out for her.

While she was in France learning the country's language to go to north Africa, Mueller encouraged Alkhani to follow his dream of helping fellow Syrians. She eventually joined him in Turkey near the Syrian border.

Alkhani said he spoke to her often about Syria, where bloodshed has gripped the country under the regime of embattled President Bashar Assad, and sent her recordings, photographs and other information that she used for her blog. Nearly half of Syria's population has been displaced, and some 200,000 people have died in the fighting.

"She wanted everyone to use their freedom to help us get freedom," he said.

When they were captured together and detained, Alkhani said he at least had some reassurance she was alive. He would cough or say something to make sure his voice was heard, and she sometimes would cough in return. Other times, he or his cellmates would peer under the door and see the sandals she was wearing, he said.

When Alkhani was released, he was told to forget about Mueller and his camera equipment.

Alkhani said he has been in touch with Mueller's family and held out hope like they did during her 18 months of captivity that she was alive. He convinced himself that the militants would release her, realizing she was only in Syria to help people.

"I didn't realize one day I will receive this call from somebody telling me, 'I am sorry,'" he said.

A spokesperson for Mueller's family said they have no reason to not trust Alkhani's account, and the family believes he loved her and tried to help her. The spokesperson talked to the AP on condition of anonymity because the person works in media relations for other families in Middle East hostage situations and wants to remain anonymous for safety reasons.