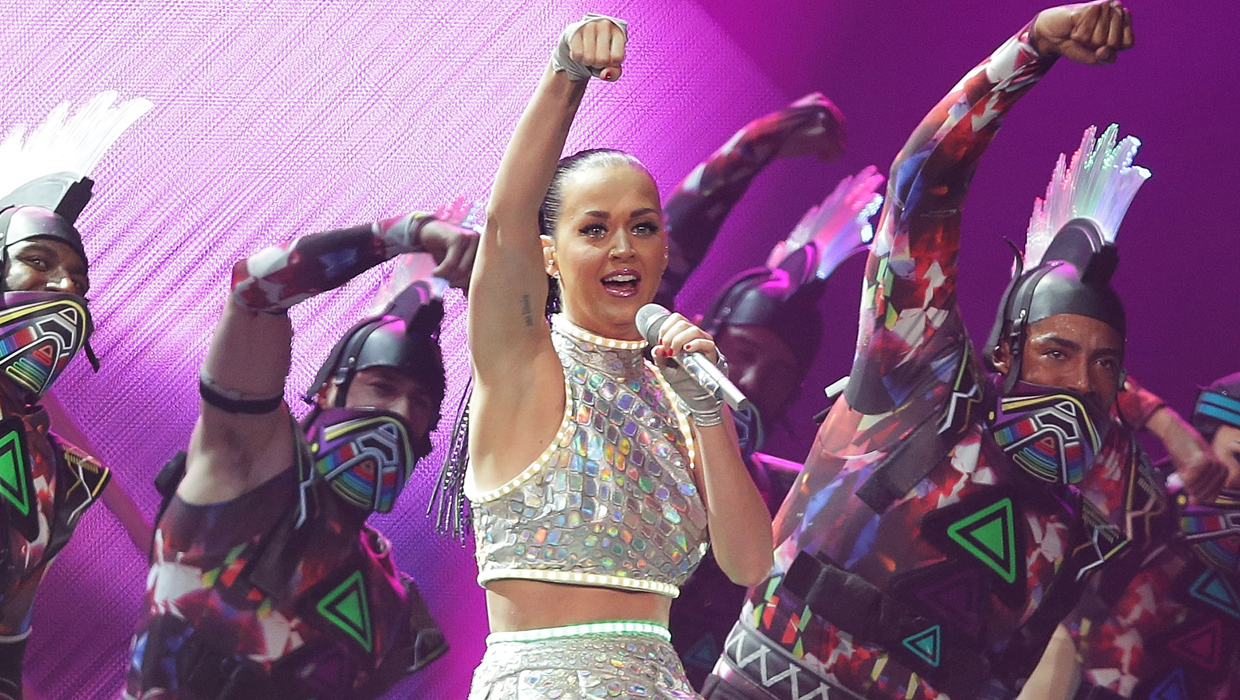 Will Katy Perry be a firework at the Super Bowl? Will we hear her roar? Will it be like living a teenage dream? Maybe all of the above.

NFL announced late Sunday -- after rumors swirled for weeks -- that the pop star will headline the Pepsi Super Bowl halftime show on Feb. 1 at the University of Phoenix Stadium in Arizona. It will air on NBC.

Perry, 30, also tweeted the news herself and appears in a tongue-in-cheek video in which she "tests out" a few ideas for the performance.

Perry has dominated the Billboard charts since releasing her debut in 2008, including nine No. 1 hits on the Billboard Hot 100 chart. Her sophomore effort, 2010's multiplatinum "Teenage Dream," matched the record Michael Jackson set with "Bad" for most songs from a single album to hit No. 1 with five.

The Grammy-nominated star's upcoming performance is the fourth consecutive halftime show to display the NFL's push to include younger acts on its large stage: Bruno Mars had a show-stopping set at this year's Super Bowl at the MetLife Stadium in East Rutherford, New Jersey; Beyonce electrified in 2013 in New Orleans; and there was Madonna, with Nicki Minaj and M.I.A., and the Black Eyed Peas in 2012 and 2011, respectively.

Other halftime performers in the last decade have included the Rolling Stones, Prince, Tom Petty, Bruce Springsteen and the Who.

The girl-power singer will also be performing at the culmination of a season where critics have assailed the NFL for its response to domestic violence cases involving women; its initial handling of former Baltimore Ravens star Ray Rice's assault on his then-fiancee with just a two-game suspension caused a national outrage, and led the league to toughen its penalties for such crimes. It later suspended Rice indefinitely.

Perry, who took home the single of the year and pop/rock female artist prizes at Sunday's American Music Awards, is currently on her Prismatic World Tour. Her other hits include "I Kissed a Girl," ''California Gurls," ''Firework" and "Birthday."