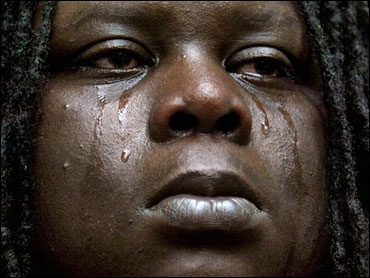 1:13 p.m.
CAPITOL HILL (AP) — Congress is promising to hold hearings as it conducts its own investigation into the federal response to Hurricane Katrina. Sen. Susan Collins says "government at all levels failed." The Republican from Maine says it's difficult to understand the ineffective response to a disaster that had been warned about for years. Congress has formally returned today from a five-week summer break, with lawmakers signaling that hurricane relief efforts will be a top priority in the weeks ahead.

12:40 p.m.
NEW YORK (CBS) — The Department of Homeland Security announced Monday that approximately 100,000 articles of children's, women's and men's clothing seized for counterfeiting violations of trademark laws are being donated to the hurricane evacuees sheltered at the Houston Astrodome. Included are polos, jeans, blouses, slacks and jackets, which are set to arrive at 2 p.m. in a convoy of U.S. Customs and Border Protection trucks. CBP spokespeople could not immediately find which brands or companies agreed to donate their seized clothing to the victims of Hurricane Katrina, but CBP spokeswoman Paula Keicer told CBSNews.com that bulk seized items aren't usually donated; they are typically destroyed.

12:32 p.m.
WHITE HOUSE (AP) — President Bush says he'll lead an investigation into what went wrong — and why — as the federal government responded to Hurricane Katrina. Mr. Bush told reporters today he's also sending Vice President Dick Cheney to the Gulf Coast region on Thursday, to help find out if the government is doing all it can.

President Bush says the investigation is partly aimed at making sure the country could withstand more storms, or an attack. He said, "We still live in an unsettled world."

11:52 a.m.
(CBS) — Immediately after a White House Cabinet meeting Tuesday morning, Attorney General Alberto Gonzales said approximately 200 FBI agents are working in the hurricane-ravaged Gulf region. He said the Department of Justice is "throwing every available body" into work there. The department will be "monitoring crime rates" and trying to figure out "how to help long-term," he said.

11:40 a.m.
(CBS) — The State Department has now received offers of assistance from 94 countries and international organizations, CBS News reports. Among the most recent international aid to arrive were three flights of ready-to-eat meals from Germany. Italy sent a plane loaded with MREs and medical supplies.

In addition, new pledges of aid include: