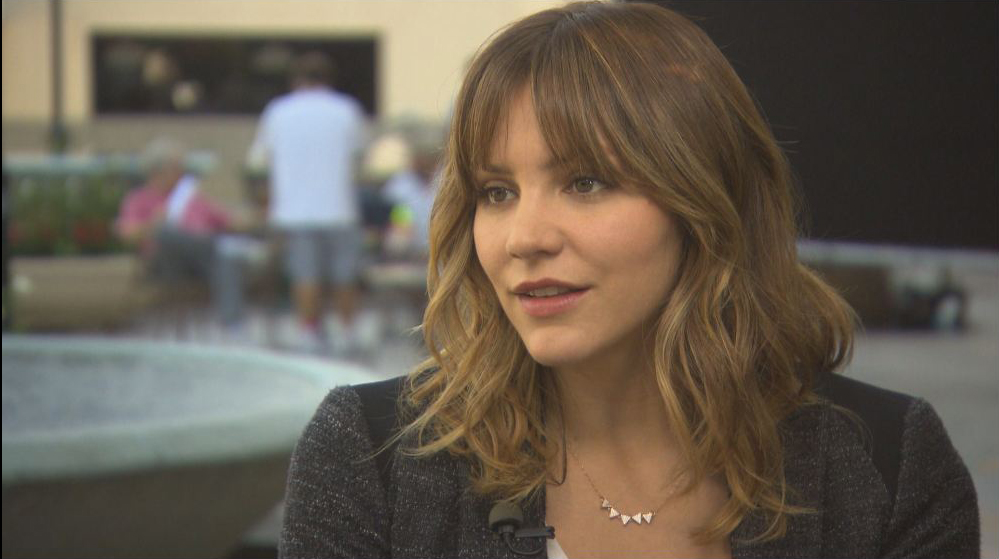 The new CBS drama "Scorpion," premiering this Monday at 9 p.m./8 p.m. CT, is inspired by a true story.

It follows a team of geniuses who use their intelligence to help the government solve high-tech threats.

One of the stars, "American Idol" alum Katharine McPhee, plays a tough waitress and the mom of a 9-year-old she believes is mentally challenged. Turns out, he's a genius too.

"I was cast on a Sunday, and Monday morning I was at costume fitting and shooting on Tuesday morning," McPhee said.

The singer-turned-actress said the action-packed show is a breath of fresh air.

"Going from a show where I was singing and dancing to suddenly doing action sequences where you're doing green-screen stuff, that was a nice change," she said.

Her last show was NBC's "Smash," which did not live up to its name. It was canceled after two seasons, a tough blow for McPhee, who, if she had it her way, would sing all day.

"Even my parents used to tell me when we'd go skiing, I'd be going down the mountain and they'd pass by me and I'd be singing to myself," she said. "It was a way to calm myself, so I think that the singing is something that's just with me everywhere I go."

McPhee was just 21 when America first heard her voice on "American Idol." Her fans called themselves "The Kat Pack" and were consumed with "McPheever." McPhee said that's not quite how it felt for her.

She was runner-up to season five winner Taylor Hicks.

You likely won't see a musical number on "Scorpion," but that hasn't silenced this singer.

"I think everyone on this set would vouch for me that I never stop singing," she said. "I don't do it to try and be obnoxious or like 'look at me' ... like all kinds of stuff, it's out of control, really. I need to tone it down."

But her tone is what took her to Hollywood, although McPhee grew up just a few miles away in the San Fernando Valley, where she was the star of her high-school musicals.

Since her "Idol" days, McPhee has experimented with new looks and is recording new music.

"It was the first time I ever made music that I really felt like, wow, OK, I think I finally figured it out for myself," she said. "It feels very personal."

But for now she's taking her new TV show for a ride and hopes this road is long.

"I'm hoping this one lasts awhile," she said. "It feels good."