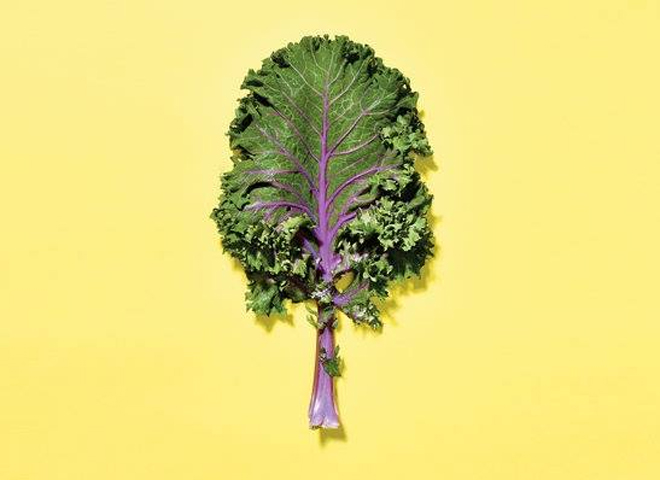 (CBS News)  Kale is just one of the foods enjoying a boom in popularity these days, which Serena Altschul will be sampling:

If you think kale is just a boring old green, maybe it's time to turn over a new leaf.

There are so many colors, says kale-lover Drew Ramsey: "A red Russian is a nice kale for adding a lot of color to your dish," he said. "We have green, we've got blue, we've got white."

And so many recipes -- even chocolate chip kale cookies.

You can find these sweet treats -- and 49 other kale concoctions -- in Ramsey's recent kale cookbook, called "Fifty Shades of Kale."

And with that title, you know things could get hot, like with Ramsey's spicy, kale-toasted walnut pesto.

"Kale is the queen of the cruciferous vegetables -- she is an amazing superfood," said Ramsey.

He admits to having a love affair with kale, and he's not alone: By one count, Kale is on 400 percent more restaurant menus than it was just four years ago.

And on the pages of US Weekly, kale is a star among stars.

Now here's an interesting wrinkle: Ramsey's not a chef or a farmer -- he's a psychiatrist. So why is he so crazy for kale?

"People who start incorporating kale into their life feel happier and healthier and lighter," he said.

"Do you see it as an antidepressant?" asked Altschul.

He's not the first. In Ancient Greece, Hippocrates used kale as a remedy for drunkenness.

Thousands of years later, Ramsey uses it for getting tipsy. Kale mojito, anyone?

So drink up! It's just what the doctor ordered!

"There's nothing sexier than a sharp brain atop a lean body," said Ramsey. "And kale really delivers that more than any other vegetable on the planet."