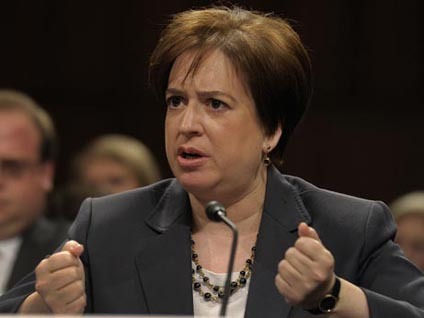 The Senate Judiciary Committee will suspend Solicitor General Elena Kagan's Supreme Court confirmation hearing from 10 a.m. to 4 p.m. on Thursday while the late-Sen. Robert Byrd lies in state at the Capitol.

Hearing will resume at 4 p.m. on Thursday. Depending on what happened in the hearing today, Kagan may or may not continue to testify tomorrow. But if it goes as scheduled, outside witnesses will speak before the committee then.