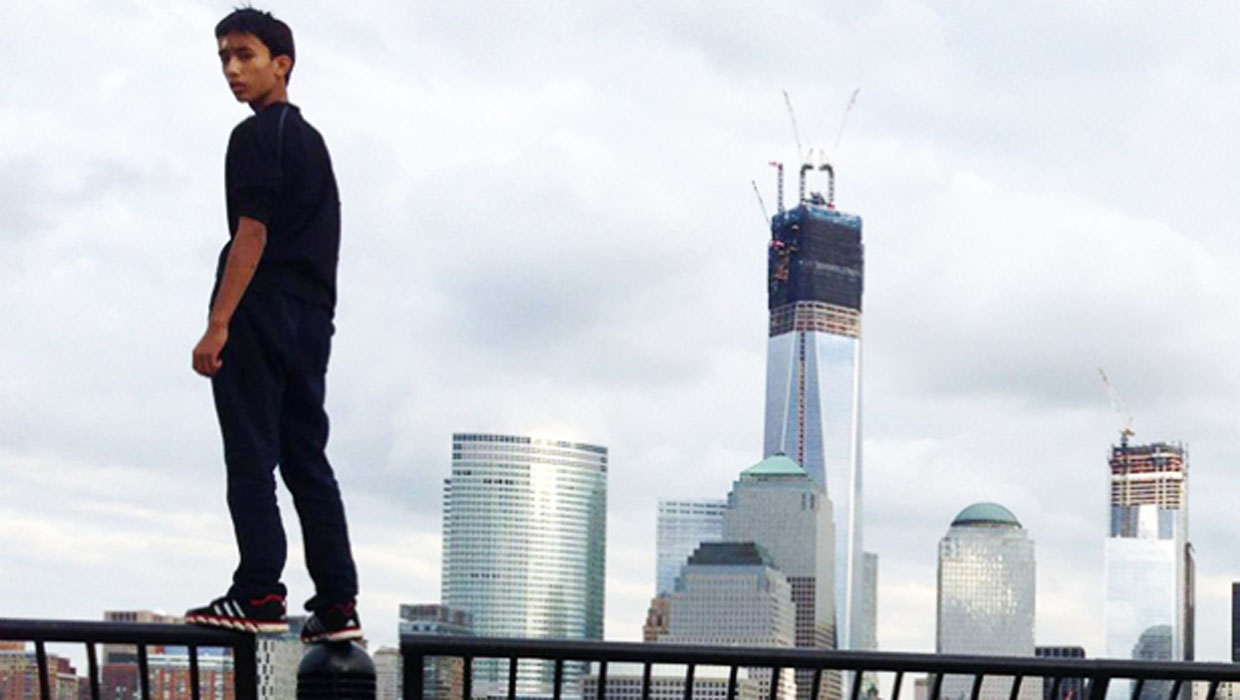 NEW YORK -- A thrill-seeking New Jersey teenager, who has been arrested before for scaling New York City skyscrapers, is apparently back at it again, CBS New York reports.

The two made their way up to the roof where Casquejo was hanging over the edge and doing acrobatics, police said.

Casquejo is expected to be arraigned Friday in a Lower Manhattan court on criminal trespassing and reckless endangerment charges.

Last December, Casquejo was charged with one count of base jumping and one count of third degree criminal trespassing after he posted videos of himself and a friend scaling skyscrapers in Midtown, Columbus Circle and Times Square.

Casquejo made headlines in 2014 when he was arrested for climbing One World Trade Center while it was under construction. He was 16 at the time. In that case, Casquejo pleaded guilty to breaking a city law against scaling tall buildings without permission, and he was sentenced to 23 days of community service.

About a week after his climb, three extreme-skydiving fans were arrested for a September leap off the World Trade Center tower.

The cases prompted concern from the mayor and other officials and spurred security changes at the trade center site.