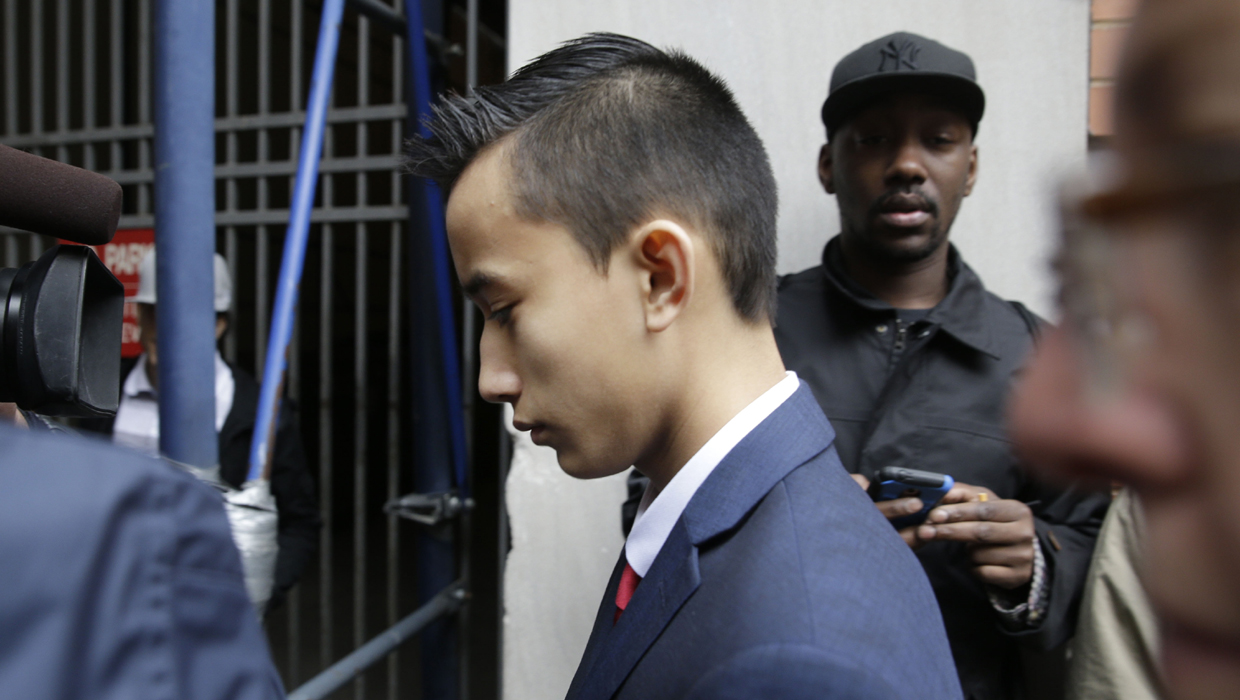 NEW YORK - A thrill-seeking teenager who made a daring climb up the World Trade Center's centerpiece tower was sentenced Wednesday to community service for a stunt that raised questions about how well one of the nation's most security-conscious sites really was protected.

Justin Casquejo was sentenced to 23 days of service, a penalty set in a plea agreement this summer. He already completed the service - plus six extra days - and two sessions of youth counseling.

The 16-year-old admitted in July to breaking a city misdemeanor law against scaling tall buildings without permission.

He and his attorney declined to speak at the sentencing, but the judge said Casquejo had submitted a 1,200-word essay explaining what he had learned from the episode.

"The court is impressed by your sincerity, remorsefulness and willingness to accept responsibility for your conduct," Manhattan Criminal Court Judge Felicia Menin said.

Casquejo sneaked through a construction-fence gap, past an inattentive security guard and up a ladder, scaffolding, elevators and stairs to the top of the unfinished 1 World Trade Center skyscraper around 4 a.m. on March 16, authorities said. After spending about two hours atop the symbolic 1,776-foot-tall tower - the nation's tallest building - Casquejo encountered a security guard as he descended and was arrested.

Growing up in Weehawken, New Jersey, Casquejo developed a yen for scaling precarious structures and for parkour, an extreme sport that combines elements from martial arts, gymnastics and rock climbing, a friend has said.

About a week after his trade center climb, three extreme-skydiving fans were arrested for a September leap off the tower.

The cases prompted concern from the mayor and other officials and spurred security changes at the trade center site.

The building's private head of security resigned, and the guard Casquejo got past was fired. The Port Authority of New York and New Jersey, the government agency that owns the trade center site, brought in a company that guards its airports to handle security at trade center entrances and monitor security systems there.

Port Authority and private security agents protect the inside of the 16-acre World Trade Center site. The New York Police Department guards the perimeter, deploying more than 200 officers, surveillance cameras and other technology.

Ultimately, the lower Manhattan site is to be ensconced in a $40 million system of barriers and checkpoints.

The skydivers and someone accused of helping them on the ground have pleaded not guilty to various charges.