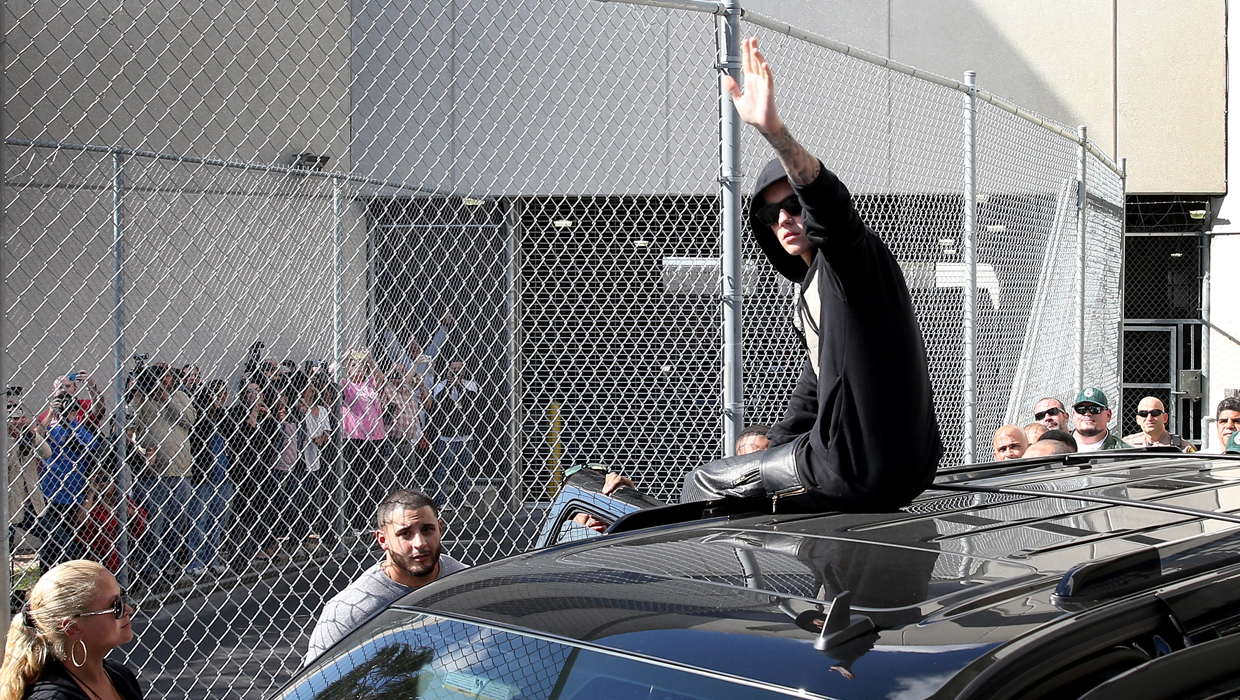 The Biebs has spoken. Sort of.

The 19-year-old pop star surfaced on social media for the first time since his arrest on Thursday in Miami Beach, Fla.

On Friday afternoon, he posted an Instagram photo taken of him leaving jail on Thursday -- with his arm in the air waving to the crowd. Alongside the shot is a picture of Michael Jackson (also with his hand up) giving the peace sign to a group of people. All the caption says is: "What more can they say."

Is Bieber comparing himself to the King of Pop, perhaps?

The Canadian singer was free on $2,500 bail after Thursday’s arrest on charges of drunken-driving, driving with an expired license and resisting arrest. Police say they stopped the singer after he was spotting drag-racing down a residential street.

Prior to his arrest, Bieber had been all over social media, posting plenty of photos and updates from his visit to Miami. Fellow stars, meanwhile, are chiming in all over Twitter about the pop star's arrest.