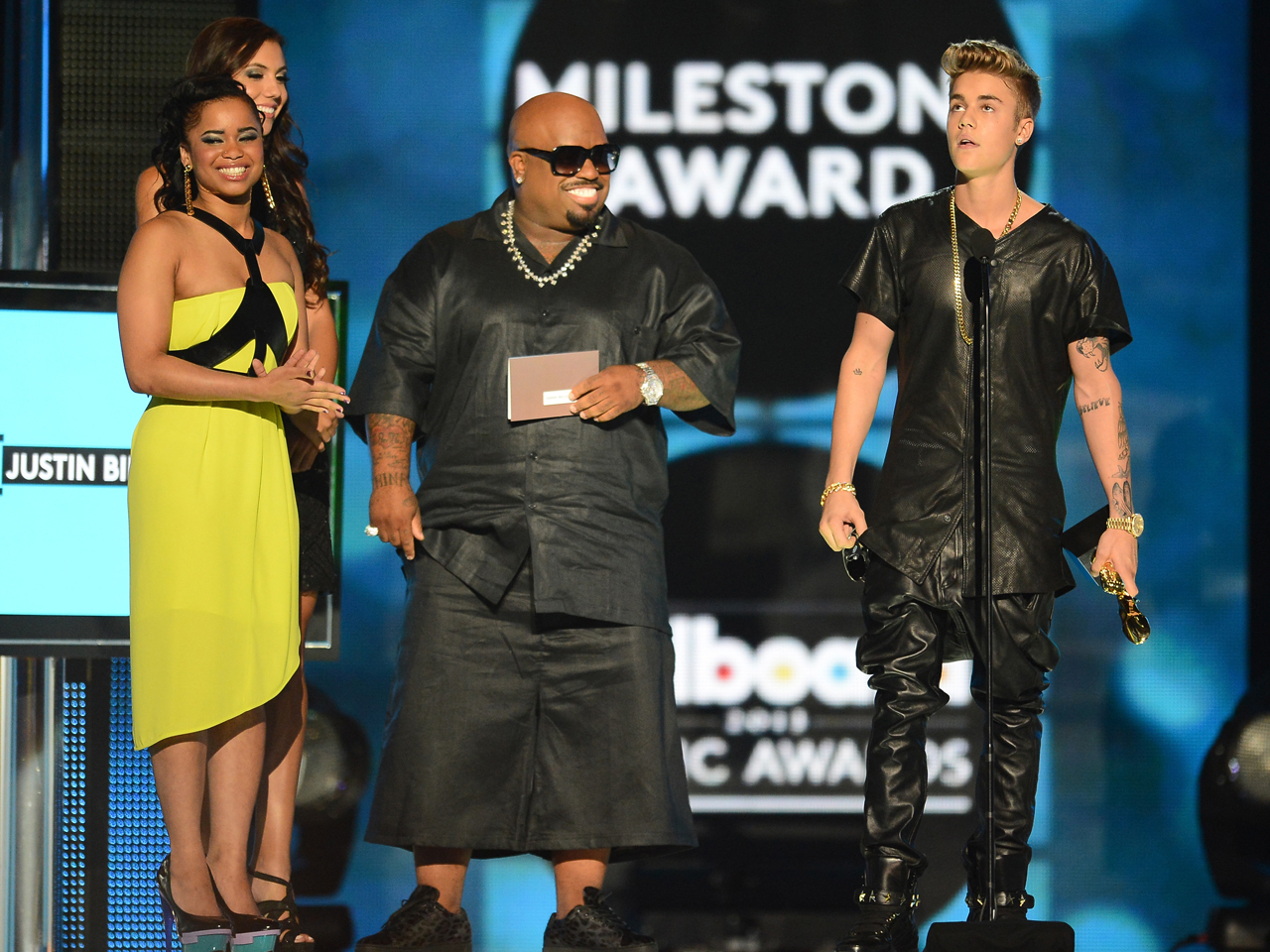 When Justin Bieber walked up to the stage Sunday night to accept the fan-voted Milestone Award at the Billboard Music Awards, one thing he probably didn't expect was a room full of boos from the crowd.

The boos, though, were mixed with cheers at the MGM Grand in Las Vegas. Looking surprised by the audience's reaction, Bieber hesitated to speak at first, unsure how to react to the crowd. After all, he walked up to the stage to accept a fan-voted honor. He stood at the mic for a while looking befuddled before launching into his acceptance speech.

"I'm 19 years old, I think I'm doing a pretty good job and basically, from my heart, I really wanna say it should really be about the music," he said. "It should be about the craft, the craft that I'm making."

Bieber topped several other stars for the award, including Bruno Mars and Taylor Swift. He also took home the top male artist honor on Sunday night.

Earlier in the evening, Bieber sang "Take You" and also took the stage with will.i.am for a performance of "#thatPOWER."

Following the awards ceremony, Bieber tweeted: "I love music, my fans, my family, my friends.. And I love The Lord."

Meanwhile, Bieber and Selena Gomez have sparked speculation that they may be back together again after getting cozy in Las Vegas over the weekend.