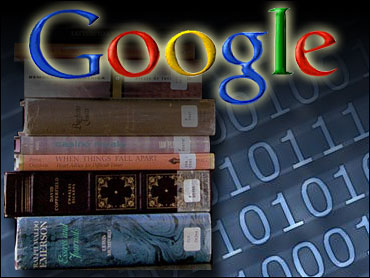 The U.S. Justice Department advised a federal judge Friday that a proposed legal settlement giving Google Inc. the digital rights to millions of out-of-print books threatens to thwart competition and drive up prices unless it's revised.

The brief filed in New York federal court marks the first time that the Justice Department has publicly shared its thoughts about Google's agreement with a large class of U.S. authors and publishers.

The top U.S. law enforcement agency began looking at the Google book settlement earlier this summer amid a loudening outcry against an agreement affecting a reservoir of human knowledge.

Despite its misgivings, the Justice Department expressed confidence that Google and the author and publishers could negotiate changes so the settlement will adhere to U.S. copyright and antitrust laws.

The Justice Department told Chin it hopes an acceptable compromise can be worked out because the agreement "has the potential to breathe life into millions of works that are now effectively off limits to the public."

Even with those words of encouragement, the Justice Department's brief raises the biggest red flag about the settlement yet. The agency warned Chin it probably will conclude the deal breaks federal antitrust law unless changes are made.

While other critics such as Google rivals Amazon.com Inc. and Microsoft Corp. also have objected in recent weeks, the Justice Department's opinion presumably will carry more weight with Chin. His approval is needed before the $125 million settlement can take effect, a hurdle that could be more difficult to clear with the Justice Department's assertion that the agreement would violate several laws.

"We are considering the points raised by the department and look forward to addressing them as the court proceedings continue," Google said in a joint statement with the Authors Guild and the Association of American Publishers, the groups that sued and then settled with the Internet search leader.

Critics seized on the Justice Department's brief as validation of their arguments urging Chin to block the settlement.

"The current settlement proposal would stifle innovation and competition in favor of a monopoly over the access, distribution, and pricing of the largest collection of digital books in the world," said the Open Book Alliance, a group that includes Amazon.com, Microsoft and another Google rival, Yahoo Inc. The alliance also includes authors and several nonprofit organizations.

The Justice Department's lawyers, as well as a long line of the settlement's opponents and supporters, will have an opportunity to elaborate on their arguments in a New York court hearing scheduled Oct. 7.

Mountain View, California-based Google conceivably could use the Justice Department's filing as a road map for navigating to new settlement terms before the hearing.

In its current form, the settlement would entrust Google with a digital database containing millions of copyright-protected books, including volumes no longer being published. The Internet search leader would act as the sales agent for the authors and publishers, giving 63 percent of the revenue to the copyright holders. Authors and publishers could either set their own prices for their books, or rely on a formula drawn up by Google - a provision that has raised fears of the partnership turning into a price-gouging cartel.

The Justice Department sided with those arguments, saying the settlement could lessen competition among U.S. publishers. The agency also expressed concern that Google would gain a monopoly on so-called "orphan works" - out-of-print books that are still protected by copyright but whose writers' whereabouts are unknown.

The arrangement "appears to create a dangerous probability that only Google would have the ability to market to libraries and other institutions a comprehensive digital-book subscription."

Hoping to ease those concerns, Google has promised to share its electronic index with its rivals - an idea that has drawn an icy response from Amazon.com, one of the world's biggest book merchants and the maker of the Kindle, an electronic reader.

Google already has gone into some of the nation's largest libraries to scan about 6 million out-of-print books into its electronic index. So far, though, it has only been able to show snippets of those digital copies. The settlement would clear the way for Google to sell all those out-of-print books and scan even more into its index.

The project has turned into a crusade for Google co-founders Larry Page and Sergey Brin, who have for years dreamt of making books collecting dust on library book shelves accessible around the clock to anyone with an Internet ambition.

That ambition has won Google broad support from librarians, disabled rights activists and big companies like Sony Corp., that wants to tap into the digital book index to feed its own electronic reader.

While the settlement's goals are admirable, the Justice Department said the deal doesn't do enough to protect the copyrights of orphan works and authors outside the United States.

The United States' top copyright cop and the governments in Germany and France also have raised objections about the settlement overstepping its bounds.

Consumer watchdogs are worried about the settlement opening a door for Google to collect too much information about the books that people are reading. Google has tried to address those concerns by promising to draw up a separate policy governing its digital library.

The Justice Department didn't address the privacy issues in its brief.