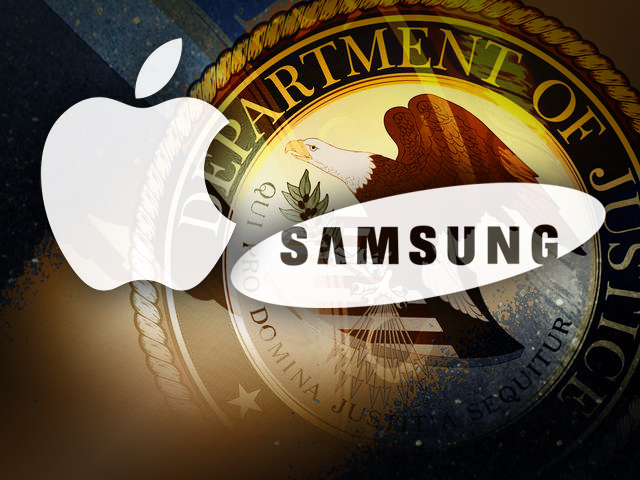 Jury selection began Monday in the latest legal battle between the fiercest rivals in the world of smartphones, with Apple and Samsung accusing each other, once again, of ripping off designs and features.

The trial in Silicon Valley marks the latest round in a long-running series of lawsuits between the two tech giants that underscore a much larger concern about what is allowed to be patented.

"There's a widespread suspicion that lots of the kinds of software patents at issue are written in ways that cover more ground than what Apple or any other tech firm actually invented," Notre Dame law professor Mark McKenna said. dude "Overly broad patents allow companies to block competition."

The latest Apple-Samsung case will be tried less than two years after a federal jury found Samsung was infringing on Apple patents. Samsung was ordered to pay about $900 million but is appealing and has been allowed to continue selling products using the technology.

Dozens of attorneys gathered in U.S. District Court for the latest legal skirmish in which Apple Inc. accuses Samsung of infringing on five patents on newer devices, including Galaxy smartphones and tablets. In a counterclaim, Samsung says Apple stole two of its ideas to use on iPhones and iPads.

Samsung countered that it has broken technological barriers with its own ultra-slim, lightweight phones.

"Samsung has been a pioneer in the mobile device business sector since the inception of the mobile device industry," Samsung attorneys wrote. "Apple has copied many of Samsung's innovations in its Apple iPhone, iPod, and iPad products."

In the current case, Apple claims Samsung stole a tap-from-search technology that allows someone searching for a telephone number or address on the Web to tap on the results to call the number or put the address into a map. In addition, Apple says Samsung copied "Slide to Unlock," which allows users to swipe the face of their smartphone to use it.

Samsung countered that Apple is stealing a wireless technology system that speeds up sending and receiving data.

The most attention-grabbing claim in the case is Apple's demand that Samsung pay a $40 royalty for each Samsung device running software allegedly conceived by Apple. The figure is more than five times more than the amount sought in the previous trial and well above other precedents between smartphone companies.

If Apple prevails in the case, the cost to Samsung could reach $2 billion. Apple's costs, if it loses the litigation, are expected to be about $6 million. The costs could be passed on to consumers, experts said.

"You rarely get from the jury what you ask for, so companies aim high," said German patent analyst Florian Mueller. "But in my opinion this is so far above a reasonable level the judge should not have allowed it."

The problem, he said, is that each smartphone has thousands of patented ideas in it; Apple is challenging just five.

Throughout the three years of litigation, Samsung's market share has grown. One of every three smartphones sold last year was a Samsung, now the market leader. Apple, with a typically higher price, was second, with about 15 percent of the global market.

With the San Jose federal courtroom just a 15-minute drive from Apple's Cupertino, Calif. headquarters, even jury selection can be difficult. In the previous case, several prospective jurors were dismissed because of their ties to the company.