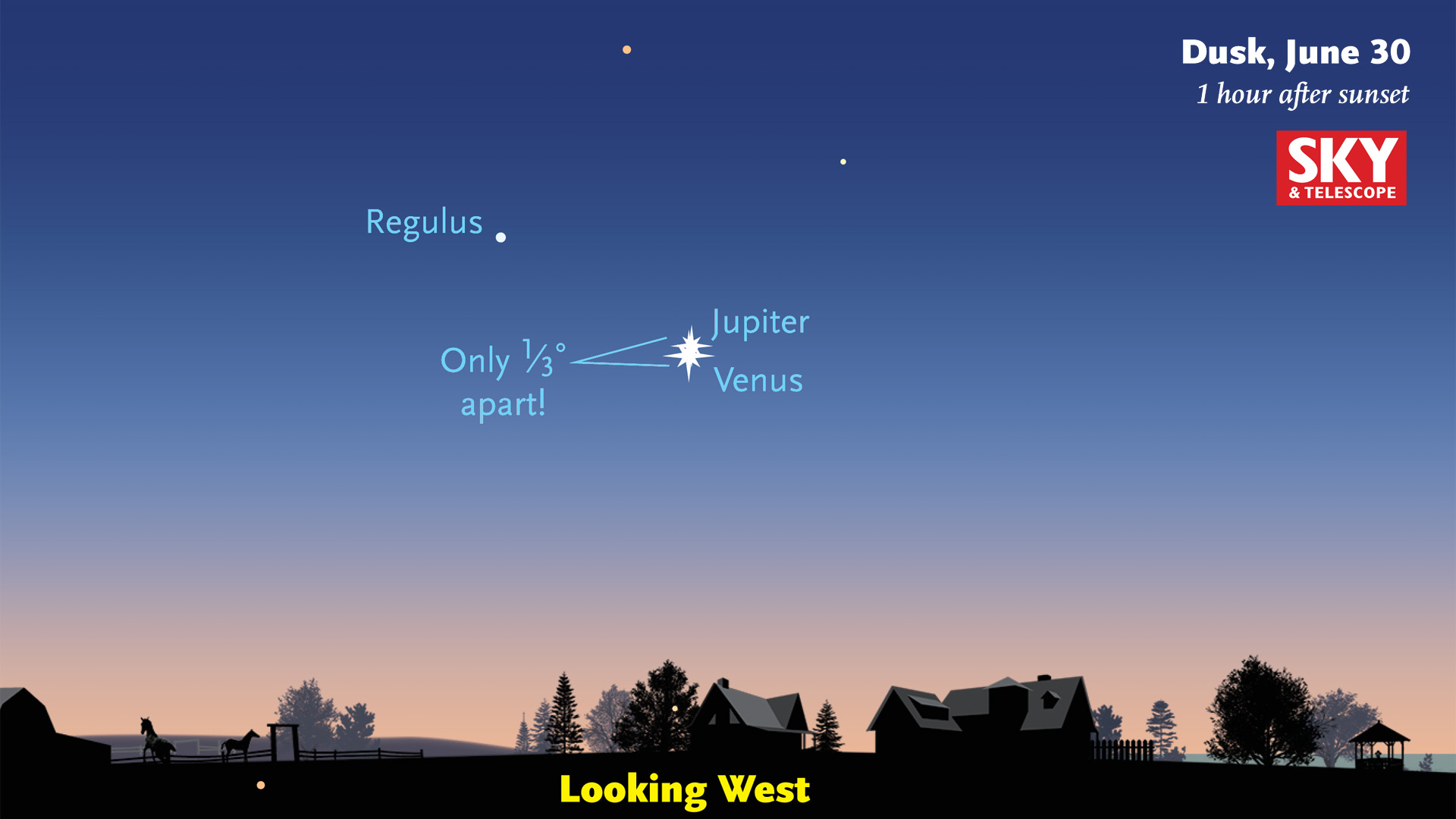 Starting on Tuesday, Jupiter and Venus will be so close in the night sky that you could cover them both with the tip of an outstretched finger.

The two planets will be just a third of a degree apart as seen from North America.

"To the eye they'll look like a double star," said Kelly Beatty, a senior editor at Sky & Telescope magazine. "Anyone who hasn't glanced at the evening sky for a while will be surprised by how dramatically tight the pairing is."

They will be easy to spot as the brightest objects in the sky, after the sun and moon. Venus, appearing as a crescent, will be even brighter than its neighbor. Not far to their upper left, appearing much fainter, is Regulus, the alpha star in the constellation Leo.

They will remain no greater than 2 degrees apart - a thumb's width at arm's length - until July 4.

Called a conjunction, this celestial convergence is more common than you might think.

They appeared slightly closer together before dawn on August 18, 2014, and they'll be separated by about 1 degree before dawn on the morning of October 26th. During a remarkable conjunction on May 17, 2000, Venus and Jupiter were just 0.01 degrees apart - but too near the sun to be seen. Next year, on August 27th, they'll dazzle again during an evening conjunction with a separation of just 0.1 degrees.

At the beginning of June, the two planets were 20 degrees apart in the sky, about twice the width of your fist held at arm's length. Week by week, Jupiter and the stars behind it have gradually slipped lower in the evening twilight. But Venus, due to its rapid orbital motion around the sun, has stayed high up. The resulting slow-motion convergence put them 6 degrees apart last week, setting the stage for Tuesday's awesome display.

Sky & Telescope Contributing Editor Fred Schaaf points out that this current string of Venus-Jupiter conjunctions closely resembles a similar series between the years 3 and 2 B.C. It has been suggested that their joint appearance came to be known as the Star of Bethlehem.