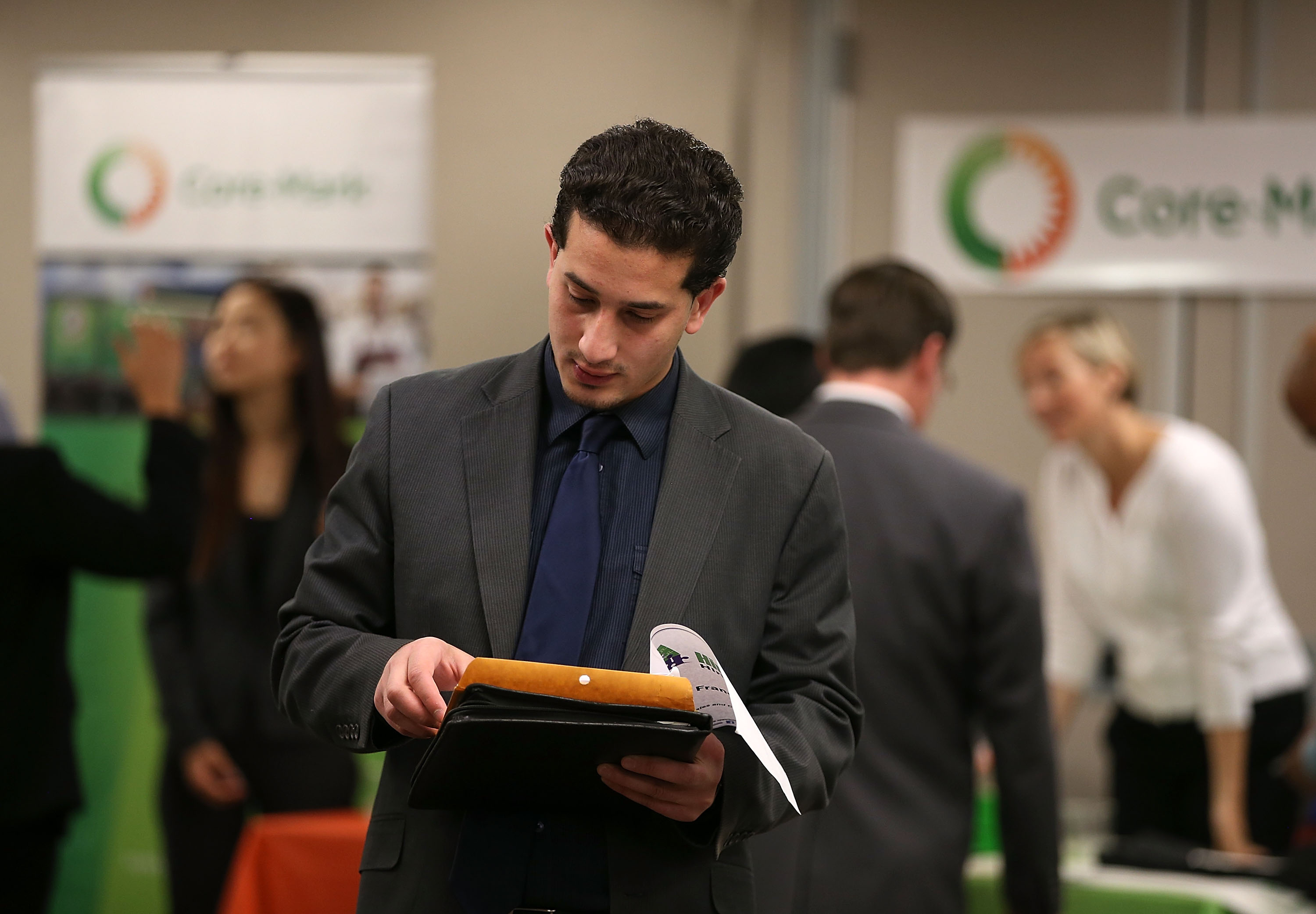 The labor market proved to be a mixed bag in June, with the economy continuing to add jobs amid dormant wages and a reduced work force.

The creation of 223,000 jobs in June follows a 254,000 increase in May that was beneath the prior estimate. The jobless rate dipped to 5.3 percent, a seven-year low, as more Americans departed the labor pool, the Labor Department said Thursday in a report released a day earlier than usual due to the July 4 holiday.

The report "just missed expectations," said JJ Kinahan, chief strategist at TD Ameritrade in Chicago, of expectations that the number would come in at 233,000. "The part that troubles me the most about this jobs report is the revisions to April and May, it moves the total down by 60,000."

"My take is job growth has been very steady going on five years now -- for every month or two of strong growth, we get a month or two of soft growth," Michael Bazdarish, senior economist at Western Asset Management said.

In one sign of continued slack in the labor market, the annualized rate of wage growth in June fell to 2 percent, from 2.3 percent the previous month.

"Unfortunately we're treading water, so to speak, which not a good sign," Kinahan said of average hourly earnings, which remained unchanged at $24.95.

While job growth has held fairly steady, GDP growth has sagged noticeably in 2015, said Bazdarish, who attributes a weakening in manufacturing as a primary factor.

If the economy were healthier, wages should be growing 3 percent or more. Paul Dales, senior U.S. economist with Capital Economics, thinks weak growth could spur the Federal Reserve to push back the timing for raising short-term interest rates. Many forecasters expect the central bank to start lifting rates -- which would be the first hike since before the 2008 financial crisis -- in September.

While the government report had wages holding flat, it comes amid other indications that those on the lowest rungs of the income ladder are experiencing the largest percentage wage gains. People who work in industries paying less than $12.50 an hour saw their hourly wages rise by 3.2 percent over the past year, or more than 1 percentage point higher than the entire job market, according to research from Goldman Sachs.

"The positive overall is professional services is still doing well, healthcare services is still doing well, and retail has added 300,000 jobs so far this year, and food services and drinking establishments -- let's call them bars -- have added 355,000 for the year, and 30,000 for this report," said Kinahan, who added that retail sales have not yet caught up with the increased number of workers in the sector.

The trend in auto sales, housing and jobs is positive, while retail sales and durable goods have not been, Kinahan said.

Over the last 12 months, payroll gains have averaged a healthy 245,000 jobs, although since the start of the year that has slowed to a more modest 208,000 in the wake of weather-related softness in the first quarter, which also saw port disruptions and spending cuts in the energy sector.

Sal Guatieri, senior economist with BMO Capital Markets, said the job market has rebounded from a sharp slide in economic growth in the first three months of the year. For now, it is also shrugging off economic turmoil overseas. "Neither Q1's soft patch nor Greece's tragedy or China's slowdown have done much to curb the enthusiasm of American businesses for new workers, a positive sign for the expansion," he said in a note.

The monthly report follows mixed employment indicators in June. "Reported job availability, the employment components of most manufacturing surveys, and ADP employment growth improved, but jobless claims and job cuts both rose slightly and online job ads declined," analysts at Goldman Sachs wrote. "Overall, the June data point to a gain below the very strong 280,000 increase in May but roughly in line with the solid 217,000 monthly average seen so far in 2015."

On Wednesday, the ADP National Employment Report had 237,000 private-sector jobs created in June, following an increase of 203,000 the prior month.

Separately, the Institute for Supply Management's national factory activity index climbed to a five-month high of 53.5 in June from 52.8 in May.