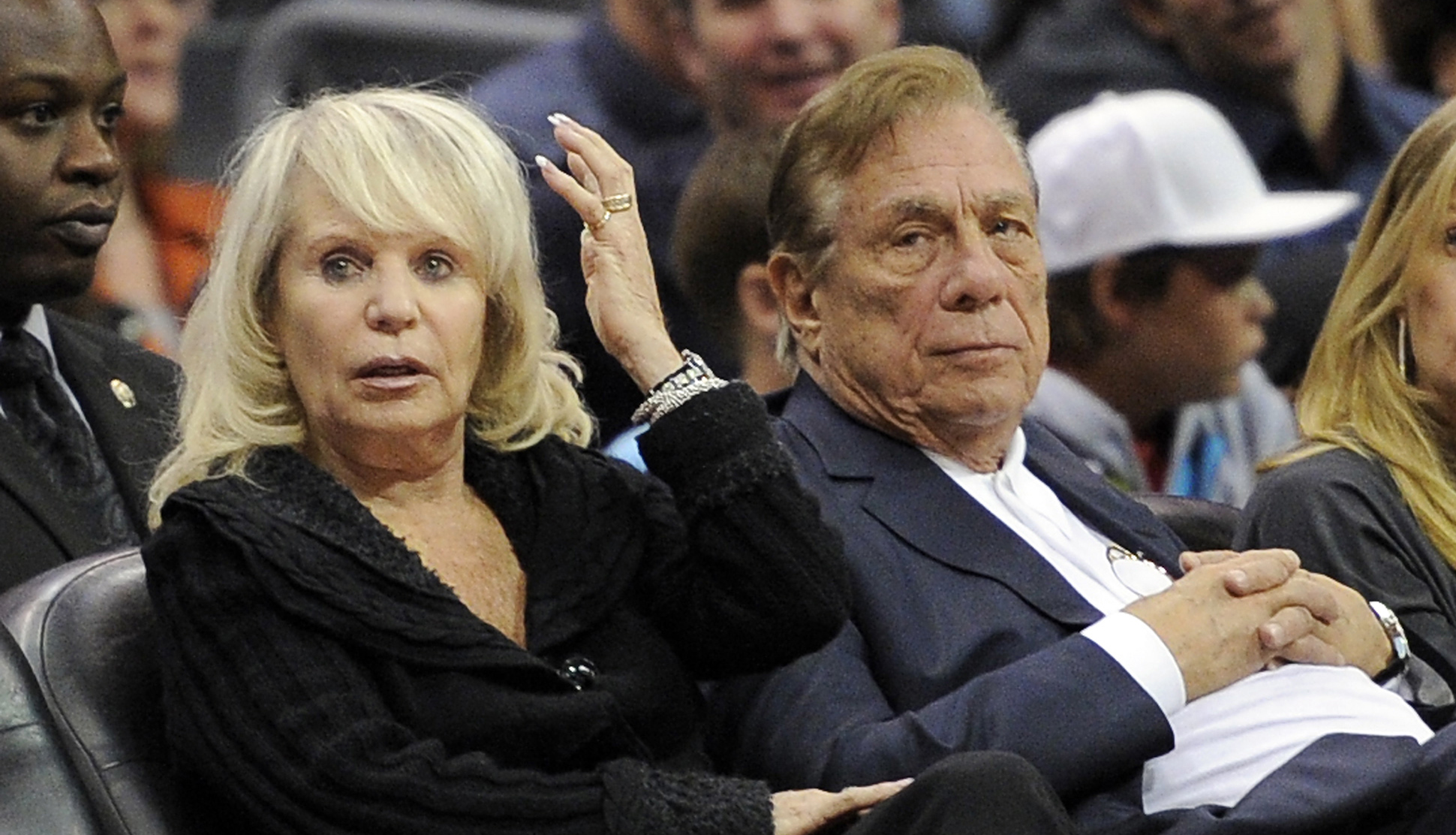 In the tentative ruling, Superior Court Judge Michael Levanas sided with Sterling's estranged wife Shelly Sterling, who burst into tears when the ruling was announced.

But she may have been premature in her joy. Hours after the ruling, Donald Sterling's lawyer Maxwell Blecher told CBS News the ruling in the Los Angeles Clippers case was a "grave disappointment" and he hopes a higher court will allow him to appeal the decision.

Shelly Sterling negotiated the sale of the team after the 80-year-old billionaire was banned by the NBA for making offensive remarks about blacks.

She sought approval from a probate judge for the deal she struck after removing her husband from the trust that owned the team when doctors found he had signs of Alzheimer's disease and couldn't manage his affairs.

Donald Sterling claimed his wife deceived him about the medical exams.

He later revoked the trust after she negotiated the record-setting sales price and his lawyers argued that the move killed the deal. They said the case didn't belong in probate court because the trust had been dissolved.

The ruling in Los Angeles County Superior Court is unlikely to put an end to the bizarre saga that began in April when a recording surfaced of Sterling scolding his young girlfriend for bringing black men to Clippers games. The NBA moved quickly to ban Sterling for life and fined him $2.5 million.

Sterling was apologetic after the audio recording went viral, but his mea culpa backfired when he criticized Lakers great Magic Johnson, who had been photographed with Sterling's girlfriend, as a bad role model for kids because he had HIV. Sterling was roundly criticized from locker rooms to the Oval Office, where President Barack Obama called Sterling's remarks "incredibly offensive racist statements."

With the NBA threatening to seize the team and auction it, Sterling initially gave his wife of 58 years permission to negotiate a sale but then refused to sign it. He said he would sue the league instead and then revoked the trust.

The nonjury trial held over several weeks focused mainly on whether Shelly Sterling properly removed her husband as a trustee and whether her actions carried any weight after he revoked the trust.

Donald Sterling's lawyers contended that his wife and her lawyers conspired to trick him and that the mental exams by two doctors were faulty. They said Sterling didn't know his competency as a trustee was being evaluated and that he showed no signs of incompetence on the witness stand.

In combative testimony, Sterling said he would "never, ever sell" the team he bought in 1981 for about $12 million. He vowed to fight the NBA in court until the day he dies.

Before taking the stand, he kissed his wife and then testified that he loved her. But the following day when she approached him in court he yelled, "get away from me, you pig!"

Sterling, a lawyer who made a fortune as a landlord, has filed an antitrust lawsuit in federal court against the NBA and he sued his wife, NBA Commissioner Adam Silver and the league in state court.

Lawyers for Shelly Sterling and Ballmer had urged the judge to let the sale go through because it was in the best interest of the family trust. They said an auction was less likely to bring such a high price and that coach Doc Rivers, key players and sponsors were likely to walk if Donald Sterling's ownership was prolonged.

"The trust has a golden bird in the hand," Shelly Sterling's lawyers wrote in court papers. "A sale of the Clippers for $2 billion is indisputably a bonanza for the Sterling family. Donald's strident opposition is motivated by only selfish considerations."

Donald Sterling said he could get more for the team by also selling TV rights and through his $9 billion suit against the league.

As CBS News' Lee Cowan notes, this is just a tentative ruling. Both sides have 10-days to file objections. But all this happening as training camp for the Clippers is creeping closer. It's set to open in early October.