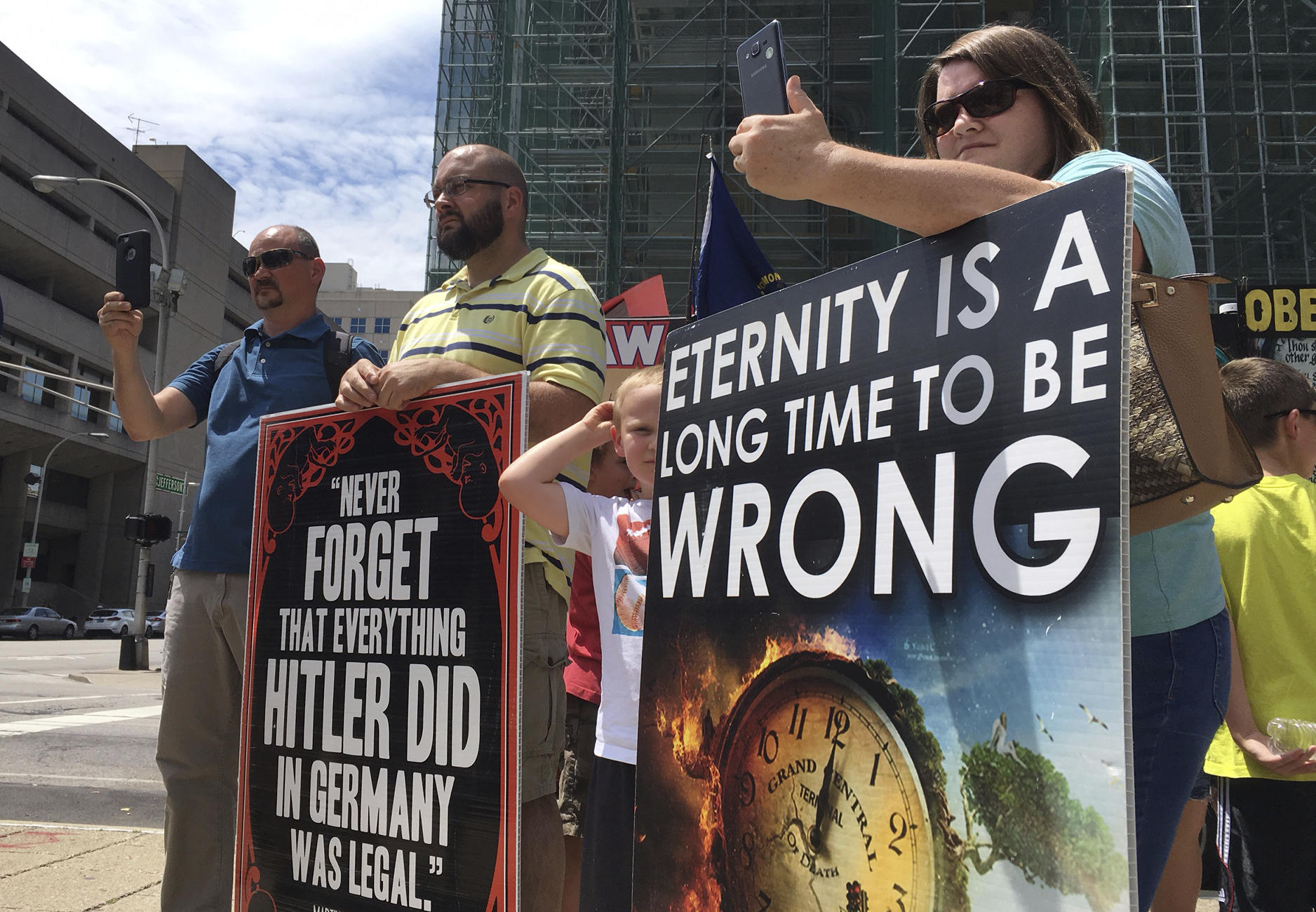 LOUISVILLE, Ky. -- Anti-abortion activists were ordered by a judge on Friday to stay away from a "buffer zone" outside Kentucky's only abortion clinic, which is bracing for protests from a national group.

The order was aimed specifically at nearly a dozen anti-abortion activists who were arrested at a May demonstration when police said they blocked access to the downtown Louisville clinic. The judge's action also applies to anyone else "acting in concert or participation" with them.

"With the conference coming we thought it would be good and make sure everyone is on the same page, know what you could and couldn't do," Maj. Eric Johnson with the Louisville Metro Police Department told CBS affiliate WLKY-TV ahead of the judge's order. "Essentially what this act does, it prohibits blocking a person's access to the entrance of a facility."

The buffer zone in front of the clinic gives patients a "small measure of relief," ensuring they can enter, said Brigitte Amiri, an attorney for the ACLU Reproductive Freedom Project.

"While the government may not keep people off the public sidewalk lightly, the individuals who blockaded EMW have a clear record of breaking the law," she said. "No one should be prevented from a medical appointment by an egregious blockade of their health care provider."

Rusty Thomas, national director of Operation Save America, responded: "We're going to do what we always do. We're going to exercise our ministry on the sidewalk, and let the chips falls where they may."

Thomas' group is targeting the Louisville clinic with the goal of making Kentucky a national model in its push to end abortion.

"The Department of Justice will enforce the court order," it added.

The judge's order comes as supporters of Operation Save America descended on Louisville for weeklong vigils starting this weekend. They're planning vigils outside the clinic and elsewhere in the city, including the neighborhoods where the clinic's doctors live, organizers said.

The buffer zone is directly outside the surgical center's entrance, between clinic property and the curbside patient drop-off zone, Hale's ruling said. The boundaries are about 15 feet from north to south and about 7.5 feet from east to west, it said.

Thomas said the government's request sought to "trample" on free-speech rights, and said his lawyers would make his case at a Monday court hearing.

"I've got news for the federal government, they are not God," Thomas said. "They don't have the authority to choose who lives and who dies."