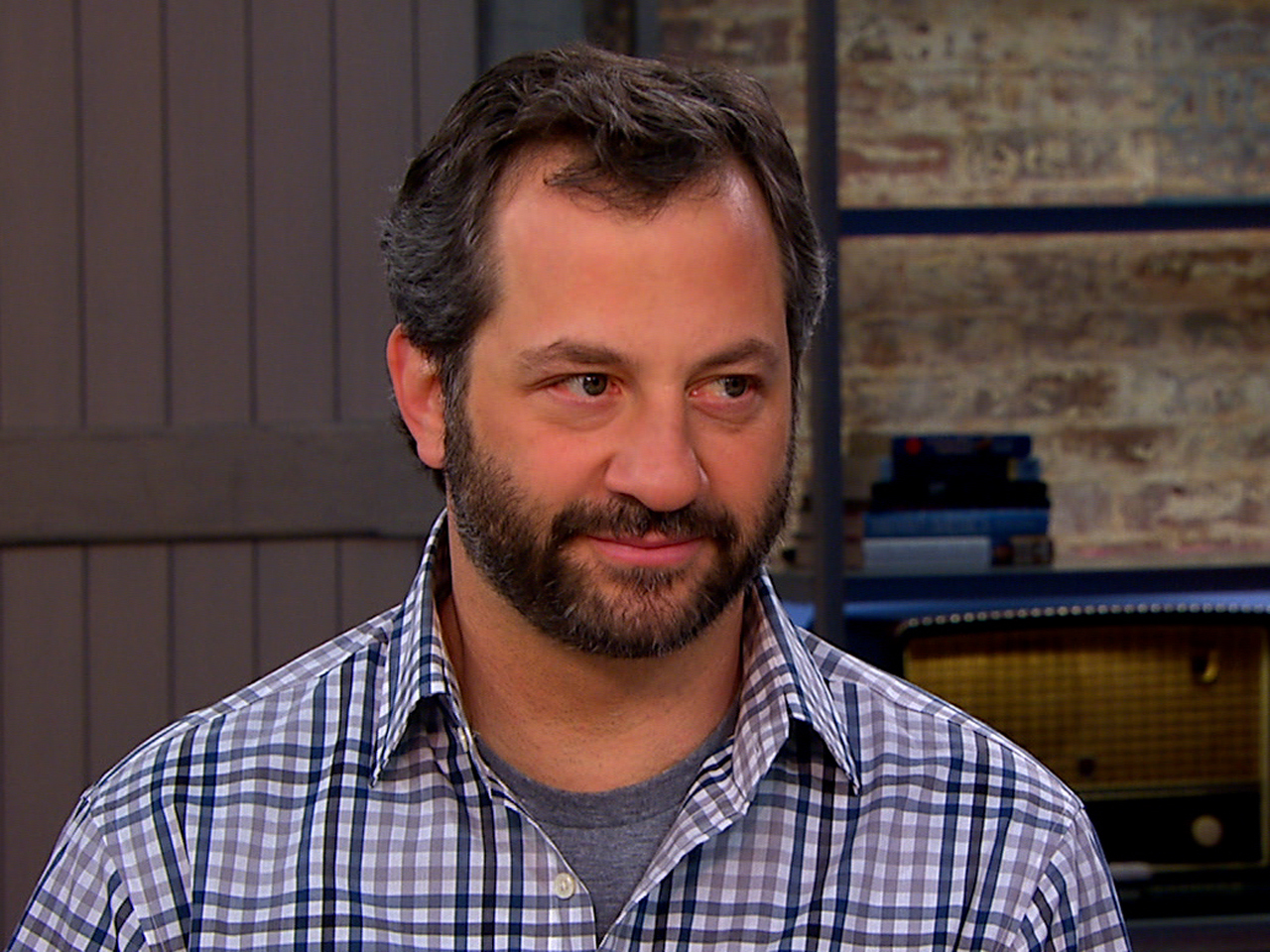 He puts on Charlie Rose in the evenings.

Apatow told Rose Wednesday on "CBS This Morning," "I watch your show every night because I love it, but it also puts my (child) to sleep."

Apatow continued, "Yeah. We watch 'American Idol,' and then I'm like so excited to watch you and she's like, 'Daddy, put it on the boring show now,' but here's what happens...now she doesn't go to sleep. She's like, 'Why does Romney want to give the rich people so much money?' I'm like, 'Go to sleep.'"

Rose said later, "Thank you for watching and tell your daughter to start staying up."

Apatow replied that his daughter is staying up. He said, "She's like, 'Daddy tonight the ambassador of Afghanistan is on.' I'm like, 'great.'" Then to Rose, "... I want her to be (smart). I'm going to train her with you."

In addition to talking about Rose, Apatow discussed his new comedy, "The Five-Year Engagement," which opens in theaters next Friday. He also spoke about his return to television, how his movies are written and produced and why he thinks Jason Segel has a "Frankenstein quality." Watch that discussion in the video above.